Fantasy, More Real Than Real: THE HOBBIT, HFR And The Future Of Movies 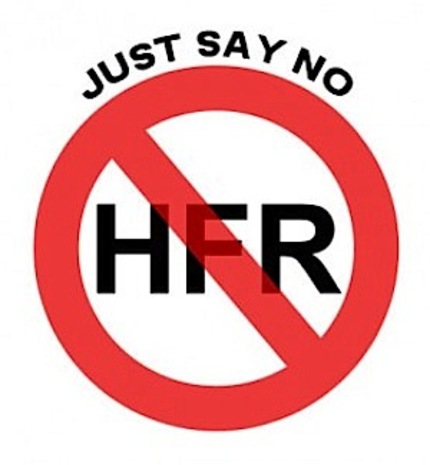 Earlier this year, I found myself at a friend of a friend's apartment watching Tod Browning's 1932 masterpiece Freaks through the "motion smoothing" filter on his HD TV.  For me, the resulting video-like image of what should be the opposite (which is to say, an absorbing film image - not so much sharp and immediate but lush and rich) robbed Freaks of its intended "filmic-ness", stripping it of the subtle texture and patina that is so accepted as what cinema ought to feel like.  As such filtering is force-fed upon an uneducated populace (uneducated not just about new HD TV technology, but about film language and cinematic nuance itself).
The Lord of the Rings filmmaker Peter Jackson has apparently decided, perhaps in deference to those who impart such HD TV manufacturing defaults that if he can't beat 'em as a filmmaker, he'll join 'em.  Consequently, he's gone to newfound pains to shoot and present (in mercifully limited selected theaters) his return to Middle Earth, The Hobbit: An Unexpected Journey in a potentially game-changing (game-ruining?) double frame rate.  The result, coupled with Jackson's accomplished use of 3D, has been hailed by some as a revelation, "like seeing a movie for the first time as though the glass has been removed from the window frame".  Others have decried it as a distractingly hyper-real live video aesthetic that at best "just takes some getting used to", and maybe works in certain moments more so than others.  What not many seem to be doing is calling out this high frame rate (HFR) technology for what it is: ultimately reductive to the filmmaking art form, and grotesquely anti-cinema. 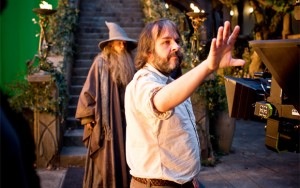 In regards to the prequel film The Hobbit, (read Jason Gorber's in-depth review here. My quick take?  Being a Tolkien novice but a great appreciator of Jackson's previous Middle Earth trilogy, this film, while generally satisfying, plays as an unnecessarily inflated thematic redo of The Fellowship of the Ring.) it must be stated that HFR detracts considerably from the established fantasy world of The Lord of the Rings - a place widely known and loved by filmgoers and Tolkien enthusiasts alike.  For many, The Hobbit represents a chance to return to that place.  Those opting for Jackson's preferred HFR viewing will be deprived that desired familiarity, perhaps not fully understanding exactly why it looks but doesn't feel the same as a decade ago.  For film devotees, the monstrosity of HFR creates a conundrum, as a director's preferred version of his/her work typically trumps any meddled-with versions of their film as the go-to version.  (The Hobbit is available theatrically at the conventional 24 frames per second on far more screens, although I have yet to have a chance to experience it that way.) 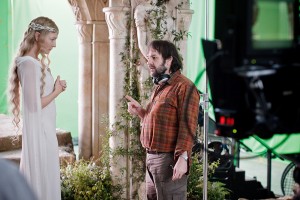 Without the softening grain and lushness of the 24 frame-per-second image (24 fps being the photographic equation historically tethered to 35mm film exhibition, as well as its high resolution film-like video supplanter in recent years) the window of the screen itself becomes strangely non-existent, weirdly inconsequential.  When Jackson comments "people under twenty will get it," what he's getting at is the you-are-there perception he's forcing, is in actuality a form of (false) interactivity.  Jackson wants to "take audiences there" more readily and effortlessly than ever before.  But my question is this: Just how much of audiences' mental absorption in regard to a conventional well-made film is generally due to technology beyond the filmmaking basics, and how much is good old competent cinematic storytelling?  Were the many, many rabid fans of Jackson's 24 fps LOTR trilogy any less transported, any less enthralled by his expert craftsmanship and tale telling than they are with The Hobbit at 48 fps? 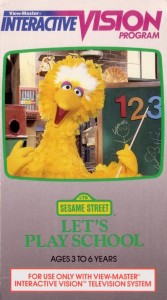 Of course not.  In fact, HFR is even more detrimental to The Hobbit, as it reveals established environs and even characters as complete and utter artifice. Sir Ian McKellan, so commanding as Gandalf the Grey? In HFR, he's now a great actor in an obvious costume.  The majestic Elven kingdom of Lothlorien?  Now merely the best fantasy set money can buy.  Or worse - in the extreme wide shots, it's a digital rendering, an obvious matte painting for a new generation.  It's like the difference between processing a costume on a character as part of a fully formed unquestioned vision (via great storytelling, and, as it turns out, the invisible barrier of filmic patina) versus seeing it on display in real life as part of a high-end museum exhibit, or worn by a devoted cos-player.  It's no longer part of a world so wonderfully other than our own; now our world has spilled into the window.  (But not really.)

Anyone who's set foot into a retail toy aisle knows that children's playthings have slowly become more interactive, busier, and less imaginative, less open-ended.  It's strange that although the youth-appeal mentality behind HFR and increasingly interactive children's toys is the same, even as the end result is essentially opposite; each is ultimately wholly anti-progress and detrimental.  This is the thing:  Film should not be "interactive".  HFR, although merely feigning actual manipulation-based interactivity (by presenting the appearance of an interactive cutting edge HD video game) keeps viewers traditionally rooted as viewers, the underlying mentality seems to be that Jackson is offering up something as a perceived step beyond that.

When one opts to experience a film, it should be a decision to turn oneself over to a filmmaker's vision.  (This is the inherent reason for the failure of such gawdy gimmickry as the choose-your-own-adventure cinematic blunder Mr. Payback: An Interactive Movie [1995], and other forgotten desperate movie experiments over the years.)  Children's toys ought to be immersive; ideally the less guided, the better.  And yet, it's been said that filmmakers are nothing if not grown kids at heart, making their livings by playing with filmmaking toys.  With Peter Jackson (a former schlock-slinger of the Ackerman generation, boyishly snickering throughout his varied career) and his HFR initiative, these mentalities collide in the worst and all around dis-servicing of ways. 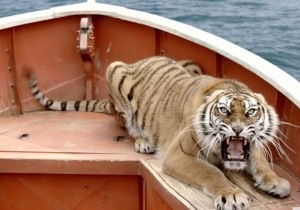 Is it true that we are less content to just watch a story any more?  Now do we really need to artificially "be there" with the characters?" For years, popular movies have faced increasing accusations of forsaking cinematic maturity in favor of pandering to children and childhood-level attention spans. In my lifetime, this came first with the rise and domination of the blockbuster over the auteur driven Hollywood of the early 1970s.  In more recent years, James Cameron and Robert Zemeckis have managed to legitimize such technical tools as 3D and motion capture animation, both previously dismissed as juvenile gimmicks. Despite a general critical disgruntlement with these and other recent shifts enabled by the digital filmmaking revolution, they were never toxic in and of themselves.

HFR is different.  While I'll begrudgingly allow for a "never say never" caveat in that HFR may be the right tool for precisely the right movie (which is exactly the case with 3D and mo-cap, both of which have proven artistically viable (Life of Pi and Hugo in 3D, Peter Jackson's version of Gollum or Cameron's Na'vi people in Avatar), the bottom line that is being so shockingly missed is that it is inherently reductive to cinema, dragging it downward towards the less developed sensibilities of television (many observations about the look of the HFR Hobbit have used terms such as "CGI Masterpiece Theater") and video games.

Now, those may be fightin' words to some, although the point here isn't to knock television and video games.  Those are both admirably evolving mediums that may or may not warrant the rise of motion smoothing settings, or "game modes" that are built into modern HD TVs as defaults.  Sometimes this is stealthily the case - when I bought our HD TV, I had to frantically dig deep into my TV's menu to discover and shut off this feature, lest my DVDs and blu-rays all be violently converted to a sharp, glaring rudimentary video-like aesthetic.  Perhaps the true horror here is that so, so many people are so intensely ignorant of such vital film art tropes as cinematography and grain quality that as they are made to upgrade to new HD TVs, they unknowingly accept the defaulting smoothness converter effect as high definition itself, leading to the terrifying ambivalence in regard to the HFR Hobbit that I've witnessed, even among fellow professional film critics. 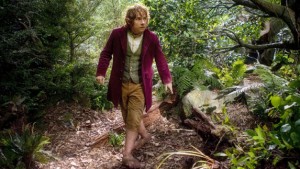 The story of The Hobbit centers on one character, Bilbo Baggins, a hobbit quite set in his ways, forced to leave his comfort zone and experience the freakish and deadly world.  His death-defying first-hand experiences are disorientation of the highest order.  Such is the effect of HFR.  As TV and video games ascend their artistic mountains (as they should), it is conceivable that for cinema, this "innovation" may be the bump over the apex, the nudge back down the wrong side of the proverbial mountain.  And a lonely mountain that will become for true film lovers.

For a diametrically opposed viewpoint to his on Jackson's 48fps experiment and the future of high frame rate filmmaking read Jason Gorber's piece here.

This piece was originally published at Jim Tudor's other online home, ZekeFilm.com