Mexico's HALLEY Brings The Undead To The Arthouse 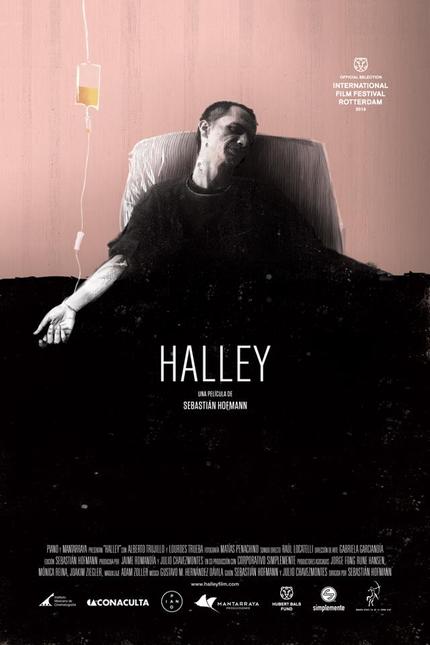 Freshly announced as a selection at Sundance, Sebastian Hofmann's Halley looks to be the most unusual sort of undead film: One that dares enter the arthouse.

Alberto is dead and can no longer hide it. Make-up and perfume can no longer conceal his quickly decomposing body. Dismayed, he decides to withdraw from the world. But before surrendering to his living death, Alberto forms an unusual friendship with Luly, the manager of the 24-hour gym where he works as a night guard.

In a world where it appears that everything that can be done with the undead has been done there's always a bit of a charge when somebody finds a new point of entry into the material and it appears that Hoffman has done exactly that. One thing's for sure from the trailer, if you're expecting a lot of running and shouting you're not going to find it here as the presentation opts instead to go direct for moody atmosphere. Take a look below.