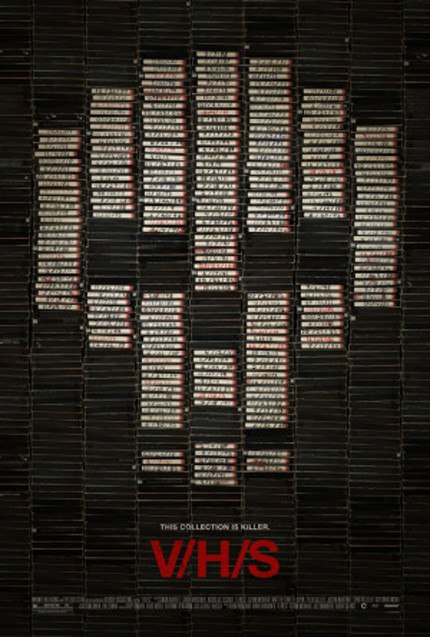 Though it may not have turned up on the official end-of-festival list it's clear that horror anthology V/H/S was one of the big winners of Sundance this year. The film was far and away one of the biggest buzz titles of the festival, walking away with a significant distribution deal to go along with the love. And that deal has now turned into the film's first trailer - a red band affair.

When a group of petty criminals is hired by a mysterious party to retrieve a rare piece of found footage from a rundown house in the middle of nowhere, they soon realize that the job isn't going to be as easy as they thought. In the living room, a lifeless body holds court before a hub of old television sets, surrounded by stacks upon stacks of VHS tapes. As they search for the right one, they are treated to a seemingly endless number of horrifying videos, each stranger than the last.