John Woo to Remake Seijun Suzuki's YOUTH OF THE BEAST 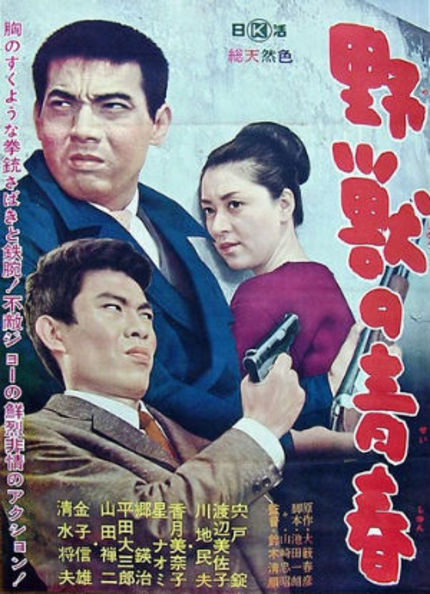 John Woo will direct an English-language remake of Seijun Suzuki's Youth of the Beast, to be entitled Day of the Beast.

Woo and his longtime partner Terence Chang will produce; the film will be a co-production of Woo and Chang's Lion Rocks Productions and the Nikkatsu Corporation. Rob Frisbee, who does not appear to have any previous credits, wrote the script.

In Suzuki's original, Jo Sushido starred as a disgraced former policeman who infiltrates two Yakuka gangs in order to clear his name and that of his boss (borrowing the plot description from Mark Schilling's excellent book No Borders No Limits). It's a variation on the plot idea first established in Dashiell Hammett's Red Harvest, one that has been adapted, officially or otherwise, by Akira Kurosawa (Yojimbo), Sergio Leone (A Fistful of Dollars), and Walter Hill (Last Man Standing).

The 1963 film came at or near the beginning of Suzuki's wildly experimental, cool-cat-crazy high-style phase, which would eventually get him fired by Nikkatsu. Woo has never been as stylistically daring as Suzuki, but Youth of the Beast is a product of its era, so it might be a very apt project for him to tackle; we'll have to wait to see who gets cast to have a better idea of what's in store.

Do you feel this content is inappropriate or infringes upon your rights? Click here to report it, or see our DMCA policy.
John WooRob FrisbeeHaruhiko OhyabuAction

More about Day of the Beast

I hope he'll be doing that instead of LIVE AND LET LOVE (which seems to be in difficulty financially), it would be a return to a John Woo not seen since the A Better Tomorrow films...
Indeed Cuttermaran, a Woo/Chow reunion is in order.

There will be no magic without Jo Shishido('s cheeks). Really, story is not the best in Suzuki's film, but Jo makes it work. At its best, remake will be average movie.