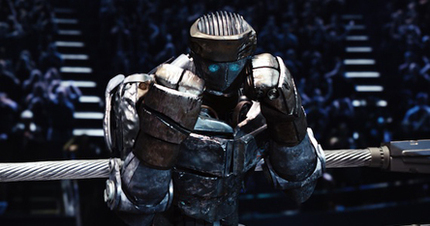 I take this opportunity to point out that Peter also LOVES Speed Racer.

Damn! I forgot to mention that! High five. :)

I haven't seen Real Steel yet, but I will admit I was a fan of Speed Racer as well.

I wholeheartedly agree with this article.

I also enjoyed the hell out of Speed Racer, so...There's a hope.

I'm not sure this is an article extolling the virtues of that robot pugilist movie as much as its an article who's sole purpose is to rob the word "best" of any meaning.