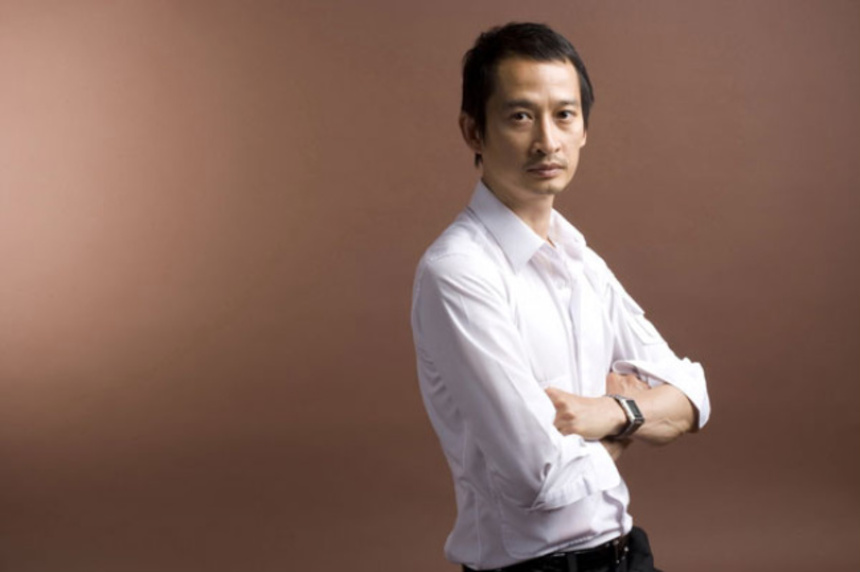 When I heard that Tran Anh Hung, the Vietnamese-born auteur of Scent of Green Papaya, Cyclo and I Come with the Rain, was going to be adapting Haruki Murakami's Norwegian Wood back in 2008, I couldn't be happier. I honestly couldn't think of a better match and have been eagerly anticipating its release. With the film's North American release finally slated for January 6th, I had a chance to sit down with Tran for an interview.


As we all know, Haruki Murakami is a literary superstar. How did you get involved with this high-profile project?

I read Norwegian Wood in 1994 and since then, every time I visited Japan I wanted to talk to someone about adapting it. But there was no one to talk to. It turned out that Murakami didn't allow any movie adaptations of his books. Then about 5-6 years ago, the distributor (Sony Pictures) of my film Vertical Ray of the Sun, got in touch with me. They remembered my desire to adapt the book and told me that Murakami just allowed one of his short stories (Tony Takitani) to be adapted, that it might be a good time to try again.

They advised me sending a personal letter to Murakami and that's exactly what I did. He responded, "Okay, come and meet with me in Tokyo." So I spent two days in Tokyo with his team. There were about 12 people at this round table, asking me all kinds of questions in preparation for me to meet with him. But the actual meeting between us was pretty simple. As soon as I started talking about how much I liked the book and why I wanted to adapt it, Murakami stopped me and told me that he wouldn't give the permission to anyone else but me.

Obviously there was a mutual respect between you too.

I think he saw something in my movies that fit with his writing. He made it clear that he was giving it to me, not to the producers. He was very clever putting me in that strong position. He also wanted to read and approve the script and asked for the budget figure.

This was your first time adapting someone else's material. How was that process?

It's quite interesting, because when you are writing your own script, you have to discover various characters' emotions step by step, as you write along. But if you are adapting someone else's, the emotions are already laid out. You just have to translate that on to the screen. It's different.

But it wasn't my first adaptation. There were other projects that didn't happen. That explains why there was 5 year gap between Cyclo and Vertical Ray of the Sun and I Come with the Rain 8 years after that.

I was always wondering about the fact that there are only 5 Tran Anh Hung movies in the last 20 years! Obviously not enough for your fans! What was the project that fell apart? If you don't mind me asking.

It was a great book called Night Dogs by Ken Anderson, about a Vietnam vet, set in 1975, Portland, Oregon. After I read the book, one of those eureka moments happened. I got up one morning and my head was filled with Jimi Hendrix songs. (Claps his hands) Bang! I really wanted to use about 11 Jimi Hendrix songs for that adaptation. It would've been great. It had Adrien Brody, Holly Hunter, Elias Koteas and Harvey Keitel attached...

Well, Adrien Brody won the Oscar and didn't want to do it anymore. (Laughs) Actually it was more complicated than that. Canal +, which initially greenlit the project went through a management change. And the new guy said, "If there is any change in this project, we are axing it". Then Adrien dropped out.

Norwegian Wood is essentially a Japanese period film: shot in Japan and with Japanese cast. Did you do any research on that period (1960-70s) of Japan?

No. Not at all. My wife Yen Khe (Tran Nu Yen Khe, luminous actress in all Tran's other films) did costumes and production design for the movie. So we talked a little bit about that. But all the research was for her to do. I didn't feel I needed any research for the characters at all.

I didn't want to have that 'vintage' movie. I didn't want the audience to come out of the theater and go, "I really want that jacket." Same with the furniture. (laughs) For me, it was all about actors and how they convey those emotions.

You worked with Mark Lee (Lee Ping Bin, mainly known for his work in Hou Hsiao Hsien films and Wong Kar Wai's In the Mood for Love) on this project.

Yes. We worked together on Vertical Ray of the Sun and I really wanted him again for the project. When he moves his camera, the psychology of the characters are always on his mind. That aspect of him is quite precious to me. And he is like a big brother. When I'm ever in doubt and need a shoulder to cry upon, he's there for me.

How was directing all Japanese cast?

Very easy. When they are good actors, it's not really much of a problem. I never tell them 'do this or do that'. We talk about the scenes and on the set, I ask them to show me and we go from there. When I asked her (Rinko Kikuchi) to cry in one of the pivotal scenes [when Toru Watanabe (played by Kenichi Matsumura) and Naoko (Kikuchi) make love for the first time, then she disappears the next morning] while, how do you say, not showing too much with her face, you know, while keeping a straight face, she understood in preserving that beauty of the moment. She could pull it off because she is a great, intuitive actress.

The reason I loved the book so much was that it is (for me) the best book I've ever read about the first love experiences. Is that what rang true to you?

Yes, of course. There is an element of danger when you fall in love for the first time. The way you act, each word you say, each gesture, everything you do is so delicate and precious. There is definitely danger in that relationship, like Kizuki (played by Kengo Kora) and Naoko's and later with Watanabe's.

You used Radiohead's music number of times in your previous films and Jonny Greenwood did the soundtrack for this movie. How did it come about?

It was after I heard what Jonny did on There Will be Blood that I had to bring him in. It sounded so different from anything else. Jonny is a serious man and his music reflects that. But he can pull beauty out of the darkness.

So what are you working on now?

It's a complete French movie. It's another adaptation from a book. Honestly, this project will change the way I make movies. But I can't divulge much about it because we are still in negotiations. After that, my producer will need to raise money and all that.

Hopefully I can expect another Tran movie in 2-3 years, sooner maybe?


Norwegian Wood opens January 6th in New York, Washington DC and in other cities on January 20th. Check on the movie's official website for more info


Dustin Chang is a freelance writer. His musing and opinions on the world can be found at www.dustinchang.com