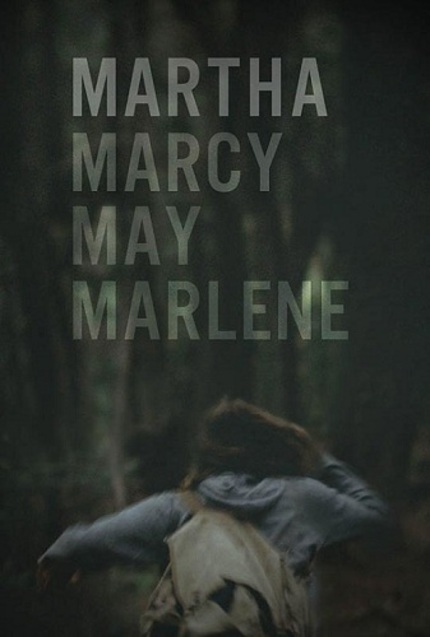 The Melbourne International Film Festival (MIFF) is in its glorious 60th year and below is a review for just one of many diverse films screening.

Martha is a confused and scared girl. She leaves the conflict of her normal life behind her and joins a farming community that have all the values that seem to reject the notions of selfishness, greed and other possible negative connotations to society.

As Martha adjusts to the life and is given a role, she sees and initially accepts the treatment of women and the authoritarian control that Patrick, the 'leader' begins to abuse.

When she is rejected by him and after a tragic event, Martha flees and her estranged sister and reluctant and high strung partner take her in.

However Martha cannot adjust to the real world, refuses to reveal her sordid past to anyone and begins to lose her grip as paranoia sends her reeling and questioning everything around her.

Director Sean Durkin is a definite talent to watch. Martha Marcy May Marlene is his first feature film but from the masterful handling, pacing and shooting of this deeply troubled story, it is not an obvious debut. Together with his deft hand he guides the third sister of the Olsen's, Elizabeth Olsen through mental drudgery and complex emotive trials. She earned her 'darker' acting chops through the solid Silent House but has definitely shown improvement in Martha Marcy May Marlene.

The purity of nature and hard working community spirit was an enticement that Martha could not resist, but one that also hides far more sinister purposes. This much is clear from the opening shot as she runs away from all that she relearned, to be caught in a flux with a complete lack of identity and major conflict (alluding to the many names associated with her maiden one). The initial scene is slightly confusing; a member of the community talks down to her and leaves, which then leaves her in a state of panic.

Martha's paranoia only seems to escalate from this point. It is palpable even when she is in relatively safe care with her sister Lucy (Sarah Paulson) and her partner Ted (Hugh Dancy). They are the films only weakness; both are over-acted and wooden, neither have any real chemistry towards each other or towards Martha, but perhaps this is the point in which to drive home the isolation and lack of connectivity and community in stark contrast to the farm. Her interference in their lives escalates like her paranoia and each time the film flash backs to the farm the situation there also becomes increasingly unnerving and unstable.

Martha Marcy May Marlene incorporates the use of space to help define Martha's mental state. The film flashes back and forwards from Martha's life at the farm to her troubled integration into her sisters, and each time there are visual cues and jarring changes of scenery. The close-knit community on the farm as opposed to the hollow and empty conservative modern holiday home, the beverages she drinks that jump cut to a similarly coloured drink she consumes on the farm, her two very opposed sleeping quarters and her purpose versus lack thereof are all enough to be considered different, but still link Martha to the bad connotations of her past. She even begins to hear and see things such as a man whose attire resembles that of someone on the farm, and in her restlessness hears rocks being pelted onto the roof of the holiday home at night. Whether these are paranoid delusions or actually happening is one of Martha Marcy May Marlene's strengths, as it maintains an element of mystery.

Martha Marcy May Marlene depicts Martha's integration back into 'modern society' as severely problematic. She causes all sorts of trouble that alludes back to the relearned values of the farm and includes public nudity and invasion of privacy which deeply upset Ted, as he deals with his own stresses and pressures of the working world which Martha does not relate to and rejects causing conflict between them.

These aforementioned values come from the charismatic, gentle speaking but sociopath Patrick (John Hawkes). He is a distant man which contradicts the preached values of togetherness on the farm. He charms one newcomer before quickly moving on to another. Patrick serenades Martha with a song, treats her gently, beds her but also plants doubt and keeps her hooked and unstable while he pursues other newcomers. He is a man without empathy which becomes the catalyst for Martha leaving, as does the treatment from Martha's 'best friend' Zoe (Louisa Krause), who seems as warped and possibly more violent than Patrick himself.

Martha Marcy May Marlene benefits greatly from Olsen's perfect portrayal of an ex-cult member. She is fragile, defensive, antisocial but willing and ultimately traumatised. Her past situation is dire but it still does not prevent the complex feelings she has towards her sister and it seems time has not healed all. Martha Marcy May Marlene, like the title, is a multifaceted film that juggles all the elements and through perfect pacing and skewed perspective strongly delivers an accomplished psychological thriller.