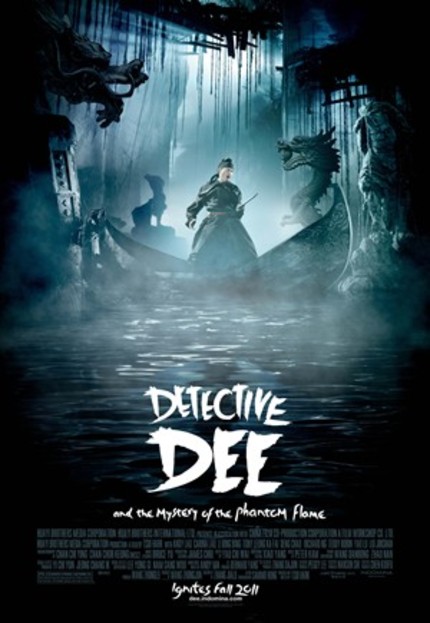 Tsui Hark's Detective Dee And The Mystery Of The Phantom Flame goes into limited theatrical release on September 2nd in the US and we've got four new clips from the film to whet the appetite.

On the eve of her coronation as Empress (Carina Lau, 2046), China's most powerful woman is haunted by a chilling murder mystery: seven men under her command have burst into flames, leaving behind only black ash and skeletal bones. Recognizing this threat to her power, she turns to the infamous Dee Renjie (Andy Lau, Infernal Affairs, House Of Flying Daggers): a man whose unparalleled wisdom is matched only by his martial arts skills.  As he battles a series of bizarre dangers, he unveils a chilling truth that places his life, and the future of an entire dynasty, in peril.

A triumphant return to form from one of cinema's greats, Detective Dee is Tsui Hark's best work in years and a film very definitely best appreciated on the big screen. Here's the release schedule:


Check out the clips below!