Charles Webb
Contributor; Seattle, Washington
Tweet Post Submit
[Update: Indomina was kind enough to pass along to provide us with these prize packs, so I thought I'd pass along another contest they're running in conjunction with the upcoming release of Griff The Invisible. They're offering up a poster from the movie signed by star Ryan Kwanten, a Blu-ray copy of the film, and here's the kicker: a custom 12" action figure in your likeness. You can find more details at the contest's Facebook page.]

With the December 13th U.S. release of Tsui Hark's Detective Dee And the Mystery Of the Phantom Flame almost upon us, distributor Indomina Releasing has been kind enough to offer three prize packs featuring a Blu-ray copy of the movie as well as a poster designed by Chris Parks (aka Pale Horse).

Here's the official synopsis of the film:

A bizarre murder mystery brings together the most powerful woman in China, the soon-to-be-Empress Wu Zetian (Carina Lau, Curiosity Kills the Cat), and a formerly exiled detective, Dee Renjie (Andy Lau, Three Kingdoms: Resurrection of the Dragon), at the infamous Imperial Palace. Hoping that he will solve the crime before her coronation, Wu appoints Dee Chief Judge of the Empire and implores him to combine his indisputable wisdom with his unparalleled martial arts skills to save the future of her dynasty. Director Hark Tsui (Seven Swords) teams with stunt director Sammo Huang in this heart-pounding, epic thriller inspired by the incredible true story of one of the Tang Dynasty's most celebrated officials.﻿

So what do you have to do to win this incredibly easy contest? Between now and Wednesday, November 30 at 11:59 PM PST, simply follow @ScreenAnarhcy and then retweet the link to this contest with the hashtag #DETECTIVEDEE. Winners will be notified by DM

Sorry, the contest is only open to U.S. residents.

And here's that lovely poster: 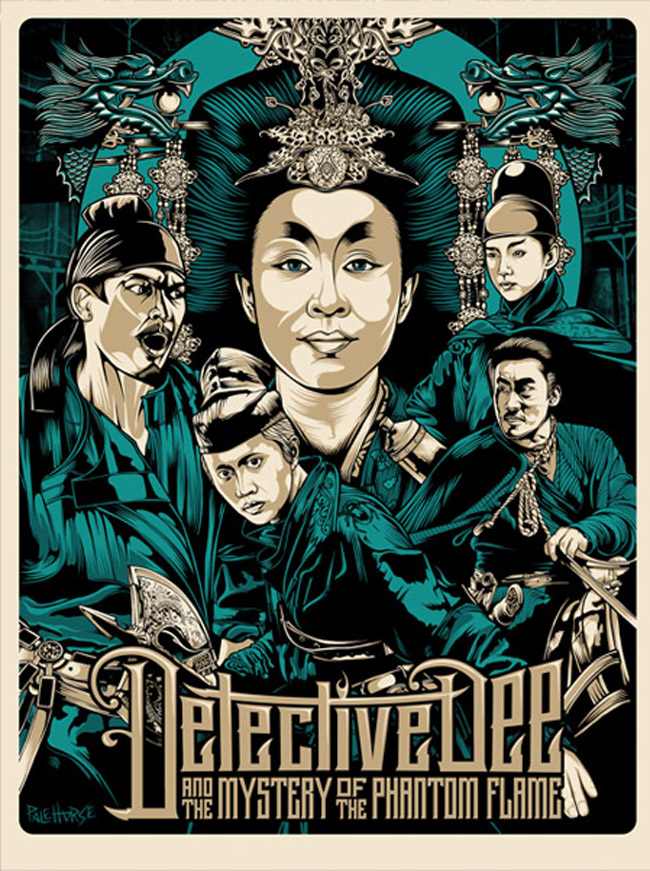