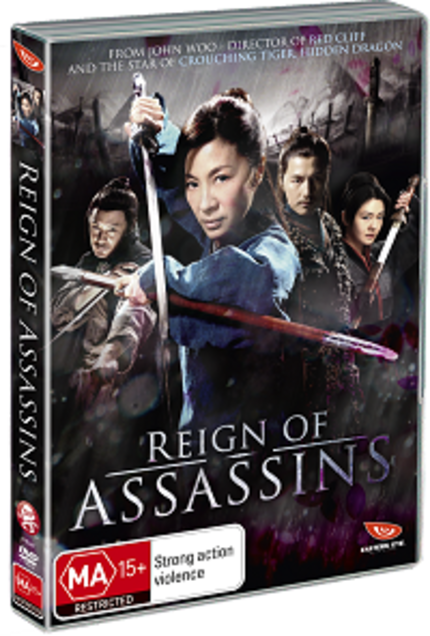 This is an awesome one. Courtesy of our very good pals at Dangerfield and Madman, who will be releasing Reign of Assassins in Australia on DVD and Bluray 22/06.
You can be sporting a seriously kick-ass samurai-umbrella. What does that mean exactly? Well see the pictures, it has the hilt, a sheath and protects you from the evils of the unpredictability of Australian weather! 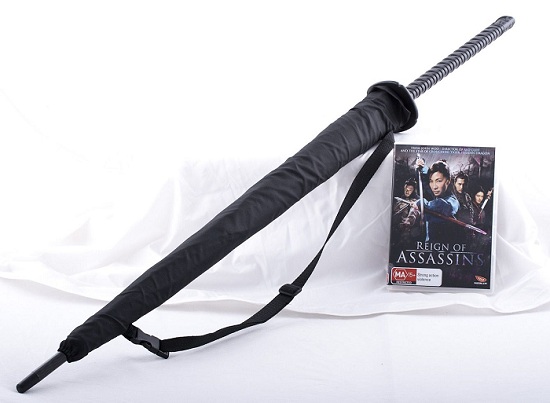 This is all to celebrate the seriously epic martial arts flick Reign of Assassins, as produced by John Woo and starring Michelle Yeoh, synopsis is as follows...
"In Ancient China, "Drizzle" is the most deadly and ruthless assassin of the Dark Stone gang. After a life of theft and murder, she seeks to atone for her ways and leave the gang forever. Undergoing a drastic procedure to alter her appearance, she changes her name to Jing and starts a new life in the capital. Even with her new-found life as a shopkeeper and a budding romance to Ah-Sheng, the Dark Stone gang is hot on her trail. She alone holds the secret of the mystical Buddhist monk's remains, which legend says the possessor will gain control of the whole world. The gang will stop at nothing in their pursuit to control this power."
To get your hands on this awesome apparel and fight off your own 'drizzle' simply write a haiku about fighting in the rain in the comments below, the most interesting ones will win!
Please remember this contest is unfortunately limited to Australian residents only.
Competition will close 31/05/2011, good luck!