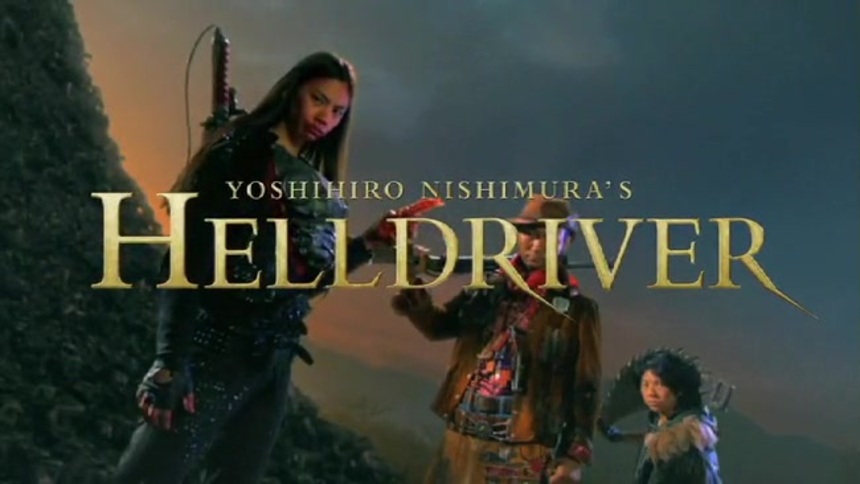 [Because the 'official' world premiere at Sitges has just wrapped up - the Fantastic Fest secret screening doesn't count - we present, once again, the first teaser for Nishimura's Helldriver.]

He's brought us post-apocalyptic mutants. He's created arguably the most blood drenched romantic comedy of all times. He has weaponized literally ever possible part of the human body. And now director and effects maven is indulging his itch for the undead. Epic scale despite the micro budget, Yoshihiro Nishimura's Helldriver reunites the Tokyo Gore Police director with Audition star and frequent collaborator Eihi Shiina for what is surely one of the most ambitious and flat out crazy zombie pictures ever made.

The film premiered to mixed response at Fantastic Fest - there was a certain amount of sensory overload at play - but for those of you who couldn't be there ScreenAnarchy is now proud to premiere the first trailer for the picture. And believe me, as crazy as this thing is it only scratches the surface of what lies within the complete picture.

And if any New Yorkers want a taste of madness, Sushi Typhoon is taking part in the New York Comic Con with a panel at 2:30 Saturday afternoon in between screenings of Mutant Girls Squad Friday at 7:45 and Alien Versus Ninja Saturday at 5:45.
Tweet Post Submit