INCEPTION is a moviegoers dream. 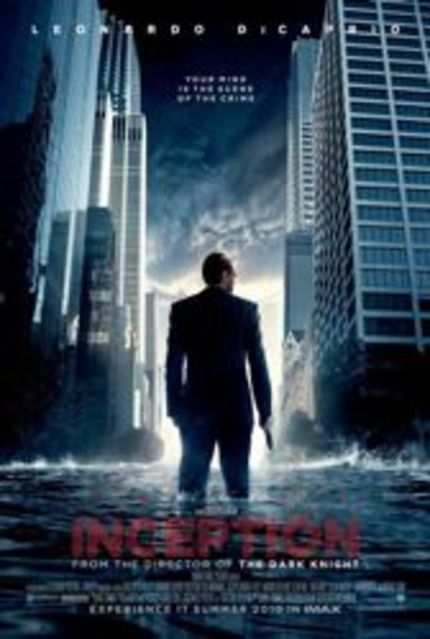 A late review was inevitable for me here. It wasn't scheduling. The tardiness has more to do with really sussing through what I wanted to say. Some films, most really, present themselves whole cloth. They aren't hard to write about, or they strike a chord that's highly emotional. Inception does exactly what it's title implies. It burrows deep, requires intense concentration, not so much to follow the plot, as to keep track of ones own emotional inventory. What a wildly interesting, visually inventive exercise in movie making. Inception will be criticized as being overlong at 2 1/2 hours and there is no doubt I was a little less moved than I wanted to be by the films conclusion but I would watch this again in a heartbeat and cared more than enough for all the characters to recommend it to fellow film lovers.

But what is it exactly? Ostensibly it's the story of a team of memory extractors able to enter business executives dreams, for the purpose of psychic industrial espionage. But Inception, which takes place in reality, in dreams and in dreams within dreams, is less about waking up to reality ala' The Matrix and more about facing the darkness within. Armand White of the New York Press curiously enough hated this film as just another example of what he calls director Christopher Nolans nihilism. Absent, he complains, are the grand inner dreamscapes of the human spirit ala What Dreams May Come. I say that if Nolans films take place in a dark world then they remind me of the line that closes the film Seven "The world is a fine place and worth fighting for." Muses Det. Sommerset. who has decided not to retire, "I agree with the last part." Nolan's films are full of broken people that Armand White clearly can't identify with and audiences that do (at least in the case of Inception) are, according to White, naive. In White's view only the morally pure should draw audience sympathy or empathy. One wonders what planet he lives on. Presumably it's one that also gave thumbs up to Jonah Hex.

Everyones motives are in question in this film and that's what makes Inception so interesting and compelling. Also compelling, perhaps moreso than any other Nolan film, is the way Inception shows us just how people pay for their choices. No gets off scot-free here. Inception is a film about owning what we believe, what we choose, and living with the inability we all have to embody our ideals.

Visually this film might just take apart your idea of what a movie is and how it works to convey story. At one point there are four separate timelines operating onscreen with a sense of place and time denoted via slow motion, a dreamworld in which gravity does not apply, real-time motion, and a sequence involving a shootout in a snowy mountainous area. Each one remains distinct and yet because of the masterful cutting we the audience understand exactly how they fit together.

Another thing that must be noted is the way the special effects are utilized or rather under-utilized. They are everywhere and nowhere helping tell the story without ever getting in the way or seeming gaudy. Th same with the films many action and fight sequences which flow by as purposefully as the more serious dialogue in the film.

Casting here is interesting to say the least. What's most dynamic about it is the mix of established and new talent bouncing off of each other. What a joy to watch Ellen Page get to go head to head with Leonardo DiCaprio who's recent turn in Shutter Island shows him to be finally be outgrowing his baby face. Not so fortunate is Jospeh Gordon Levitt who just doesn't have enough gravitas for a role that could have been more memorable in the supporting hands of someone like Cyrian Hinds. Dileep Rao (Drag Me To Hell)  and Ken Wattanabe make solid anchors for support but the truth is the cast of outstanding players just goes on and on. Tom Berenger, Lukaas Haas, Cillian Murphy, Pete Postlethwaite and Marion Cotilliard. Inception is so over brimming with acting chops that it's highly likely why I found Levitt a little bland. There are no weak links in the cast.

Inception will almost certainly (and justifiably) cement Nolans reputation as the director of the first decade of the new millenium. Not even Guillermo del Toro has created projects on this scale so consistently. This may appear blasphemy to some but Ill stand by the assessment after a quick peak at IMDB I think most will agree. And the truth is how a film this good could possibly be Nolans followup to the exhausting monument of The Dark Knight boggles the mind.