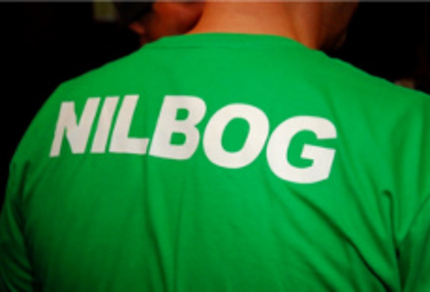 Troll 2 is a low budget Italian horror movie devoid of most attributes that are normally associated with good film making. The title is designed to capitalize on an unrelated film, John Buechler's Troll. In spite of being having the word troll in the title, there movies features no trolls. Characters utter random or obvious statements that stop the film dead in its tracks. Scenes occur with no discernible relationship to the overall narrative. Every single performance from the leads down to the extras in rubber masks and potato sacks is awkward. The lowly costumes, which were designed by Laura Gemser (Black Emmanuelle) are as ugly as their creator is beautiful. All of these elements add up to a goofy movie that has gained a large cult audience through video, late night cable and more recently, a series of well-attended screenings throughout the United States. This swell of fan fervor in Troll 2 inspired one of the film's actors Michael Paul Stephenson's to create a documentary called Best Worst Movie.

Best Worst Movie uses a mix of original footage and clips to examine both the lives of the Troll 2 cast and crew and the film's recent emergence as a cult phenomenon. Troll 2 actor George Hardy is used as a gateway into both aspects of the film. This is a wise approach since Hardy, a successful dentist in a small Alabama town, is a rather affable and charming fellow whose personal experiences embody one of the film's underlying themes: life does not always turn out how one might expect. Most of the Troll 2 actors, including Hardy, hoped to have serious careers in the film business. The single obstacle standing in each of their paths is the fact that their first screen appearances were in such a condemned movie. As Stephenson travels across the United States and elsewhere for screenings and conventions, he seeks out other Troll 2 actors to get their thoughts about the movie and its effect on their lives. Even decades later, Troll 2 seems to haunt some of them like a prison tattoo. On the other hand, some of the actors really display an affinity for the movie or at least their participation in it.

The actors get much of the screen time but some of the best scenes feature Troll 2 director Claudio Fragasso and his wife Rosella Drudi. Until recently, the couple was apparently unaware that people liked Troll 2 because it is lousy. In fact, Fragasso is shown pontificating about the film in a way that seems contrary to any objective interpretation. When he finally figures out why people like Troll 2, he seems embarrassed and frustrated. After a while, he seems to begrudgingly accept how most people perceive his movie. Numerous unguarded moments such as this give the film an emotional complexity that probably would not have occurred if the movie focused entirely on Troll 2 fans.

By paying tribute to dedicated cult movie fans and the creative people who unintentionally fuel their mania, Best Worst Movie reveals the human heart that beats beneath even the lowliest movies. The movie is engaging, well made and touching in a completely honest way. Best Worst Movie plays at SXSW on the following dates: Saturday, March 14, Monday, March 16, and Friday, March 20.

Do you feel this content is inappropriate or infringes upon your rights? Click here to report it, or see our DMCA policy.
Michael StephensonGeorge HardyLily HardyPita RayMicki KnoxDocumentaryComedyDrama

Sounds like a must-see. I remember the first time I saw clips from "Troll 2" and couldn't believe it wasn't a parody.

The only film I know of that's possibly worse is King Kong clone "Ape".

Troll 2 is really quite a spectacle. The first time I saw it, I had no idea what I was getting into. The original Troll was goofy, but fun, so I figured, why not? Whoa. Troll 2 was off the charts silly. Worth watching, though, because you're unlikely to see this much campiness anywhere else, ever.

Pocket Ninjas is worse (and better for that reason) imo.

This doc will be playing at Hot Docs in Toronto in May, and having seen Troll 2 and met some of the actors, I'm looking forward to it.

Can't wait to see this.

badmovies.org has been pushing it (interviews with Hardy, etc) for years - it'd be interesting if they had any participation with the doc.

There's so much fun to be had with Troll 2. For instance, the goblin masks are just decorated Nixon masks.