Donnie Yen is (not!) Retiring 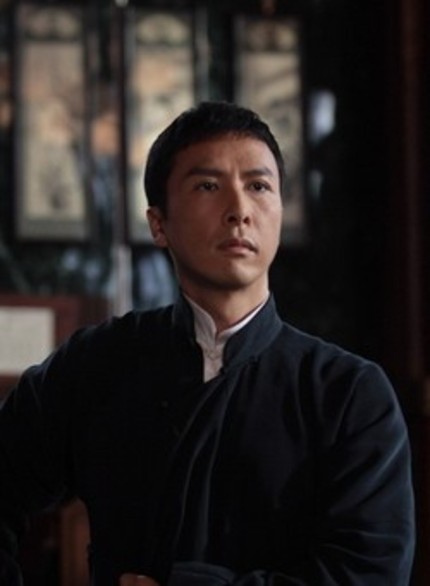 I was waiting for some real footage before covering Wilson Yip's upcoming 葉問2 (Ip Man 2), sequel to last year's madly energetic biopic of the Wing Chun pioneer, but today's press conference and a few words by Donnie Yen himself are worth mentioning. We'll leave details about the film to when we can actually show you something (this second installment will focus on Yip's days in Hong Kong, and a younger, pre-legendary status Bruce Lee), and Yen said himself the series is likely to stop at 2. But this we can certainly say now: he's not retiring. Not next year, and not at 50.

Donnie commented that considering his body is not what it used to be, and that he's been shooting action films non stop - just this year, 十月圍城 (Bodyguards and Assassins), 錦衣衛 (14 Blades), and this - the fatigue and pain are starting to seriously take their toll, so he gets the urge to quit every time one shoot ends, energy which comes back right away, after a little rest and some time to recharge his batteries. Seems like it was just something said in the frenzy of the moment.

So the idea is... we might not get a third installment of the Ip Man series, and Donnie might move to slightly less demanding work down the line - next is Andrew Lau's 夜行侠陈真 (The Legend of Chen Zhen) - but he's not leaving us anytime soon. That's your good news of the day...