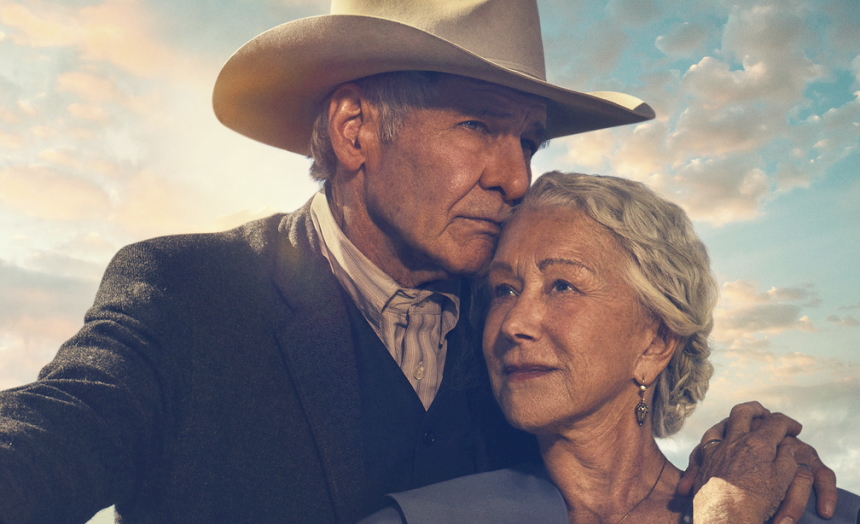 The star-system is not quite dead. Today we are stepping out of the usual 'movie poster' space, albeit looking below, you would never know it. 1923 is prequel series to long-running (and highly franchise-able, apparently) neo-western Yellowstone. Helen Mirren and Harrison Ford have not exactly been doing television (to the best of my knowledge), and to get both of them for a two-season run is a coup of sorts for showrunner Taylor Sheridan (Wind River, the Sicario screenplay).

And below, what a beauty, a magic-hour lit photo (by James Minchin) of the two actors in an intimate, yet stoic, pose. The intimacy is indicated by the way Mirren clasps Ford's hand, over her shoulder. The stoicism is noted via actors looking off into their own horizons, and their visages existing slightly in the shade, not in the direct golden sun. The big Gone With The Wind sky and the warm, yellow lighting complete the entire effect of old silver screen glamour. The Art-Deco typesetting of the title (note: over the actors' hearts, not their heads) seal the deal.

Now, I know the purpose of this is to market the upcoming series, and contextualize brand synergy (cough, cough), but my only gripe here is the text below the title. Hear me out. This sullies the overall cinematic effect here with its connection to its other Yellowstone properties (Yes, there is another series starring Sam Elliot), and the indicator that it is indeed a streaming series, and not a film.

If you needed further proof that series TV and feature film are now fully blurred together, just remove the bottom text in your mind's eye, and you know you would have thought this was an old-school Hollywood western. 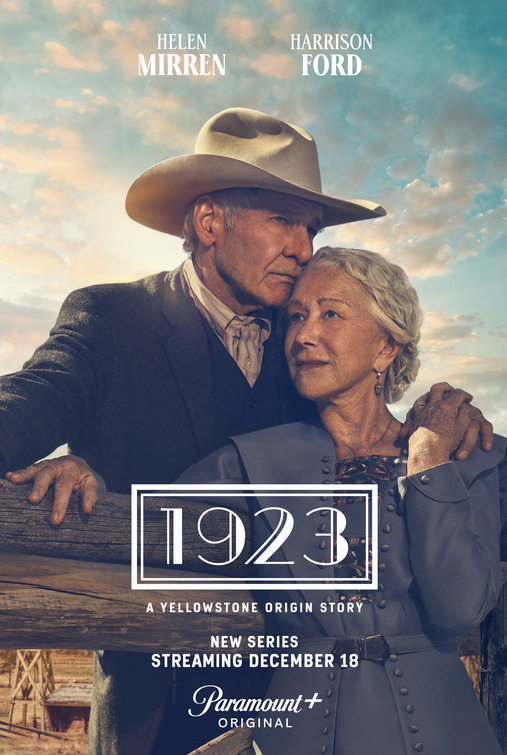 Do you feel this content is inappropriate or infringes upon your rights? Click here to report it, or see our DMCA policy.
1923Harrison FordHelen MirrenJames MinchinLEROY & ROSEParamountPeriodPrequelStarsStreamingWesternYellowstone