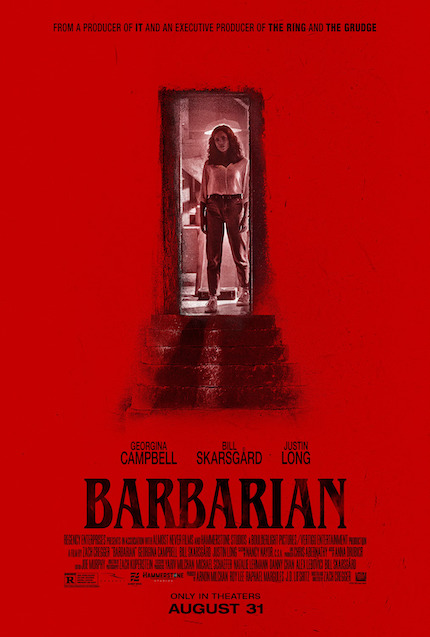 Nothing says "stranger danger” like showing up at an out-of-town Airbnb in the middle of a downpour, finding entry into the rental blocked, the owners unavailable to take your frantic phone call, and someone else already inside, enjoying the warmth and the comfort that contractually belongs to you.

It’s enough to make Tess Marshall (Georgina Campbell), the leading character in writer-director Zach Cregger’s feature-length debut, Barbarian, bolt from the premises and back into the dark. Except, of course, it’s late, she’s tired, and she has a potentially life-changing job interview the next morning in downtown Detroit with a documentary filmmaker.

Besides, the stranger in question, Keith (Bill Skarsgård), seems to anticipate and counter every objection Tess can possibly make even as she warily decides to spend the night, taking the bedroom (only after sheets are changed), and locking the door. Cregger spends narrative real estate teasing out Tess’s understandable wariness and eventual decision to spend the night, making Tess the rare genre character who, while not recognizing she’s actually in a horror film, acts and reacts within the parameters of normal expectations, right up until she wakes up in response to a noisy Keith in mid-nightmare.

Tess’ decision to return after her interview, however, pushes the believability factor, though somewhat understandable given the warming relationship she’s begun to develop with Keith. Unfortunately for Tess, if not the audience on the other side of the screen, whatever future she thinks she might have with or without Keith runs afoul of a skin-crawling discovery -- a hidden set of rooms and a seemingly endless series of tunnels under the house -- after venturing innocently downstairs for much needed bathroom supplies.

At least initially, Barbarian unfolds as a tense, high-stakes two-character drama centered on Tess and Keith, with Keith, the "stranger" in the “stranger danger” scenario adding just enough doubt about his real intentions toward Tess for the audience to empathize with and root for Tess to make it out alive. Casting Skarsgård, so memorable as Pennywise the Clown from the two-part It film, as Keith was something of a coup. Even when everything about him or his demeanor suggests good intentions or innocence, audiences can’t help but suspect something’s amiss, and that Tess should give into her base instincts and run or drive away as fast as humanly possible.

It's then, however, that Cregger reveals his first of several, possibly too many, swerves and switchbacks, adding a potentially new existential threat to Barbarian. Much like last year’s winner of the Embrace the Insanity Award winner, James Wan’s delirious, enthralling Malignant, all of those turns and feints can be a bit too much for audiences expecting a far more straightforward thriller.

Cregger leaves audiences with little room for vacillation: Either accept where he decides to take Barbarian narratively or exit the film (and the theater) immediately. For those who do accept Barbarian’s unpredictable, chaos-filled story, a steady stream of horror, humor, and terror await, right up until the final, reality-bending moments.

A comic actor by trade and background, Cregger understands that there’s a thin, often permeable line between horror and comedy, between gasping and laughing, often in the same scene or even the same shot. From the first, overdetermined shot of Tess’s temporary sanctuary and potential prison, shot so it appears to be the only structure on a residential street, to the reveal of the rental’s carefully delineated interior (larger on the inside than it is outside), and on through claustrophobic shots of the hidden rooms and tunnels under the rental (an homage, in part, to Wes Craven’s The People Under the Stairs).

Like most of Craven’s filmography, Cregger isn’t hesitant to inject Barbarian with political and social commentary, from Tess, a Black woman in a white-male dominated world, often being ignored or dismissed by authority figures or seen as disposable by others when unseen dangers become seen. Tess’s precarious position is made all the more precarious because she's both a woman and Black. Other women also don’t fare particularly well in Barbarian, suggesting the title refers not to to a particular character or characters, but to the patriarchal system that demeans, degrades, and devalues women. 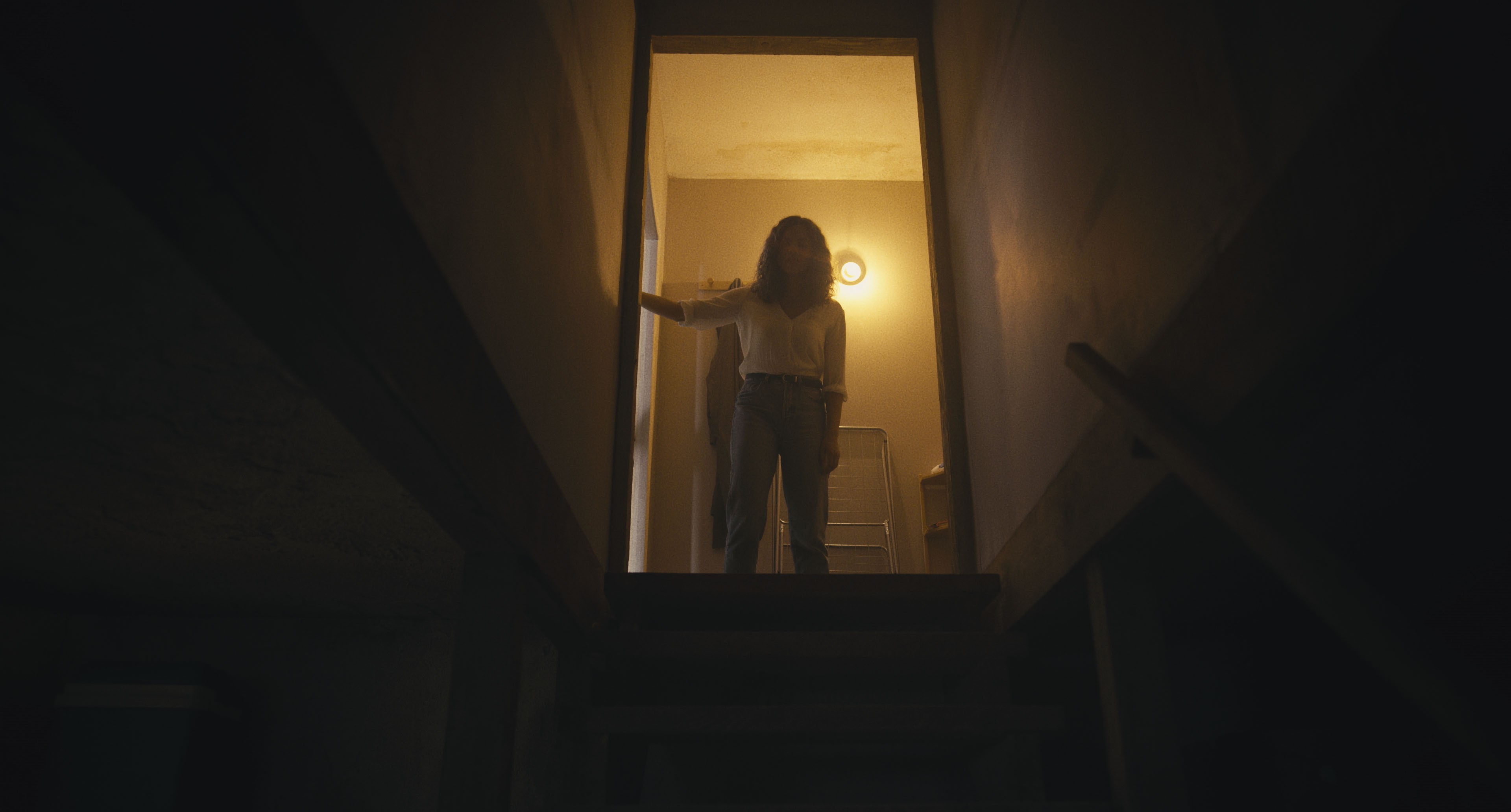