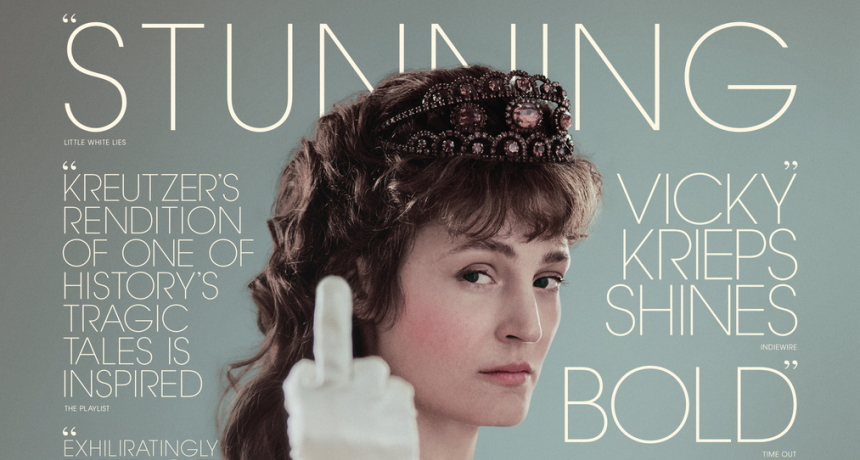 Due to the hubbub of TIFF last week, this one slipped under the radar, so I am circling back around to it now. Marie Kreutzer's fictional account of the 40th birthday of Empress Elisabeth of Austria grapples with notions of beauty and aging, and general sauce. It is thus very fitting that  LA design house Grandson gives Corsage the modern magazine cover treatment.

Using the pull quotes, in a classy slender font, as an analogue to what is typically the magazine article headlines, is brilliant. As is having Vicky Krieps, who plays Elisabeth, flipping the bird, like she is on the cover of Rolling Stone or Cosmopolitan.

What truly makes the poster work, however, is the attention to fully upright posture, the white gloves, and the way Krieps holds the fan at her navel, which creates a contrast to what the design is trying to evoke. Typically, magazine covers leave less to the imagination.

Given that the magazine industry has been grappling with ageism and body-shaming in the past decade, which is also the core idea of the film, it is further proof that all historical fiction is viewed through a modern lens. 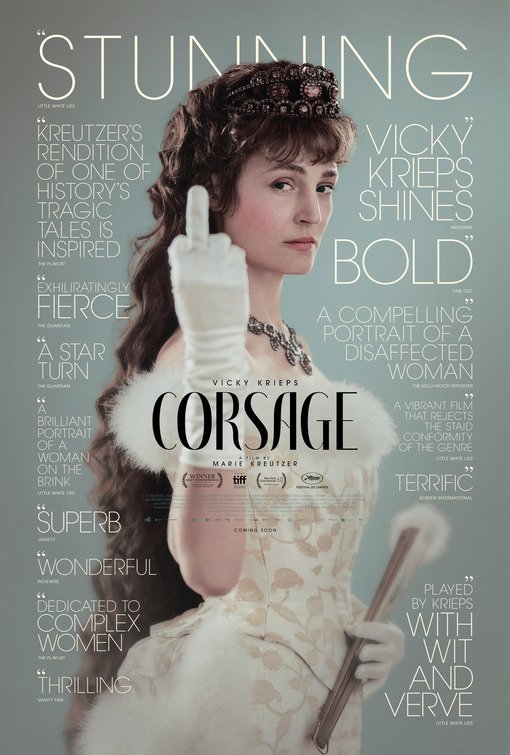