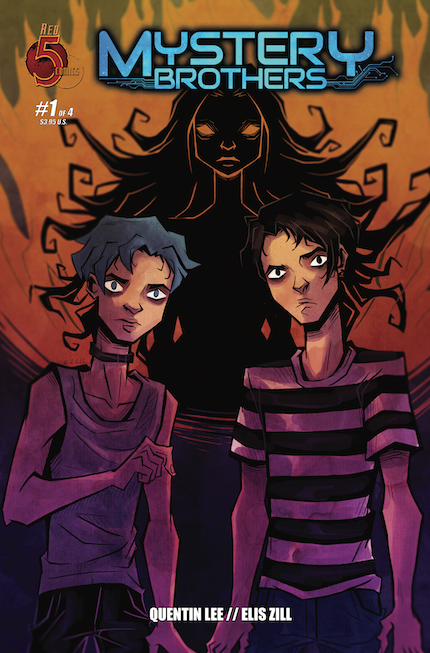 Jin is a normal teenager. He loves his mom, but doesn't know why he's being shipped out to spend the summer with his father, Sonny, a mysterious scientist whom Jin hasn't seen in 10 years.

Not one to pass up a free vacation, Jin heads out to a mysterious island location. Greeted by an equally mysterious woman named Maria, Jin reunites guardedly with his father, who reveals that Maria is a household robot that he has created under the sponsorship of an uber-successful businessman named Abel Proffitt.

Jin's father also introduces him to Adam, who is not a robot, according to scientist dad, but Jin's half-brother, a teenager raised on the island under mysterious circumstances. Jin is further introduced to Akira, a virtual artificial intelligence that also functions as an assistant to Jin's father.

The plot develops quickly, as we learn more about Jin's family, the nature of his father's scientific experimentations, the controlling intent by billionaire Abel Proffitt -- c'mon, check out that name, you know he has to be kinda evil, at best! -- and the full nature of Maria's many robotic capabilities. We also circle back to the landing of an alien spacecraft that kicked off the first issue, which will definitely play into what happens over the course of the first four monthly issues that were made available for preview.

The story proper quickly gains momentum, and the book becomes a true page-turner (even if it is digital pages). Quentin Lee develops the narrative at a good pace that is easy to follow and leaves me eager to learn more about the universe in which events unfold. Argentinian artist Elis Zill's colorful (natch!) drawings -- see several examples in the gallery below -- are well matched with the story and the characters, which are kept to a minimum. That enables each character to be fleshed out and creates an inviting world of possibilities that is ripe for exploration.

I've known Quentin Lee primarily as a filmmaker, ever since Ethan Mao debuted at AFI Fest in Los Angeles some years ago. (Read more about that here.) One of the things that has always impressed me about Quentin is his unflagging independent spirit as a queer creative, as well as his ability to tap into different forms of creativity in order to tell a compelling story. He's expressed that through his feature films and shorts, as well as through the written word.

More than 10 years ago, he wrote Campus Ghost Story, a comic book I described thusly: "Bobbing and weaving, the narrative is twisting and pleasantly mind bending, treading happily in adults only territory. Perhaps best of all, it rewards multiple reads."

The same is true of Mystery Brothers. It's meant to appeal to all ages, I think, and it plays very well throughout its initial four issues, reminding me favorably of all-ages sci-fi movies of the past, especially those released during the 1980s.

The first issue will be released at the 2022 Comic-Con in San Diego. Quentin Lee will be in attendance and is doing a signing on Saturday, July 23, from 12 pm to 1 pm at Red 5's booth 1717. Click through the gallery to view gorgeous images from the first issue -- click to embiggen -- as well as an image in connection with the signing in the gallery below. 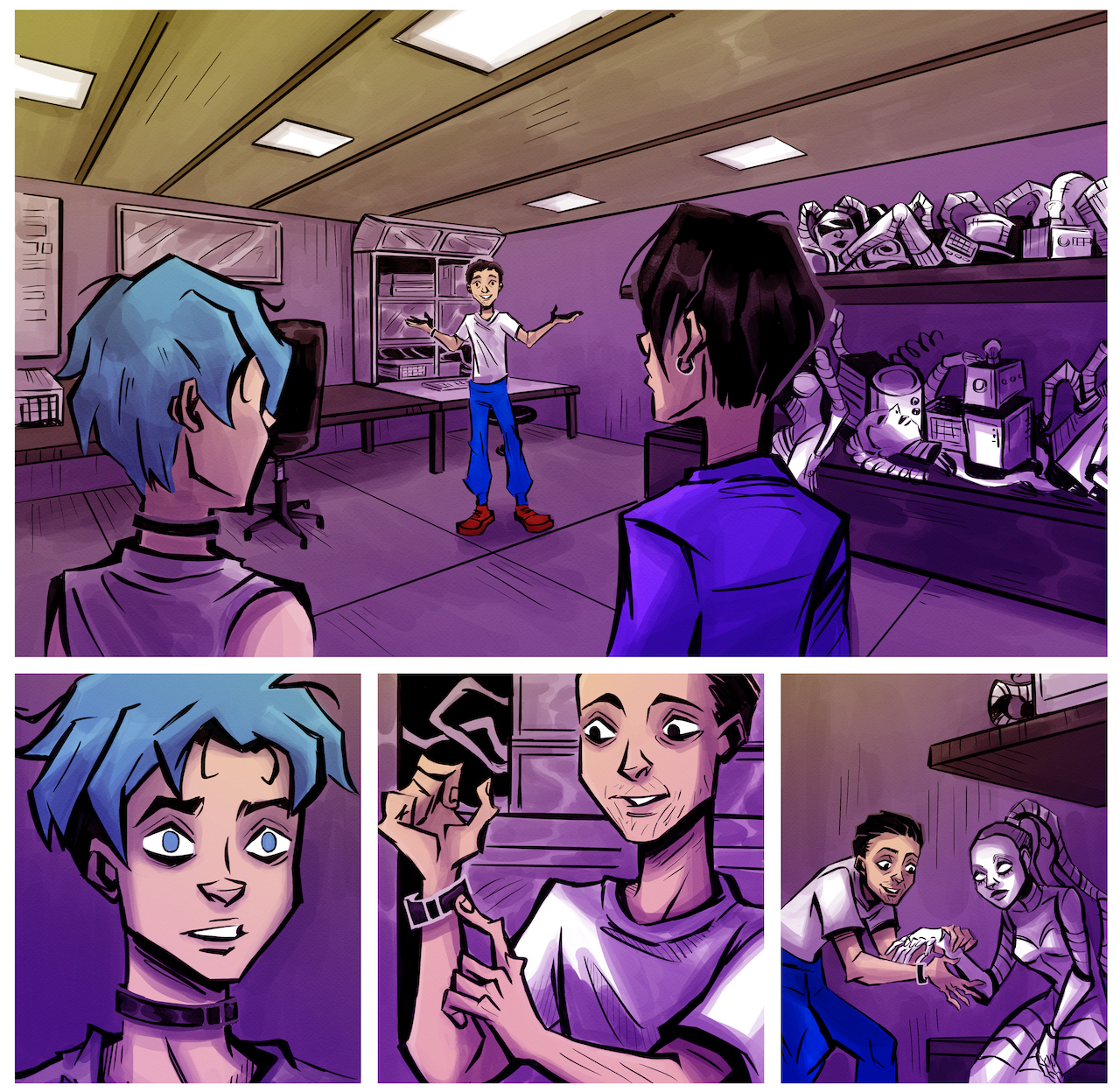 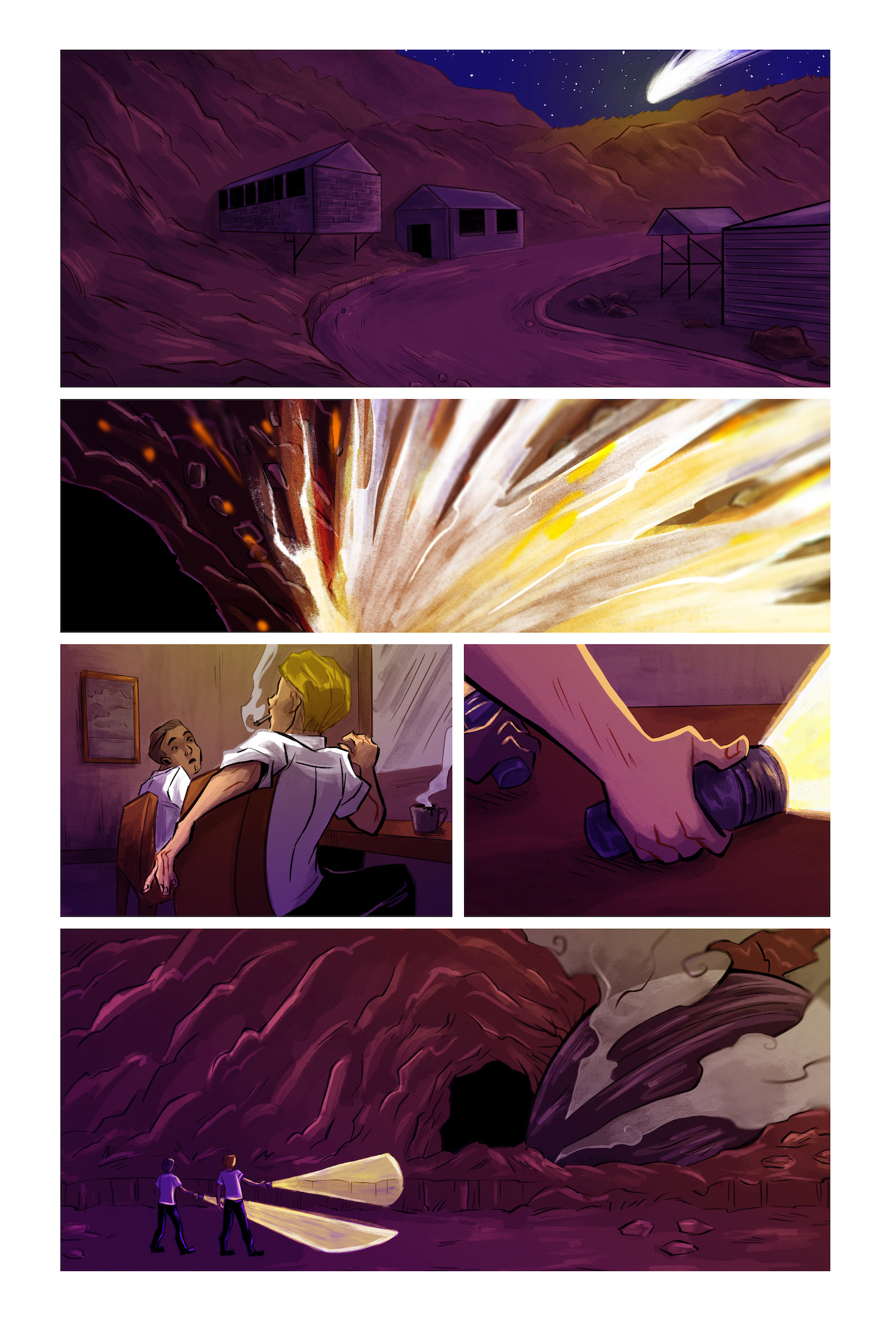 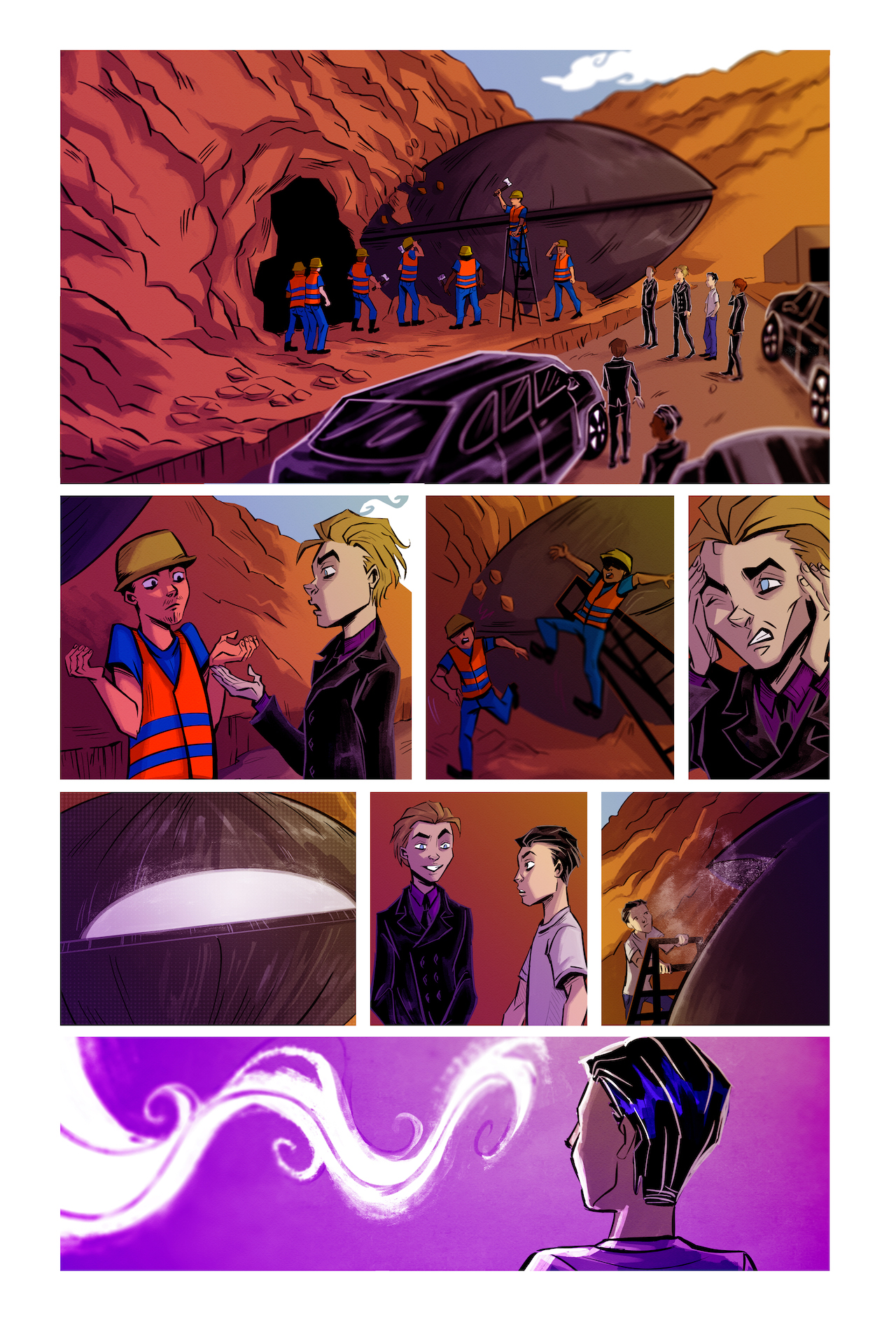 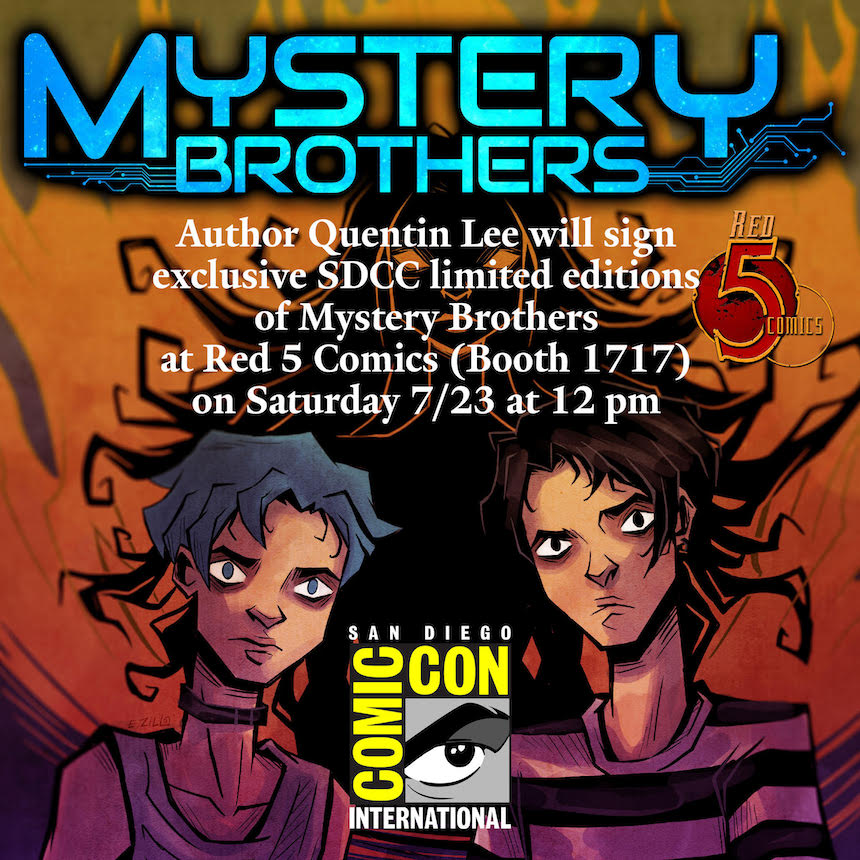 Do you feel this content is inappropriate or infringes upon your rights? Click here to report it, or see our DMCA policy.
Elis ZillMargin FilmsQuentin LeeRed 5 ComicsUS