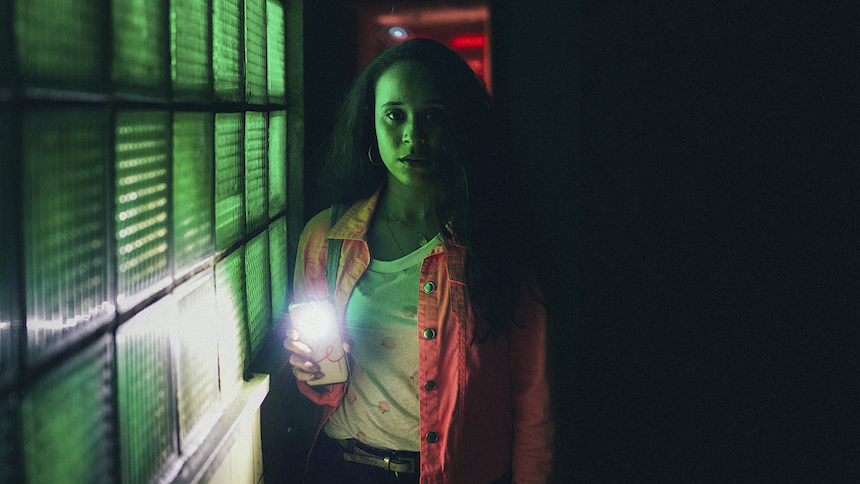 After premiering her feature debut Kill Me Please in the Orrizonti section at the Venice International Film Festival in 2015, the rising Brazilian filmmaker Anita Rocha de Silveira unveiled her sophomore feature at the Cannes Film Festival in 2021.

Medusa was selected for the Directors' Fortnight sidebar, rounding up new, daring oeuvres. De Silveira introduced herself with the minimalist yet mature drama Kill Me Please that reinvented the teen slasher form in order to deconstruct gender politics. The director continues in the coming-of-age exploration of sexuality and sexual politics in Medusa, albeit on a larger scale, with a more colorful palette and more extensive genre-bending.

Medusa opens with A Clockwork Orange-like girl gang chasing a girl on empty streets. After some beating, the victim vows on camera to live a decent life of a Christ follower. De Silveira maintains the ironical kind of humor vital throughout the film, inspired by the Greek myth in Ovid's interpretation about a priestess of the temple of Athena whose hair was turned into snakes for having intercourse with Poseidon.

The protagonist, 21-year old Mariana (Mari Oliveira), is in the girl squad proselytizing on the streets with kicks and punches while charming her congregation in a girl choir, The Treasures of the Altar,  praising the Lord. While hunting for the next sinner in order to successfully de-slutify her, Mariana's face gets slashed. The temporary disfigurement costs her job at a beauty clinic and forces her to seek a new work less attached to pushing beauty norms. She starts to take care of comatose patients in a Gothic-looking hospital. 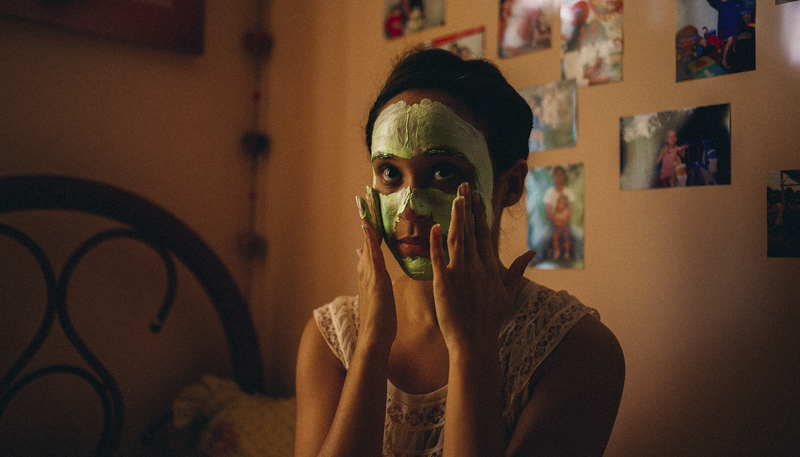 De Silveira starts to unpack a lot from the get-go in the feminist nightmare the film resembles. Girls must behave in a pure way, attend an evangelical congregation with singing and worshipping and promote an ultraconservative lifestyle as online beauty influencers.

Another leisure activity besides the purging of sinners turns out to be ogling admiringly their male peers in a paramilitary force, The Watchmen of Sion, during their training. The uniformed male battalion maintains Christian order on the streets and interferes whenever progressive behavior emerges. Mariana's disfigurement becomes a catalyst that sets her to explore life outside conservative boundaries, and she gradually detaches from her traditionalist bubble.

Medusa is wrapped as a young-adult theocratic dystopia, ruled over by fundamentalism, beauty standards, and machismo. While obviously a political film reacting to the current situation in Brazil and among the young generation, De Silveira, who also penned the script, has fun with the concept of Christian totalitarianism. Story-wise, Medusa could serve as a spiritual prequel to Gabriel Mascaro's Divine Love, with which it shares the neon-lit visuals, while aesthetically, de Silveira's style leans more towards Juliana Rojas-Marco Dutra and the genre-fusing playfulness of Good Manners.

After accidentally gazing into the disfigured face of a woman from the local urban legend, Mariana starts to reclaim her agency without regard to the local establishment that tries hard to demonize sex-positive women. The story unfolds mostly with characters within the same age bracket of the protagonist without any presence of the adult population, which was the case of Kill Me Please as well. By emphasizing the tight-knit structure of the evangelical community, the writer-director bolsters the perception of them as a cult.

Many characters proceed to act as if possessing a cultish herd mentality, the eccentric behavior of the hospital staff thus functions as a dissenting counter-action. De Silveira noted that she did not intend to satirize religion or personal beliefs, but to "call attention to certain groups who make peculiar interpretations of the biblical texts and contribute to the construction of intolerant, sexist, homophobic environments that are tainted by hatred". The suppression of desire becomes a powerful tool to effectively assume psychological (and physical) control. 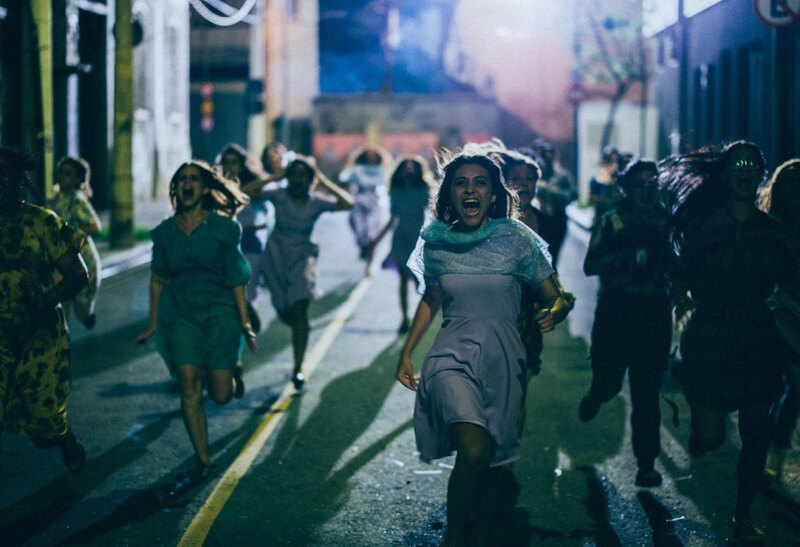 Akin to de Silveira's debut Kill Me Please, the director constructed social commentary on the reinvention of genre tropes and a cross-genre fusion. The horror-musical-comedy draws inspiration as much from Dario Argento's Giallo works as from David Lynch's surrealism, while the director filters coming-of-age conventions and the topic of adolescent sexuality through a political lens. The Brazilian filmmaker continues in the thematic trajectory of her previous feature regarding burgeoning female sexuality, victimhood, and aggression, with more socio-politically-conscious critique.

De Silveira utilizes the same toolbox as she did in her first feature, wherein she established her trademark filmmaking and personal brand of style. Elliptical narration, dreamlike imagery, and a simple and clean mise-en-scene with a strong influence of a theatrical composition are used on a bigger canvas compared to the director's feature debut.

Furthermore, art production has been custom-tailored to better serve the story's identity, with neon-illuminated nocturnal settings and saturated colors rendering Medusa in a bubble-gum horror pastiche building up the film's cheekiness and a youthful passion for rebellion and heresy. Anita Rocha de Silveira confirms her status as a rising Brazilian talent and a bold and imaginative filmmaker who manages to elegantly assimilate whimsical with political while re-engineering genre norms.

Review originally published during the Cannes Film Festival in May 2021. The film will open July 29 at the Angelika in New York City, the Alamo Downtown in Los Angeles, and the Laemmle NoHo in Los Angeles, via Music Box Films.

Do you feel this content is inappropriate or infringes upon your rights? Click here to report it, or see our DMCA policy.
Anita Rocha da SilveiraBrazilJoana MedeirosLara TremourouxMari OliveiraMusic Box Films