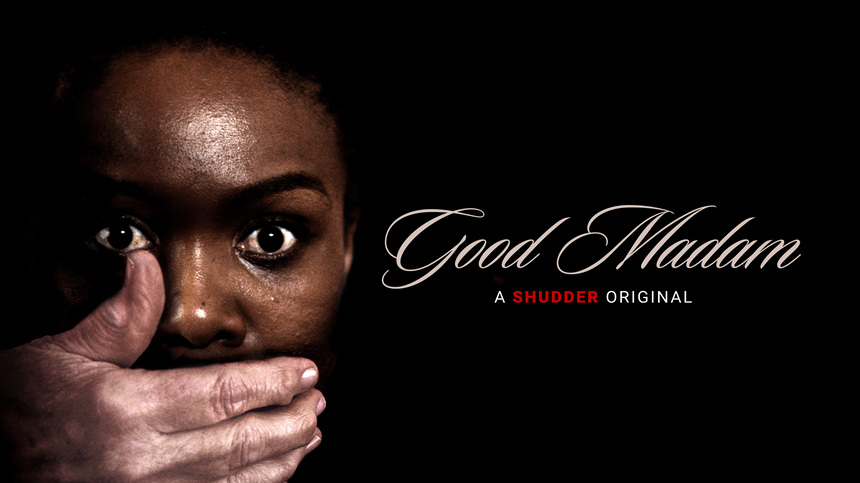 Laws might change, but it can takes years, or even generations, to change a society and how it operates. What's bred in the bone cannot be easily overturned, and even as some people might techncially have the hard-fought freedom they are entitled to, old habits can die hard, and take those who seek proper justice with them. And there are forces too invested in the old ways to stand so readily aside.

Good Madam (originally titled Mlungu Wam) looks at a deep and dark symbiotic relationship between white employer and black employee, the latest in a long line of generational servitude and its unhealthy effect on all it surrounds, and how it seems only one person can see the truth of its insidious nature. Director and writer Jenna Cato Bass, with co-writer Babalwa Baartman and the cast, create a chilling take on the haunted house story to reflect on the racism that still lingers in South African society.

Tsidi (Chumisa Cosa) was raised mainly by her grandmother, who has just died; now she and her daugher Winnie (Kamvalethu Jonas Raziya) are forced to move in with Tsidi's estranged mother Mavis (Nosipho Mtebe). Mavis has been the live-in housekeeper to her white employer Diane for most of her life, and Tsidi has vague, but not pleasant memories of the house where she was mostly rejected, while her brother Stuart (Sanda Shandu) was raised almost as a child of the white family.

Since the 'Good Madam''s children now live in Australia, it's up to Mavis to take care of the invalid old woman, and indeed, her devotion to this woman is something Tsidi still cannot comprehend or accept. All Tsidi knows of the woman is the bell that occasionally rings, summouning Mavis with pavlovian accuracy. Tsidi doesn't hide her frustration with her mother's behaviour, her anger at her mother's long neglect, and how Winnie is suddenly welcomed with open arms, while Tsidi is still proverbially pushed aside.

This is a haunted house (and surrounding property) film, with a house that is targeting just one person: Tsidi. Tsidi has just had her world proverbially shattered: she is without the woman who raised her, with the woman who should have raised her, separated from her husband, without a job, and her daughter is pulling away. And this house, it seems, wants her gone: as Tsidi scrubs the floors, as she brushes her teeth, as she walks the halls, the house and its objects bend and twist to take part of her soul, so it seems, or part of her body; it either wants to devour her, or wants to make her afraid enough to run away.

Cato Bass operates the film by turning the literal and proverbial camera to an askew angle: we all know what's under the surface, the lingering affect of apartheid, the divisions between blacks and white that continue as long as wealth and power remains in white hands. There's a cemetary on the property, one in which generations of servants were buried next to their masters, as this symbiotic relationship extends into the afterlife, one that cannot be separated, even if the society has moved on.

Mavis cannot live without her Good Madam, it seems, both figuratively and literally, so deep is their connection that even she doesn't see it until Tsidi starts to fall under its trance. The price to be paid for safety comes with sweat and blood and skin scraped off in years of toil. The repetition and ritual, the expectation of lifelong devotion, the sacrifice for a reward that shouldn't need such a steep price.

Good Madam shows that a house doesn't need to be old and dark to be terrifying; that terror comes from the people who occupy it, whether they are willing participants or not. An intimate look at unequal and uneven relationships through the horror lens focuses our attention on how some traditions refuse to die.

Review originally published during the Toronto International Film Festival in September 2021, when the film was titled Mlungu Wam. It is now streaming on Shudder.