From South Korea: THE ROUNDUP, Opening in U.S. Movie Theaters 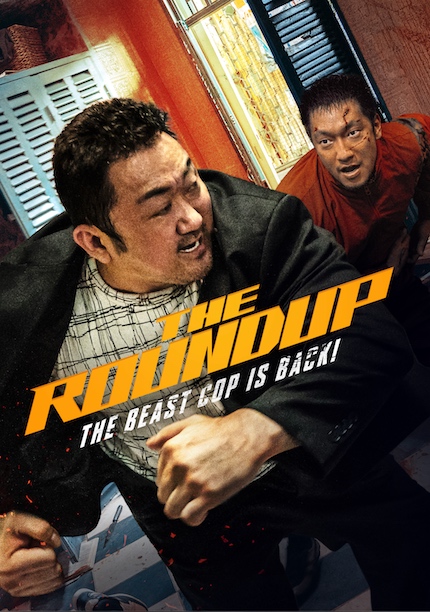 "Two South Korean detectives are sent to Vietnam to extradite a suspect where they uncover a series of connected murders and crimes against tourists."

It's a sequel to The Outlaws (2017), which our own Pierce Conran reviewed, calling it a "gritty crime tale ... which adds laughs and punch to a modest story framed around Chinese-Korean hoods and local law in a low-rent Seoul neighborhood."

Reportedly, The Roundup is South Korea's biggest box-office hit this year. It will open in more than 35 U.S. theaters, adding to where it's already playing in Canada. (But you already know that Canadians are always one step ahead of people in the U.S.)

Watch the trailer below. Visit the official site for locations and showtimes.