Review: HAPPENING Reflects on Not So Distant Past, Too Close for Comfort 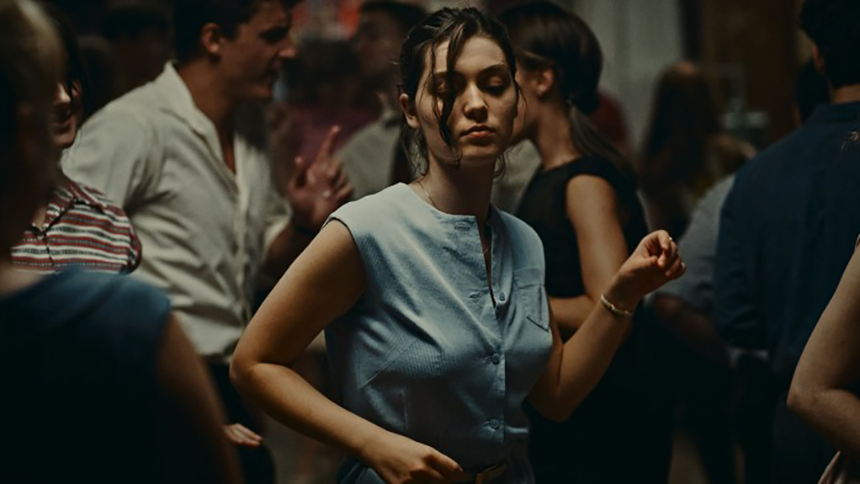 Audrey Diwan, adapting an autobiographical novel by Annie Ernaux, tells a harrowing tale of a young high school senior Anne (Annamaria Vartolomei) trying to get an abortion in France in the 60s when the practice was still illegal, in Happening.

The style of the film is decidedly social realist: honest and unsparing. Diwan's intentional de-emphasizing on the time frame, that music is the only indicative element of the decade, reflects on our present political climate and the assault on women's rights by the emboldened far-right social conservatives everywhere, all over again.

Anne, a bright high school student from a working class family, is preparing for the all too important baccalaureate exam. She wants to study literature in college and be a writer.

She finds out that she is pregnant from her family physician who confirms her suspicion. But she can't still believe it. And the film moves briskly forward, counting her weeks of pregnancy.

Because of social pressure and shaming involved, she can't tell anyone about the fact — not to her hard working parents who think the world of her, who pack her food and do her laundry when she is home from the school dormitory every weekend, not to her best friends, who think that all law breakers need to go to jail, out of her pride, not to the baby daddy, who is from an out-of-town rich aristocratic family, not to her teacher, who worries about her suddenly failing grade, because he is a male.

She finally confides in Jean, a local cool male friend whom she thinks knows his way around the world, in order to find a back-alley abortion provider. But right away she finds out that as soon as she mentions that she is pregnant, people's perceptions about her change: for guys, she is an easy girl, for girls, she is a slut who sleeps around.

She tries to find direct solutions herself — a self administered abortion, taking shots from a dubious doctor and finally, from a back alley abortion provider. And all things do not go as planned.

Clear-eyed Vartolomei's performance is something of a miracle here as a young woman with her whole promising future tittering on the cliff because of the legality of a simple medical procedure to her body, her own body (!)

With some graphic scenes and its realistic depictions, it draws comparison to a 2020 American indie Never Rarely Sometimes Always. But where Eliza Hittman's film is a complete downer and its protagonist almost anonymous in its clinical depiction, Happening, with strong supporting cast -- Sandrine Bonnaire as caring mom, almost unrecognizable Anna Mouglalis as a cut throat, deep voiced abortion provider, Fabrigio Rongione as sympathetic country doctor and Pio Marmaï as a concerned teacher -- and Vartolomei's bright eyed, blistering performance, makes a compelling yet humanistic and more urgent film in telling the story that is unfortunately as relevant and resonant as ever.

Along with Sebastian Meise's recent Great Freedom, where the filmmakers shed light on Germany's infamous Paragraph 175, which criminalized homosexuality, and the fact it only recently was abolished, Happening looks back at not so distant past where the rights we enjoy right now were the results of hard won battles. The film is a stark reminder that if we don't keep up the fight and push back, as absurd as it might sound, we might lose those rights we've been taking for granted.

*Addendum: This review was written few months ago. Leaked US Supreme Court Decision to overturn Roe v. Wade came out last night. The goings on in Happening some 50-60 years ago becomes reality in the US, the so-called first world country where there's supposed to be the separation of Church and State, and the right to privacy. We need to seize this humbling moment and take it as a signal and mobilize en masse.

Happening played as part of this year's New Directors New Films series. It opens May 6 exclusively in movie theaters via IFC Films.