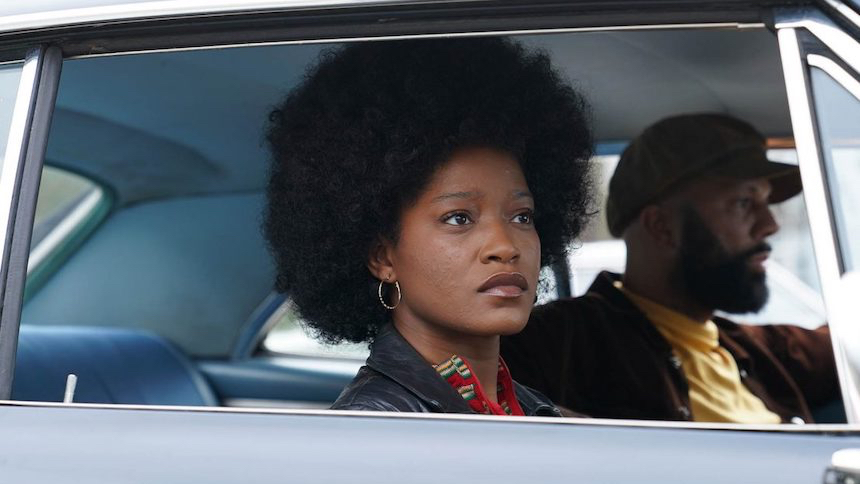 Every film festival, no matter how well-curated or well-programmed, has its shares of misfires, some festivals have fewer misfires than others.

Unfortunately, writer-director Krystin Ver Linden’s feature-length debut, Alice, an odd mix of historical recreation and Blaxploitation revenge tale, falls into the misfire category. Whether due to problems in conception (likely) or execution (even more likely), Alice never quite justifies its existence, overly relying on overly familiar, well-worn genre conventions (both history and Blaxploitation) without adding anything memorable, let alone provocative, challenging, or thought-provoking, at least not in any of the ways Ver Linden obviously intended for what she hopes will be the first film in a long career as a filmmaker.

Ver Linden spends an over-indulgent, overlong first act exploring the title character’s experiences in excruciating detail. Alice’s (Keke Palmer) limited world doesn’t extend beyond the boundaries of the Georgia plantation where Alice was born and raised as a domestic slave by a cruel, brutal Caucasian family, the Bennets.

Currently led by the villainous, Bible-quoting Paul (Jonny Lee Miller), the Bennets embrace slavery as their God-given right. As a “domestic,” Alice works in the literally white-washed mansion but sleeps in a run-down shack with her family, and Joseph (Gaius Charles). In a line emphasized several times, their unsanctioned wedding ceremony swaps out the “until death do us part” with “until distance do us part.”

That “distance” becomes real when Joseph, rebelling at Paul’s brutal behavior, attempts to escape, triggering Alice’s own desire to flee along with him. She doesn’t, but eventually does make it out of the plantation and straight to the freshly paved highway in 1973 Georgia, collapsing on the road before a tractor-trailer driven by Frank (Common) runs her over. There’s no time travel involved here, just an M. Night Shyamalan-inspired twist revelation (e.g., The Village) that the Bennet family (and others like them) refused to free their slaves at the end of the Civil War, continuing “traditions” going back centuries.

In a film stacked with increasingly unlikely, borderline absurd coincidences, Frank isn’t just another truck driver on his way from somewhere to somewhere else. He’s a disillusioned civil rights activist with stacks of books, photos, and related memorabilia at his home when, inevitably after Alice almost slips into a broken healthcare system that would treat her story of enslavement as a dangerous delusion, Alice falls under his care.

In an extended montage sequence shorn of dramatic tension or suspense, Alice gets an unlikely crash course on the last 100 years of American history, furiously reading encyclopedia entries (courtesy of the well-read Frank) on everything from the Civil War to the Emancipation Proclamation, and through the Civil Rights Movement and the reactionary presidency of Richard M. Nixon.

It’s not quite enough to turn Alice into an avenging angel eager to return to the plantation and free her people, but once she reads through a few copies of Black-centric magazines (Jet, Ebony) and watches Pam Grier in Coffy -- presumably her first theatrical experience -- she changes not just her physical appearance to match the times but becomes convinced that she’s ready to return to the plantation not as a slave, but as a liberator. What should be a rousing, thrilling, ultimately cathartic moment, though, is anything but, the likely result of limited resources and limited imagination.

Unfortunately, the same analysis can be applied to the entirety of Alice: It’s repeatedly undone by limited resources unequal to Ver Linden’s ambitions. Alice is also undone by a script that leans too heavily on increasingly unpersuasive plot turns, unnatural-sounding dialogue, and performances that regardless of commitment or effort, can’t elevate dialogue or script beyond Alice’s ultimately fatal faults.

Do you feel this content is inappropriate or infringes upon your rights? Click here to report it, or see our DMCA policy.
AliceAlicia WittCommonJonny Lee MillerKeke PalmerKrystin Ver Linden