Justin Chon writes, directs and stars alongside Alicia Vikander in a timely, humanistic drama, set in the backwaters of Louisiana. 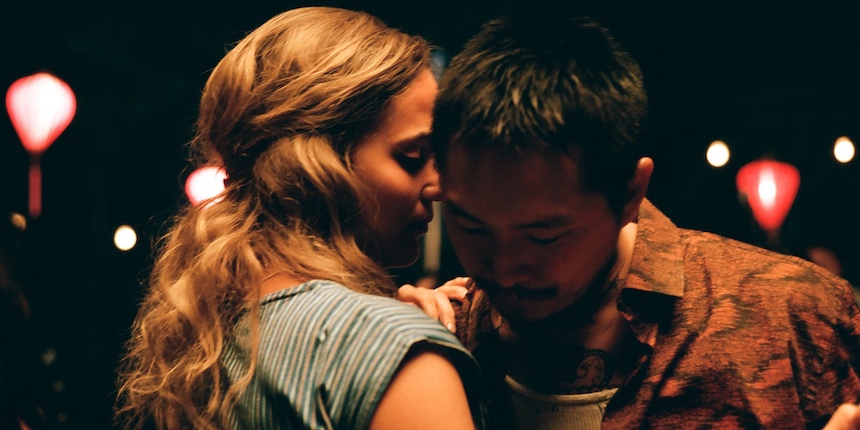 Justin Chon writes, directs and stars in a timely, humanistic drama, set in the backwaters of Louisiana, Blue Bayou. It highlights many adoptees facing deportation due to the lack of a strong infrastructure in the nation's adoption system and the recent anti-Asian fervor.

According to advocates of the immigration rights groups' statistics, an estimated 25,000 to 45,000 legal adoptees between 1945-1998 may lack US Citizenship. Worse, during the recent past few years, many of these legally adopted Americans were either deported or facing deportation when they had a brush with the law, to countries where their biological parents gave them up when they were babies.

Blue Bayou starts with Antonio (Chon), with a new baby on the way with his wife Kathy (Alicia Vikander), trying to get a second job. His felony record and heavily tattooed exterior don't help the matter too much.

It is revealed that he is repeatedly asked where he's from, even though his Baton Rouge dialect is impeccable. Unfortunately, it is an everyday occurrence that we Asian Americans  face everyday, even from well-meaning, supposedly educated, liberal people. Antonio politely deflects, “I see why you’d ask that question…”

Antonio, working at a tattoo parlor, is trying to do right by Kathy and his stepdaughter, Jesse (Sydney Kowalske), a button-nosed smarty-pants with whom he shares great bonds. Antonio's circle of friends includes his former motorcycle gang buddies, an ICE agent who frequents the tattoo parlor, and Parker (Linh Dan Pham, Indochine), a Vietnamese American woman he just met at the hospital.

Things escalate when Jesse's father, Ace (Mark O'Brien), a cop, and his racist partner instigate Antonio into returning jabs and arrest him. Antonio is soon handed over to the ICE custody. Even with the help of sympathetic immigration lawyer (Vondie Curtis Hall), with his criminal record, Antonio's chance at the set court 'merit' hearing is diminishing. Although he was adopted at age 3 and lived his whole life in Louisiana, because of the loopholes in the adoption system and anti Asian fervor of late, he is facing deportation to a country where he has absolutely no connections.

In order to come up with the lawyer's fee, Antonio falls into his old habits with his gang, stealing motorcycles. He also struggles with abandonment issues, both because of his biological Korean mother who still haunts his dreams, and his adaptive parents, who abused him.

Chon, best known for his role as Eric in Twilight Saga, has a simmering charisma and authenticity, playing a simple man trying to go straight while down on his luck. His uncluttered, energetic directing style and great handling of emotional complexities and nuances are also commendable.

Also notable is the conscious casting of non-American actors for roles: Vikander, a Swedish actress who lends her talents playing a down and out Southern girl who would fight till the end for her man; O'Brien, a Canadian actor, is also excellent playing a Louisiana cop who later realizes that what constitutes a family is nothing but biological; and Pham, a French actress who gives a tender portrayal of a woman dying of cancer, who shares affinity with Antonio as a person of color living in the US. This casting is emblematic in showing what a great patchwork America really is.

As the tearful third act plays out, Chon succeeds in shedding light on the inhumane practices of the American immigration system, giving audiences plenty to mull over as to what, exactly, it means to be an American.

Do you feel this content is inappropriate or infringes upon your rights? Click here to report it, or see our DMCA policy.
Alicia VikanderCanadaJustin ChonUSMark O'BrienDrama