Review: SHANG-CHI AND THE LEGEND OF THE TEN RINGS, Magical, Mystical Martial Arts for the Win 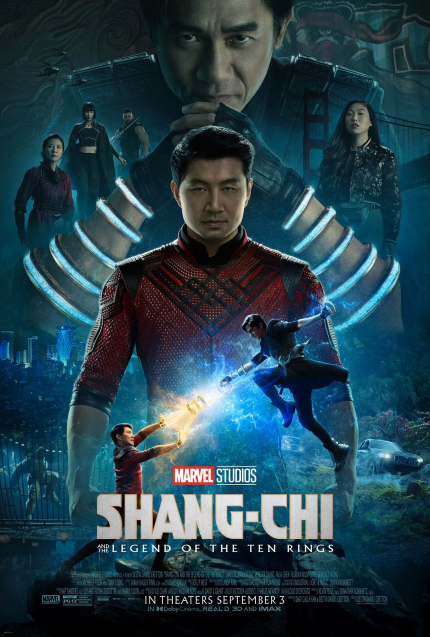 Representation matters. Even superhero representation. Even more so when a pop-culture juggernaut, well into its second decade of undeniable digital dominance, deliberately chooses to embrace diversity and inclusion rather than running away in the other direction.

That pop-culture juggernaut, of course, is the Disney owned and operated Marvel Cinematic Universe (now also encompassing the Marvel Streaming Universe), with 24 entries regularly released over a 13-year-span (The Eternals and Spider-Man: No Way Home will follow later this year), four streaming series (WandaVision, The Falcon and the Winter Soldier, Loki, and What If ...?), and now, with its 25th entry, Shang-Chi and the Legend of the Ten Rings, the first entry in the series and Phase 4 to feature a primarily Asian cast while thrillingly expanding franchise world-building in unexpected ways.

Helmed by indie filmmaker Destin Daniel Cretton (Just Mercy, The Glass Castle, Short Term-12) with a screenplay Cretton co-wrote with with Dave Callaham (Mortal Kombat, Wonder Woman 1984, Zombieland: Double Tap) and Andrew Lanham (Just Mercy, The Kid, The Glass Castle), Shang-Chi and the Legend of the Ten Rings centers on the title character, Shang-Chi (Simu Liu), the once-and-future heir to a millennia-old, super-secret organization, the Ten Rings, led by his father, Wenwu (Tony Chiu-Wai Leung), a near-immortal who’s used super-advanced, likely alien tech to live multiple lifetimes while enforcing a brutal, authoritarian rule inside and outside the eponymous organization, employing assassination as a tool to shape history in his favor.

Wenwu raised his only son, Shang-Chi, not just as his successor, but also as a a merciless, conscience-less assassin. Spoiler: Shang-Chi has a conscience, leaving him with little choice but to break decisively with his father and leave his family behind.

When we meet Shang-Chi, he’s living his own personal version of the prodigal son in modern-day San Francisco as a late twenty-something slacker, valet, and karaoke fan with his best friend and partner in slacker-dom, Katy (Awkwafina). While Katy, a second-generation Chinese-American, lives with her mother, grandmother, and younger brother in a semi-harmonious household, straddling the customs and cultures of two countries and two languages, Shang-Chi lives alone, refusing any responsibility or connection beyond his seemingly platonic relationship with Katy. Cretton lightly hints at something more in Shang-Chi and Katy’s relationship, but ultimately sets it aside, leaving it unresolved while embracing the seemingly radical idea that men and women of a certain age can be emotionally close, even best friends, without a romantic element in their relationship.

Almost immediately, though, Cretton tests Shang-Chi and Katy’s relationship, though not in the way they or the audience expect: On a bus ride into work at a San Francisco hotel, several men attack Shang-Chi, forcing him to defend himself and everyone on the bus while also revealing his true identity as Wenwu’s son and his martial arts training.

It’s the first, though not the most electrifying set piece in Shang-Chi and the Legend of the Ten Rings, depending less on visual gimmickry or CGI than the usual MCU entry (Captain America series excepted). With Liu handling most of the stunt work himself, Cretton and his stunt choreography team, including the late Brad Allan, a Jackie Chan protégé, thankfully avoids the typical rapid-fire, chaotic cutting usually needed to hide a particular performer’s shortcomings or a lack of training.

Cretton saves the best set piece not for last — the usual third-act devolution into CGI-heavy action beats applies there — but for a bracing, energetic action scene roughly halfway through Shang-Chi and the Legend of the Ten Rings as Shang-Chi, Katy, and Shang-Chi’s estranged sister, Xialing (Meng'er Zhang), battle Wenwu’s army in and around bamboo scaffolding surrounding a skyscraper. It’s a memorable standout not just in the film, but in the entire 25-film MCU series. Hopefully, it’s a sign of action things to come, though the over-emphasis on under-rendered, under-budgeted CGI later suggests if not the opposite, a tension between creative filmmakers and corporate executives and the latter’s presumption that audiences want CGI sludge more than they want clean, convincing action.

As the title character, Liu has to deliver both a persuasive physical performance (he does) and an equally persuasive emotional one (same), imbuing Shang-Chi with a sympathetic believability regardless of whether he’s fighting tech-armed henchmen on a careening city bus, dropping straight-laced, irony-free exposition about his father to an eager Katy, or opening his heart to her, Xialing, and Wenwu.

To Liu’s considerable credit, he holds his own in the scenes he shares with Tony Chiu-Wai Leung (The Grandmaster, In the Mood For Love, Chungking Express), one of most charismatic performers of the last two or three decades, though ultimately, it’s Liu’s relaxed, easygoing chemistry with Awkwafina that sells Shang-Chi not just as the embodiment of the martial arts master created in the early 1970s as part of the kung-fu craze (and wave) of the time, but as a relatable, root-worthy character.

Shang-Chi and the Legend of the Ten Rings opens in theaters worldwide on Friday, September 3.

Shang-Chi and the Legend of the Ten Rings 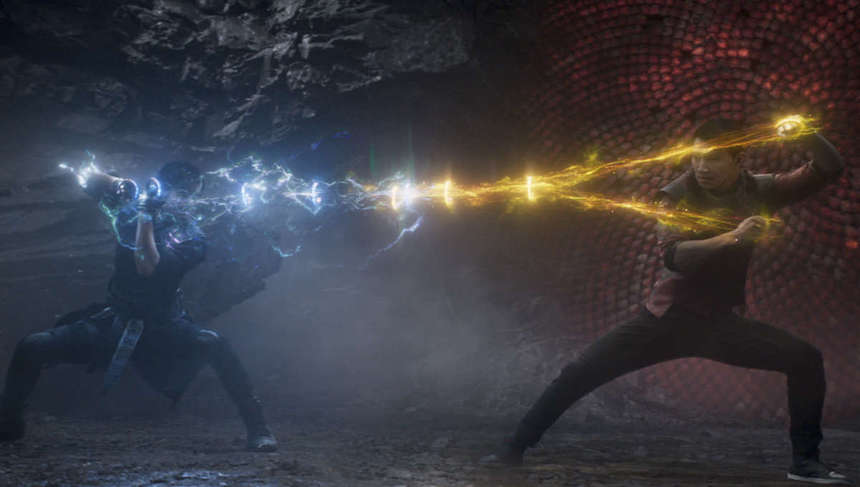 Do you feel this content is inappropriate or infringes upon your rights? Click here to report it, or see our DMCA policy.
Andrew LanhamAwkwafinaDave CallahamDestin Daniel CrettonMichelle YeohShang-ChiShang-Chi and Legend of the Ten RingsSimu LiuTony Chiu-Wai LeungActionAdventureFantasy

More about Shang-Chi and the Legend of the Ten Rings