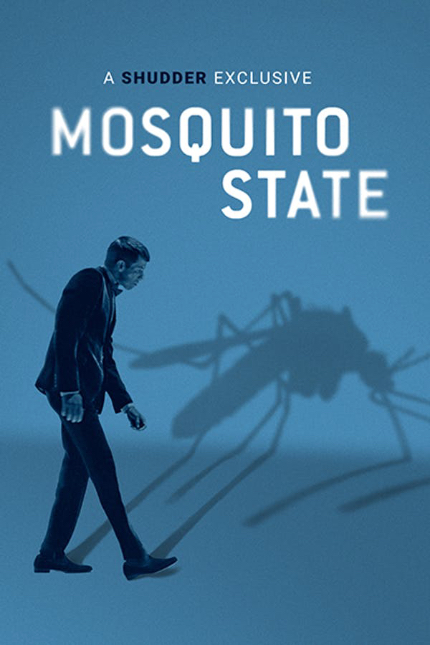 In Mosquito State, writer-director Filip Jan Rymsza’s (Dustclouds, Sandcastles) first film in more than a decade, it’s the end of the (financial) world as we know it — or more accurately, as we knew it before the Great Recession — and Richard Boca (Beau Knapp), a Wall Street quantitative analyst (“quant”) with a genius-level IQ and the emotional intelligence of an insect, definitely doesn’t feel fine.

It’s not just Boca’s proprietary algorithm, “Honeybee,” that’s going sideways, but Boca’s fragile inner and outer life, a life defined and constrained by ruthless routine, mathematical equations, and the entire floor of a high-rise, steel-and-stone penthouse apartment in the sky overlooking Central Park. Boca has considerable wealth and equivalent social status, but paradoxically, what he doesn’t really have, power in the real-world, is something an inadvertent encounter with a lowly life-form will give him.

All it takes for Boca’s carefully calibrated life to go pear-shaped is for a garden-variety mosquito to find him at a company gala, take a bite out of Boca, and then literally hitch a ride under Boca’s collar to the aforementioned penthouse. A beguiling, twenty-something wine-bar manager, Lena del Alcázar (Charlotte Vega), in a verdant, green dress, also plays a role in Boca’s eventual transformation, but she’s less a fully realized character than a representation of normality that’s seemingly eluded Boca at every imaginable turn.

After joining Boca at his penthouse and sharing a glass of wine from an extraordinarily rare vintage — everything for Boca is a commodity to be brought and sold, preferably at a profit — Lena exits stage left, returning only in the final moments after Boca’s figurative and actual transformation.

The “what” Boca becomes over the course of Mosquito State’s running time is less literal, like for example, the title character in David Cronenberg’s The Fly (though The Fly is certainly an influence here) then a partially metaphorical one as Boca, already of fragile mind and body, succumbs to an infestation of mosquitos in his apartment, offering himself as a “blood meal” in exchange for whatever insights he can glean from their biological, instinctual behavior into a revolutionary, new algorithm that will help him better predict the market volatility his current financial model fails to adequately address.

That Mosquito State unfolds over a week in August, 2007, just months before the Great Recession shattered the world economy, wiping out trillions in assets across the world, and leaving middle-class families devastated, isn’t an accident. The blips in Boca’s algorithms seem to capture a significant, substantive flaw in capitalism, especially in capitalism driven primarily, if not purely, by financial markets rather than real-world production, all but drives Boca into a Pi-inspired fugue state. As such, Mosquito State is of a piece with another atypical Cronenberg film, Cosmopolis, and Cronenberg’s anti-capitalistic critique via his adaptation of Don DeLillo’s divisive 2003 novel.

Finding patterns where perhaps there aren’t any may be a sign of Boca’s mental deterioration and  eventual psychosis, but it’s also a 'normal' human trait, one that’s both helped and hindered us over the centuries, the former through science-based rationality, the latter via conspiracy theories that have undermined political, social, and cultural stability. Mosquito State doesn’t quite embrace the latter interpretation for Boca’s increasingly bizarre, untethered behavior, suggesting instead that his relationship with the mosquitos is somehow a symbiotic one that ultimately gives him a self-destructive clarity about the nature of the physical world. Therein, apparently, is the real horror.

As Boca, Knapp delivers the kind of off-kilter, idiosyncratic performance that’s both a perfect fit for the character as Rymsza and his co-writer, Mario Zermeno, envision him and profoundly alienating for anyone on the other side of the digital screen. Ultimately, however, it’s the kind of performance that audiences should embrace for its fearlessness, for Knapp’s willingness to risk turning himself into an object of ridicule, contempt, and scorn, and for carrying a film where he’s alone with a swarm of (digital) mosquitos for long stretches of time. 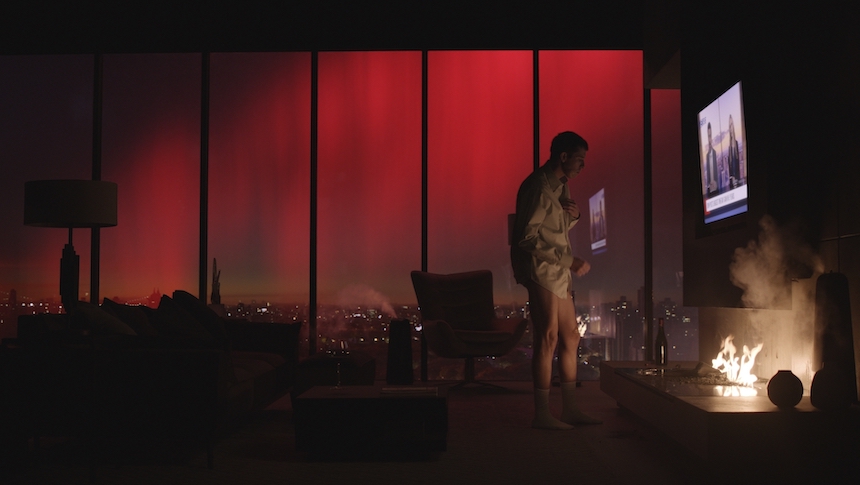 Do you feel this content is inappropriate or infringes upon your rights? Click here to report it, or see our DMCA policy.
Beau KnappCharlotte VegaFilip Jan RymszaMosquito StatePolandUSMario ZermenoJack KesyDramaHorrorThriller