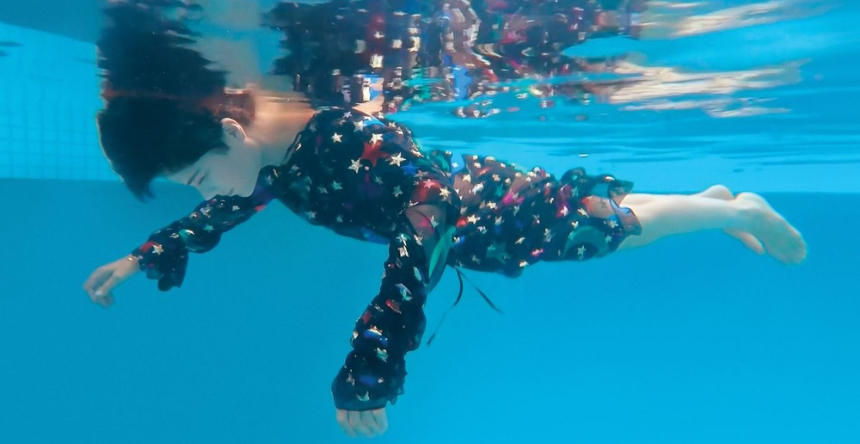 Perhaps it is because this poster reminds me of the cover art of Nirvana's 1991 Nevermind album, perhaps it due to all the negative space at the bottom, or perhaps I just like the rippling reflection of actress Selma Blair hovering above her like a ghost.

Whatever which way, the documentary on the middle-tier actress, she never became an A-lister, but was well known in cult franchises like Hellboy, and a run of teenage studio-pipeline of the late 1990s, from Scream 2 to Legally Blonde, focuses on her battle with Multiple Sclerosis, a terrible and confusing disease of the nervous system.

An unpredictable condition, such as MS leaves one, is well represented by this image of the woman floating in her starry bathrobe, not so much looking down, but hovering in space.  Suspended, as it were.

I am not entirely sure about the tagline, "the role of a lifetime" when the title itself, Introducing, Selma Blair, with its pregnant comma could act as both the title, and the tagline.  But kudos that this is not another Ocean documentary monopolizing the endless 'blue space' of a poster, with sunlight pouring in from above. 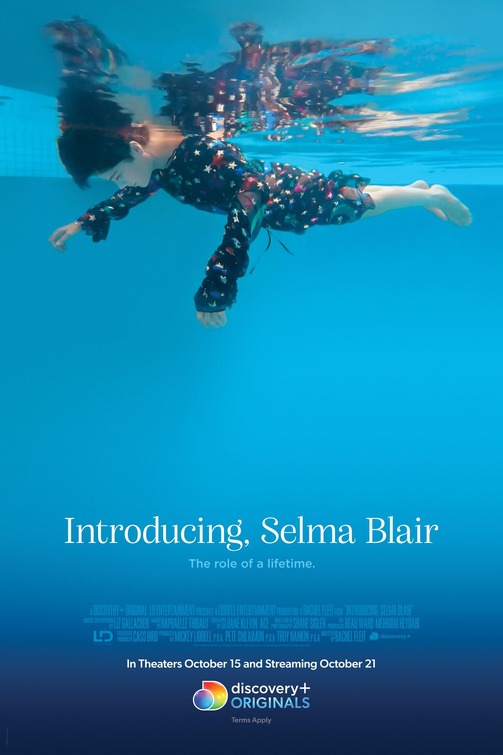 Do you feel this content is inappropriate or infringes upon your rights? Click here to report it, or see our DMCA policy.
DiscoverDocumentaryFloatingKey ArtMultiple SclerosisOne SheetRachel FleitSelma Blair