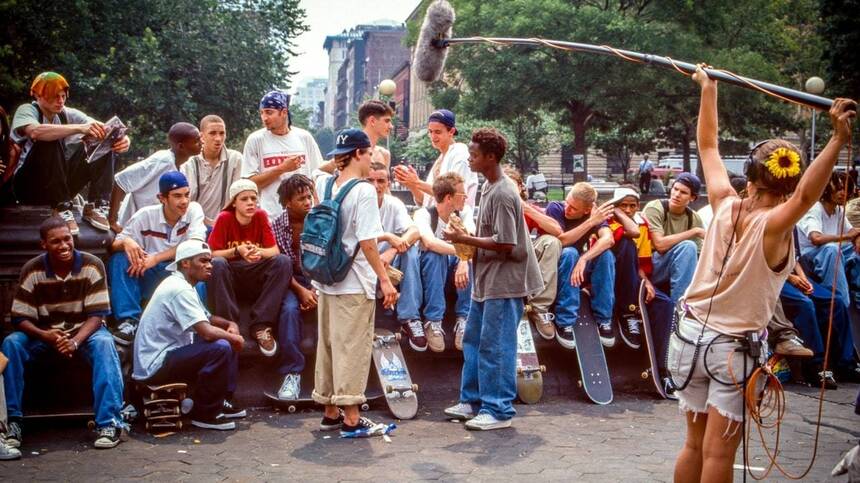 The new documentary by Eddie Martin zooms in on the now-cult classic by Larry Clark, Kids, that took Cannes and audiences by storm.

Released in 1995, the candid-looking and sordid coming-of-age film, set in New York's skateboarding subculture and shot in a docu-style, appeared to revolve mostly around sex, drugs 'n' skates. Martin's The Kids merges the behind-the-scenes and oral-history formulas, adding whatever-happened-to-them aspects into the mix to explore a controversial oeuvre that launched co-writer Harmony Korine's career. The feature-length making-of Kids takes a dark turn toward a bitter deconstruction.

Hamilton Harris, who starred as Hamilton -- "giving a tutorial on how to roll a joint," in his words -- in Kids serves as the main narrator. (Harris co-wrote the script and co-produced Martin's docu-pic.) Harris introduces the necessary background information about the era and who the non-professional actors scooped off the streets have been in their normal lives. He is soon joined by several of his co-castmates in a talking-heads manner, none of whom achieved the degree of career success comparable to Harmony Korine, Chloë Sevigny, or Rosario Dawson.

Twenty-five years later, Hamilton punctures whatever could have remained from the bubble of illusion. Combining archival footage and talking-heads testimonies, the director pieces together a grim tale of exploitation and dire ramifications. From the strange infiltration of Larry Clark among the rag-tag group of street kids from NYC's projects to the Weinstein brothers manufacturing an indie hit from the film, The Kids builds a bitter reunion with pent-up anger, grief and anxiety.

Besides Clark and Harmony, the two most prominent figures in the documentary are Harold Hunter and Justin Peirce. Their career trajectories serves as the film's central axis as they both become the epitomes of the whole experience of being engaged in the Larry Clark project.

After Kids wrapped and the limelight waned off, Hunter returned to the streets to skate while Peirce made the move to Los Angeles to follow up on his burgeoning acting career. They are both sincerely remembered by the surviving castmates, while the implication that Kids put them on a fast track to their untimely demise cannot be overlooked. 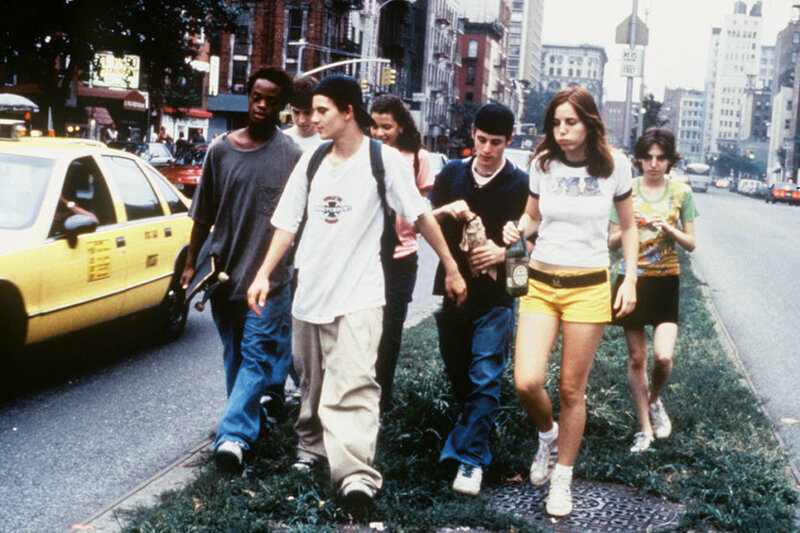 As a matter of fact, the Harris-Martin writing duo soon drifts from a lesson in cinema history concept the film may have suggested. The Kids starts with an introduction of the NYC scene and era. which is further documented in another Tribeca film, All The Streets Are Silent, directed by Jeremy Elin, scrutinizing the skateboarding and hip hop subculture of the late 80s and 90s (Harold Hunter and Harmony Korine appear in both films). Harris then switches to the personal testimony of how he remembers the things that happened, with the fall-out coloring the whole experience.

As other castmates chip in their point of view on the matter, the storytelling mode of The Kids switches from making-of to an almost true crime concept. Larry Clark becomes the prime perpetrator, not a trailblazing auteur and a fearless artist but an exploiter-in-chief with dubious ethical standards. The choir of discontent over Clark's artistic methods grows stronger while hard feelings become palpable with additional accusatory material.

The Kids documentary becomes the voice of those left behind who had to do healing to be able to move on. Unfortunately, Clark and Korine refused to partake in the documentary and the film lacks response from the other side, eventually leaving Clark's legacy and his personality tarnished.

Ultimately, Martin's docu-pic turns into yet another testament of a privilege dominating over have-nots in an unregulated environment. The Kids undoes the legacy of Kids by disclosing how the sauce was made and the toll of collective trauma it has induced.