Ewen Bremner, Leo Flanagan and Richard Jobson star in a drug-fueled biopic, directed by Nick Moran, about the founder of the label behind Oasis. 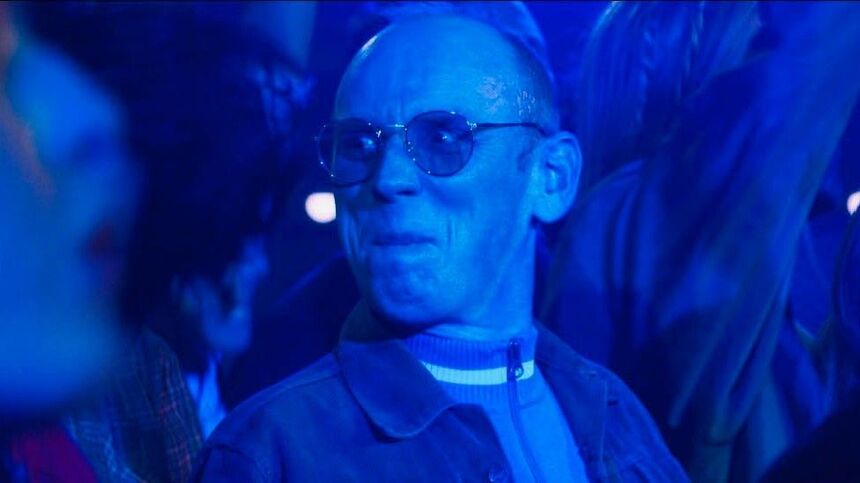 Pop music biopics have been crashing the box-office in recent years, cementing the legacy of bands and singers.

Bohemian Rhapsody, Ray, and Straight Outta Compton, along with a deluge of biopics in progress that entail portrayals of Madonna, Lemmy, Celine Dion, Bob Marley, Bee Gees and Michael Jackson, demand an oeuvre that would break the mould and sidestep at least some conventions. The fantasy biopic about Elton John, Rocketman, achieved that to a certain degree.

Enter Creation Stories, a biopic about Scottish musical manager Alan McGee and founder of the Creation Records label that launched Primal Scream, My Bloody Valentine and Oasis. Charmed and propelled into the music careers by the infamous appearance of Sex Pistols on the Bill Grundy show, director Nick Moran brings the same punk vigour to adapting McGee's 2013 autobiography, Creation Stories: Riots, Raves and Running a Label.

From punk to acid house to Britpop, Creation Stories tracks McGee's topsy-turvy career in the music biz, from working-class Glasgow to Tinseltown and onward to disillusionment. As the impresario of his own label, he wields a showmanship personality on the screen (portrayed by Leo Flanagan in his youngeer years and Ewen Bremmer on the rise to his success) to remain ridiculous (and megalomaniac) enough throughout the whole 105-minute running time, which is a quality that keeps pulling the plot along at a frantic pace. 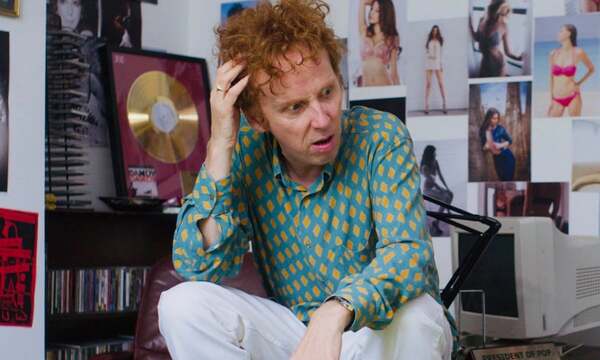 McGee has been pretty vocal about the biopic's strained relationship to the truth, implying that creative licence has been applied aplenty. Not expecting a warts-and-all approach to reconstructing ones life story, even though Creation Stories is the place where it would fit the best, biopics are usually about mythmaking and crating the larger-than-life persona. While Creation Stories comprises equal measure of ego-tripping as it does of actual tripping, the film's greatest achievement is taking what McGee remembers from his drug-fueled rise to moguldom and turning it into a psychedelic musical fable.

The film's manic tempo, which copies McGee's quicksilver mind on ecstasy, melds anecdotes with hallucinations (including a hilarious Aleister Crowley reverie), as the protagonist, a talentless musician and nihilist, continues his hunt for the band that "is going to be bigger than U2" (which is basically McGee's catchphrase). Gags -- verbal and visual -- crass humour and political jokes become a commodity that's not in shortage in the madcap rendition of the follow-your-dream formula. At one point, McGee even ceremoniously proclaims "I have a dream..."

Creation Stories does not deviate from the recognizable template as the radical bravado of some bands on display might suggest. The film hits familiar notes of coming-of-age conventions, though it hits them harder and squeezes a laugh or two from them. Coming-of-age proves to be a suitable pattern underlying the story, as Creation Stories morphs into a fine-tuned blend of satire and nostalgia. 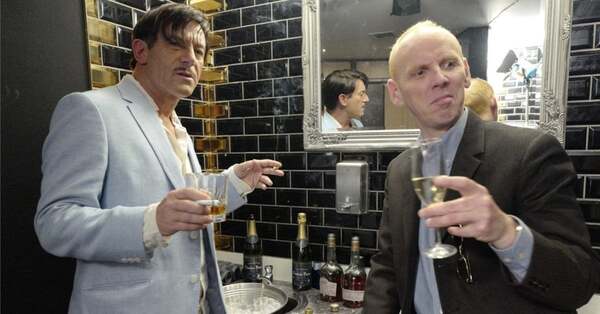 The film eventually becomes a cross-over between Bohemian Rhapsody and Trainspotting, a self-aggrandizing whimsical enterprise with LSD-tongue in cheek. The Trainspotting vibe is more of a home brand as Danny Boyle served as executive producer on Creation Stories, while Irvine Welsh tackled the script with Dean Cavanagh, and Ewen Bremmer in the leading role managed to enter the collective consciousness as Spud (and Julien Donkey Boy).

While Creation Stories may fail to fully satisfy any behind-the-scenes cravings of music biz fans from the 80s onward, the film doesn't disappoint in administering a concentrated rush of nostalgia, served with outrageous jokes at high cadence. The soundtrack and Richard Jacobson in the role of McGee's annoyed paterfamilias is a bonus.