Ben Wheatley wrote and directed; Joel Fry, Reece Shearsmith and Hayley Squires star in a horror-thriller that opens in theaters on April 16. 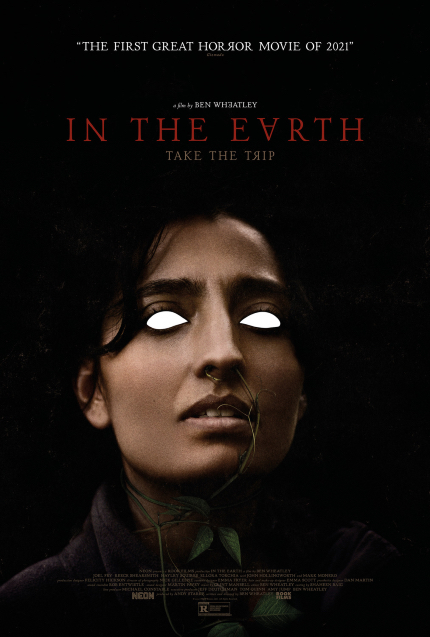 While everyone was still working on perfecting their sourdough mix or tightening their glutei during the first five or six months of a still ongoing pandemic, writer-director Ben Wheatley (High Rise, A Field in England, The Kill List), no slouch when it comes to making trippy, disturbing micro-budget thrillers on super-tight schedules, decided to step back into his genre roots (and boots) and wrote and directed In the Earth, an eco-horror-thriller shot in 15 days that’s something of a return to genre form for a filmmaker who had stumbled so badly with his first studio-financed film, Rebecca, Netflix’s ill-conceived re-adaptation of Daphne Du Maurier’s novel that served as fellow Brit Alfred Hitchcock’s calling card when he crossed the Atlantic to make films in Hollywood.

In the Earth finds Wheatley on firmer terra firma, trekking out into the wild forests outside of London to make a pandemic-themed eco-thriller where the real villains aren’t supernatural or paranormal, but irreparably wounded men and women obsessed with uncovering the hidden conduits and pathways that will allow them to communicate directly with the non-human intelligence that animates the forest, all while taking the occasional swipe or three at the humans who’ve despoiled the environment and —in a development that can be best described as timely given where we’ve been and where we’re headed — badly managed a global pandemic. Although it’s far from a new idea, Wheatley embraces the possibility that In the Earth’s pandemic arrived as a natural reaction to environmental degradation.

It’s not exactly a cheery, uplifting prospect, but it’s one the inhabitants of Wheatley’s damaged world either accept or ignore, perhaps even at their own peril. In the Earth’s nominal lead, Dr. Martin Lowery (Joel Fry), a taciturn research scientist who’s spent the last several months in lockdown, ventures out into the forest, ostensibly to check in and check up on a since missing ex-colleague, Olivia Wendle (Hayley Squires), a brilliant scientist engaged in cutting-edge field research, but also out of a desire to reconnect with someone who’s long left him and the world behind. At least initially, though, Olivia is more mystery than actual flesh and blood, seen only through Martin’s starstruck eyes. Since it’s Wheatley and a Wheatley film, the flesh and the blood come later, sometimes in pieces, sometimes in bucketfuls.

Aided by a forest ranger and skilled guide, Alma (Ellora Torchia), Martin begins a two-day trek that quickly goes awry. A city boy through and through, Martin’s skill set doesn’t include the great outdoors. He’s in no great shape either, something that naturally frustrates Alma, right up until a nighttime assault on their campsite leaves them short on supplies, bedding, and footwear. Cue a shoeless Martin slashes his foot on a sharp object, followed by the emergence of a wild-haired, wild-eyed recluse, Zach (Reece Shearsmith), who offers to help Martin and Alma out of their predicament. Hint: Depending on the kindness of strangers in a Wheatley film is usually a recipe for personal disaster, if not outright catastrophe.

Before Martin can say “field surgery with unsterilized cutlery,” Zach’s crudely stitching together the open wound on the sole (but not soul) of Martin’s foot and sending In the Earth along a not unpredictable path as Zach, the pagan mystic to Olivia’s hardcore scientist, embroils Martin and Alma in violent rituals meant to communicate with the silent god or gods of the forest. Olivia might have science and scientific equipment on her side, but she’s just as obsessed with communicating with the non-human intelligence presumably living in and through the forest. Wheatley depicts Zach and Olivia as essentially two sides of the same poisonous mushroom with little to distinguish them from one another besides their propensity for and/or willingness to embrace violence in pursuit of their idealized ends.

And that just gets us to In the Earth’s halfway mark. As Zach retreats to the background and Olivia to the foreground, In the Earth takes a turn — actually multiple turns — into increasingly bizarre territory, leaving narrative and by extension narrative coherence behind in exchange for a series of hallucinogenic deep-dives into the fractured psyches of its characters and their relationship to the non-human world, complete with discordant sound design and strobe lights meant to induce one head trip after another (freakout). By that point, Wheatley seems to have lost the plot (assuming he ever had one), contenting himself with enigmatic, ambitious visuals that will leave some viewers frustratingly perplexed with Wheatley’s ambiguous non-answers and others giddy with unexplained (and unexplainable) excitement at Wheatley’s provocative embrace of psychedelic, pagan mysticism.

Review originally published during the Sundance Film Festival in February 2020. The film will open in select U.S. theaters on Friday, April 16, via Neon; visit the official site for more information. 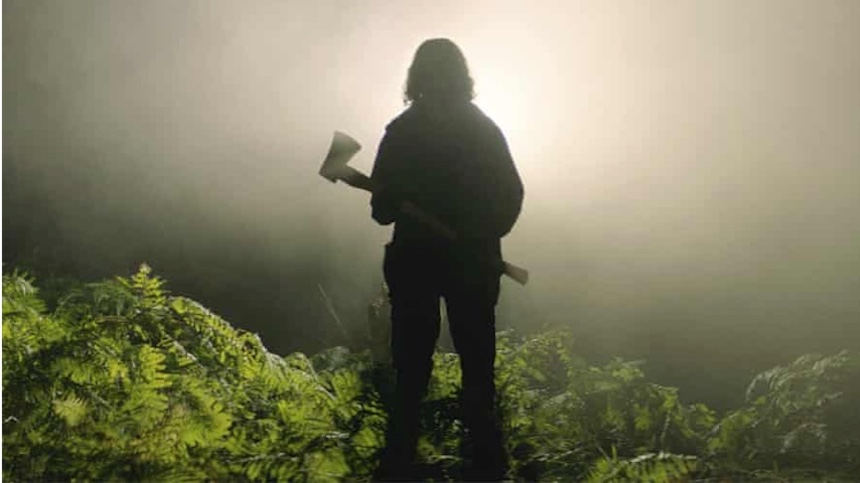 Do you feel this content is inappropriate or infringes upon your rights? Click here to report it, or see our DMCA policy.
Ben WheatleyHayley SquiresJoel FryNeonReece ShearsmithUK

More about In the Earth