Dennis To stars as the legendary martials arts teacher during a rocky time fighting corruption, directed by Li Liming and now streaming on Hulu. 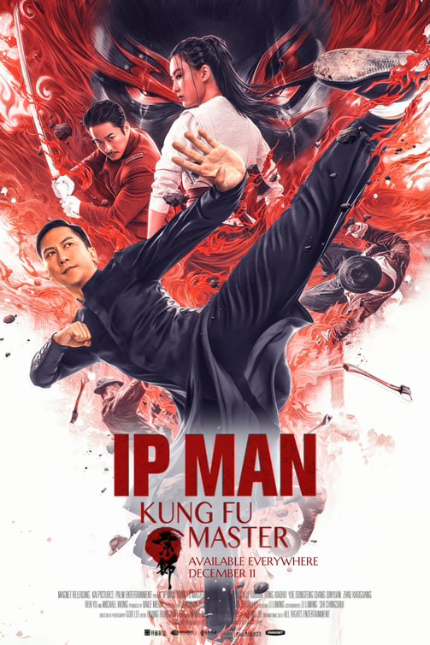 Is there room for one more Ip Man?

Recently appointed as Police Captain in Foshan, Ip Man (Dennis To Yung-Hang) is immediately tested after a well-known and much-feared criminal overlord kills a man in his presence.

This comes after Ip Man has arrived to arrest him on suspicion of other major crimes, and after Ip Man has to fight his way through waves of opponents, climbing staircase after staircase and defeating them all soundly. Then he witnesses the murder, whereupon the criminal overlord smugly surrenders himself into police custody, confident that he will only spend a brief time in custody, since he already owns Ip Man's superior officer, as well as everyone else of consequence in Foshan.

Unfortunately, things do not go as planned, Ip Man is held responsible for a man's death even though he had nothing to do with it, and the balance of the film follows Ip Man's heroic course as he must constantly defend himself from official corruption, criminal attacks from his own countrymen, as well as an invading Japanese force that is bent on establishing their superiority over everything good and Chinese.

Amidst the potentially potent spirit of nationalism, the needs of the common people are downplayed in favor of a strong response from the destined and righteous leadership that is offered by Ip Man, who also occasionally endeavors to please his wife and growing family. There are many things in Ip Man: Kung Fu Master that I do not fully understand, given my own ignorance about this historic period in Chinese history, not to mention my general ignorance about recent Chinese history.

A further confession: I'm such a big fan of Donnie Yen's recent series of Ip Man films that I haven't been paying attention to this concurrent duopoly of Ip Man films, which kicked off in 2010 with The Legend Is Born - Ip Man under the direction of Herman Yau. (Read more about it in a review by our own James Marsh and also in a Blu-ray review by our own J Hurtado.) That film served as a prequel of sorts to the other Ip Man film under way at the time, beginning with a younger Ip Man.

I'm not sure what happened in the subsequent years, but Dennis To has returned to portray Ip Man, who became a police officer in Foshan at the age of 24. The film appears to fudge historical details, though I'm certainly no expert. Still, how is the action?

Er, it's OK, staged by director Li Liming in the modern style, which puts the emphasis on close-ups and quick cutting. Theoretically, I suppose this is intended to heighten and hype things up, but in reality, it makes every fight look the same, just a blitzkrieg of movement, which is difficult to follow for the average middle-aged viewer (me, in this case).

Beyond the faintly nationalistic fervor that slowly coalesces in the background, Ip Man himself is not a terribly charismatic personality, which might be proper for a martial arts teacher who would become legendary as a teacher of wing chun and of Bruce Lee, but makes him less dependably dynamic as a police captain, ex-police captain, and fighter against Evil.

On the plus side, it's available as part of the Hulu streaming service, so for those of us who already have the service, it's a fine mealtime companion.

Do you feel this content is inappropriate or infringes upon your rights? Click here to report it, or see our DMCA policy.
ChinaDennis ToIp ManLi Liming

More about The Legend Is Born - Ip Man