Since its much-publicized Venice 2018 premiere, The Nightingale has had a certain degree of controversy hovering around it.

From a journalist shouting expletives at Jennifer Kent during the Viennale to criticisms leveled at the inclusion of multiple rape scenes and its brutal depictions of violence, which led to reports of people walking out of screenings, The Nightingale sometimes made headlines that threatened to overshadow the film’s impeccable craft. At the same time, the extreme response it triggered underscored just how successful Jennifer Kent had been in creating a discomforting period piece that felt painfully true to life.

Almost on par with her critically acclaimed debut, The Babadook, but nightmarish for different reasons, The Nightingale unpacks Australia’s harrowing legacy by centering on the suffering of Irish convicts and Aboriginals in Tasmania at the hands of the British Empire in 1825. As our own Thomas Humphrey observed in his in-depth review, The Nightingale should be seen as a brutally honest reflection: “a dramatic manacle constructed entirely to force you to feel and confront the horrible realities of colonialism until you can no longer ignore it.” Designed to be disturbing, the film is thus intent on “exorcis[ing] the horrors of the past”.

Likely because of its visceral and unflinching look at historical atrocities, one that steers clear from providing the easy-going genre thrills that connect with most mainstream viewers’ tastes, Jennifer Kent’s sophomore film struggled to find distribution in certain territories. Similarly, The Nightingale’s home video rollout has often been reduced to ‘bare-bones’ editions (particularly in Europe). Second Sight Films - a UK-based distributor that has built a sterling reputation for itself with lovingly rendered limited and special editions of genre and cult movies - is righting at least one historical wrong by finally giving Kent’s masterpiece the treatment it deserves.

As the image gallery below illustrates, their limited edition of The Nightingale is presented as a sturdy cardboard package with Laura Racero’s slipcase artwork teasing the connected fates of Clare and Billy, brilliantly portrayed by Aisling Franciosi and Baykali Ganambarr. The former a Caucasian Irish convict who sets out for revenge and the latter an Aboriginal tracker who gets tied up in her cause, the artwork unites both leads yet sees them staring in opposite directions to convey the difficulty with which their partnership comes about. Clare and Billy not seeing eye to eye is significant to Kent’s storytelling, given that she comments on the pervasiveness of racist prejudice, which allows for discrimination even among the downtrodden.

Included in the package is a 40 page perfect-bound booklet with critical essays and a production design gallery. In the first essay, “Empathy and sympathy in The Nightingale”, Elena Lazic first contextualizes vengeance by comparing The Nightingale to rape-revenge films such as Ms. 45 and Revenge (also available from Second Sight Films). However, Lazic Kent’s work differs from most films in this genre seeing as Clare, herself abused and wronged in more ways than one, is also an oppressor of the indiginous population. Lazic notes that Clare undertakes a profoundly personal journey, but one that illustrates how everyone under colonial rule suffers from systemic oppression, which leads to a sense of kinship with Billy as she gradually understands some of his pain.

In “The Road Less Travelled By”, Alexandra Heller-Nicholas similarly observes that, while Kent underscores the fundamental difference in the experience of both leads, they find a common enemy in white masculinity. Heller-Nicholas also convincingly argues that The Nightingale manages to speak to past and contemporary pains regarding the nature of violence and the universal pervasiveness of sexism and racism.

On top of excellent essays that stimulate reflection and debate over the film’s complex themes, this Blu-Ray disc comes loaded with bonus content, including a slew of actor interviews and a making of feature. Among the most interesting offerings are “‘Bloody White People': A Video Essay by Alexandra Heller-Nicholas”, “She Will Not Be Silenced: an interview with Actor Aisling Franciosi” and “The Nightingale in Context”, each of which helps build a framework to better understand The Nightingale’s harrowing authenticity as well as appreciate the flawed and fleshed-out characters.

If the above somehow isn’t enough bang for your buck, it’s worth noting the package includes 3 collectors’ art cards featuring stills from the film (pictured below), with a 4th art card featuring new key art exclusive to Second Sight customers.

Watching this exhaustive edition of The Nightingale makes viewers understand how Kent, with a deep sense of compassion, has succeeded in capturing the pain of exploitation without making an exploitation film. It’s a sumptuous release that cinephiles would be lucky to add to their home libraries and as of February 8, they can do so simply by heading over to the distributor’s website. 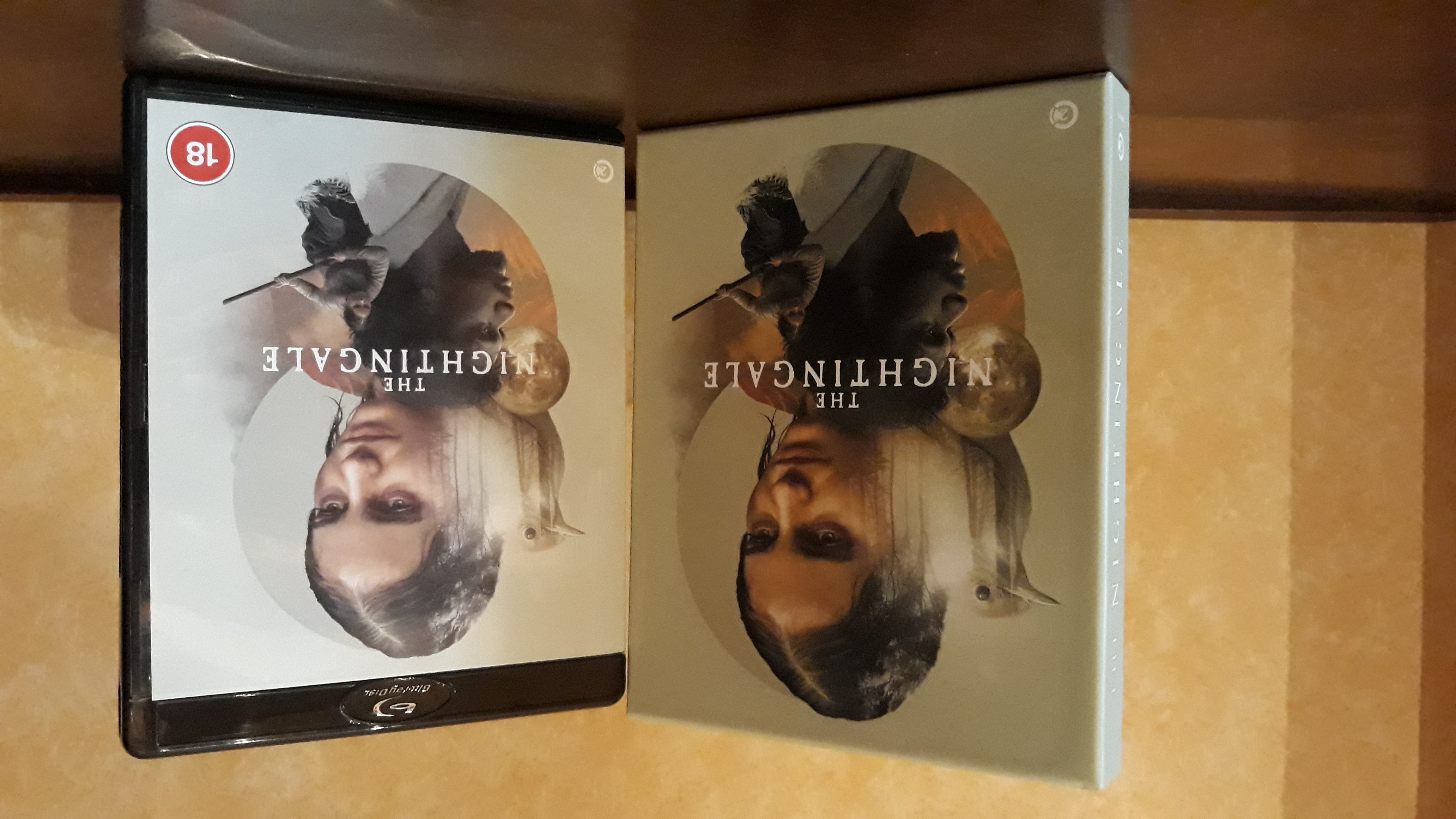 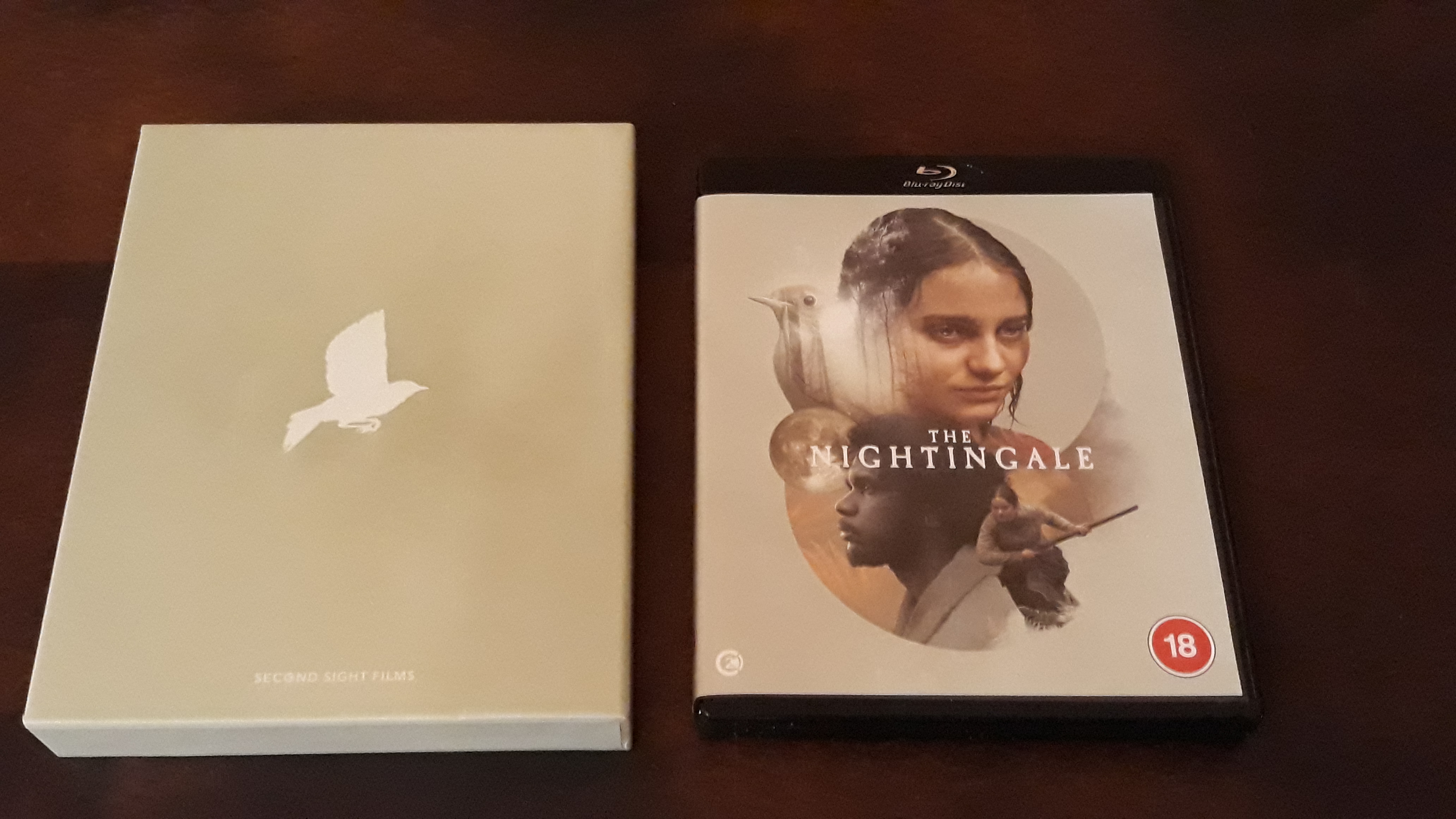 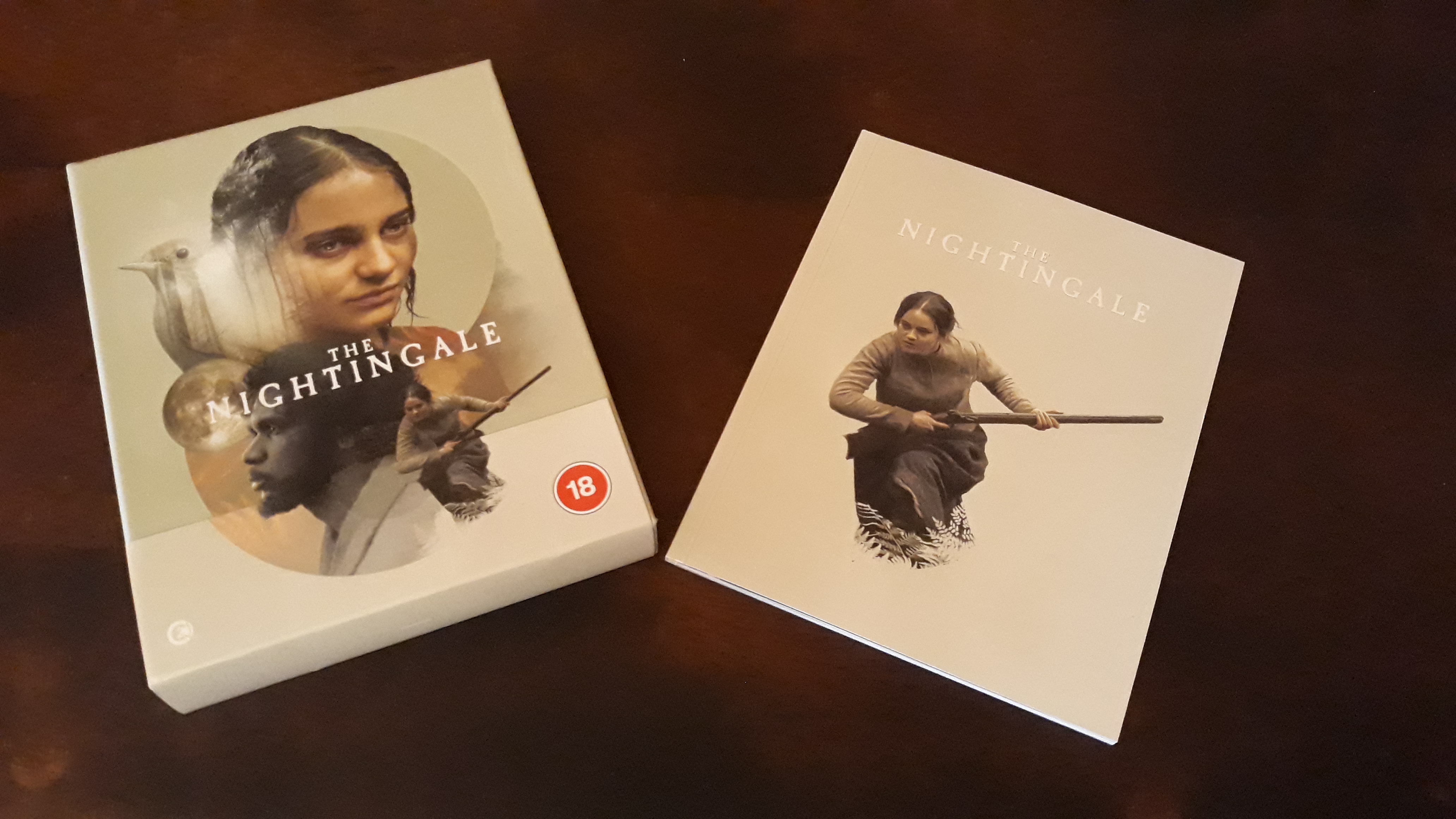 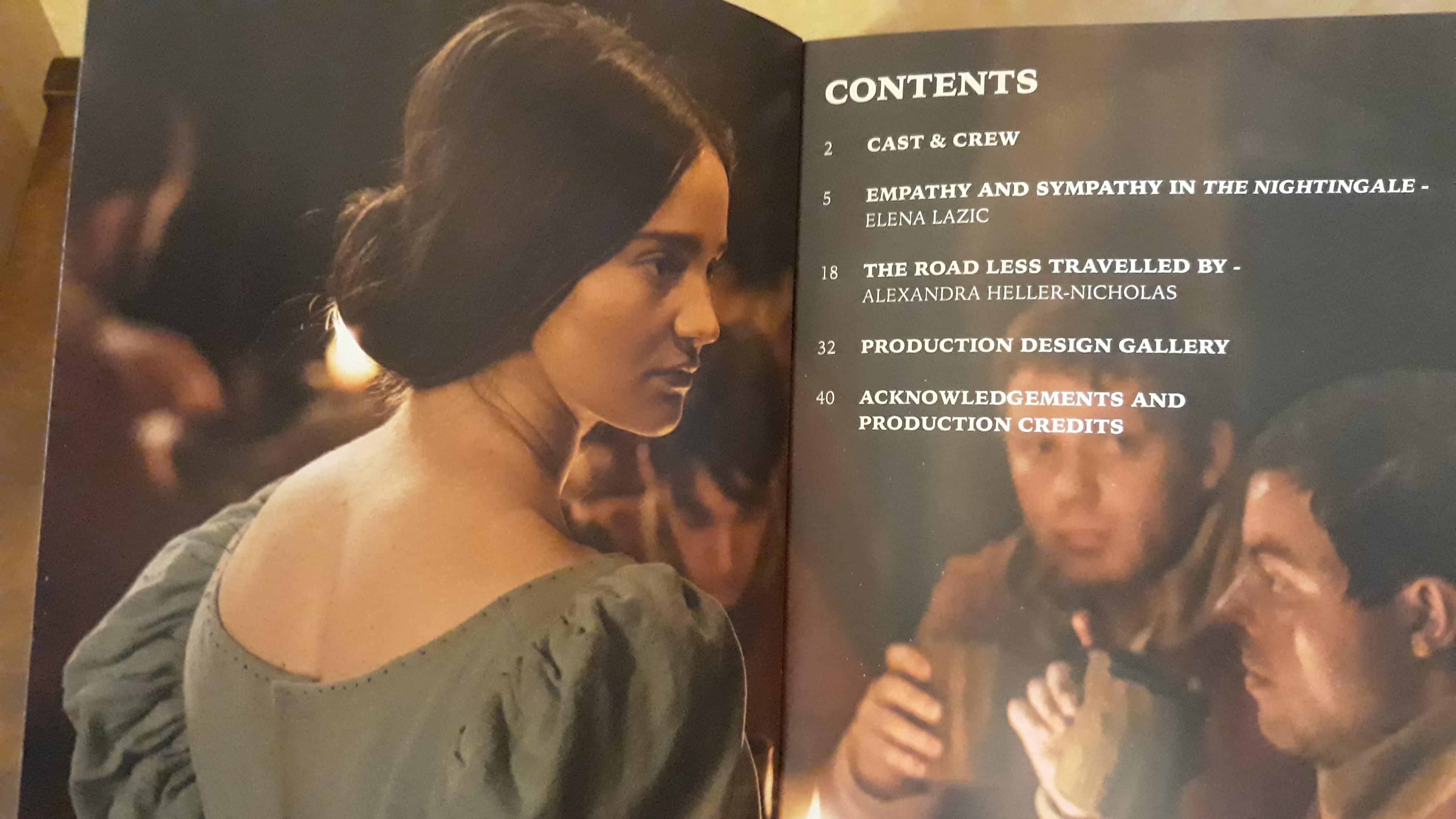 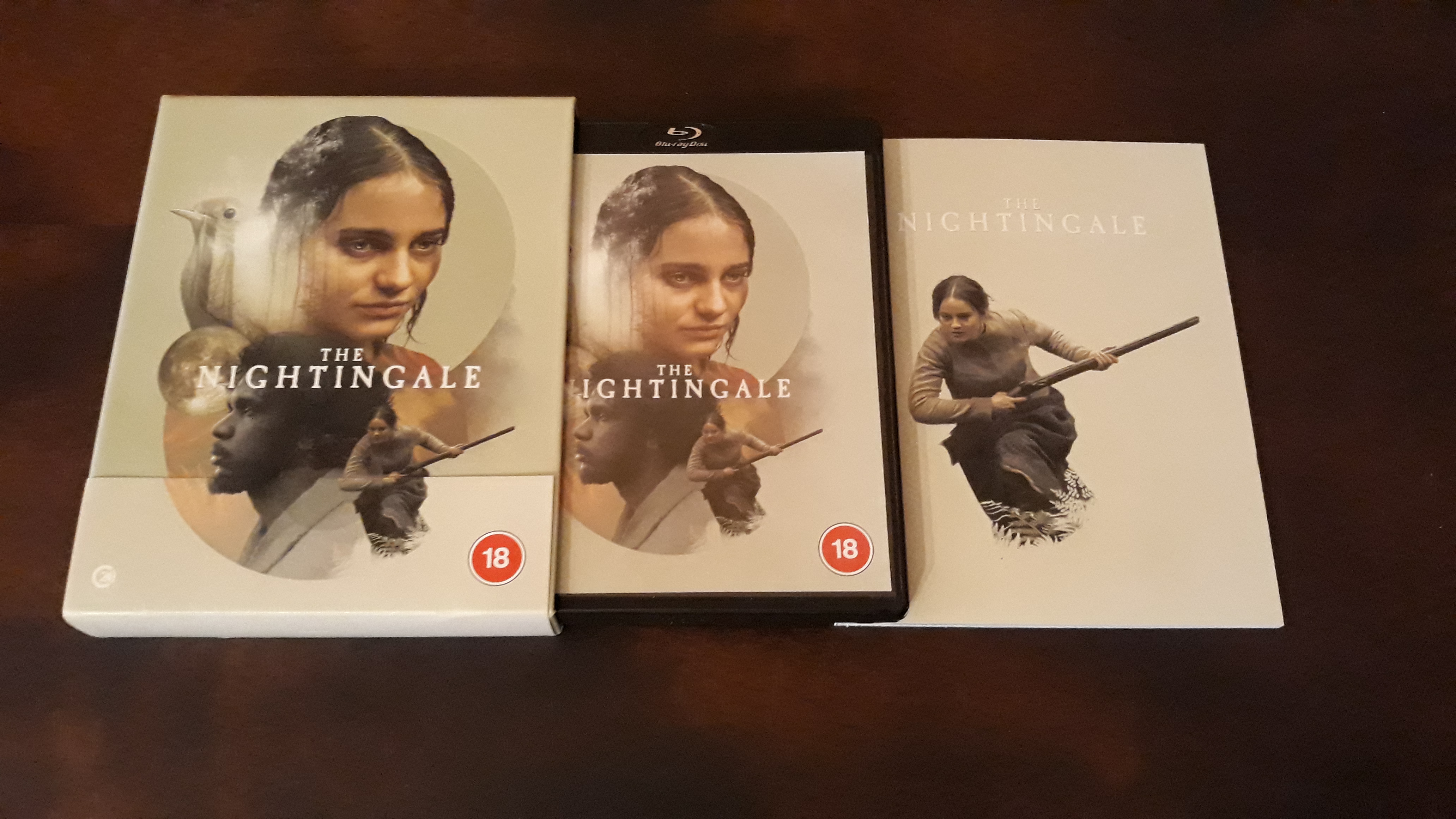 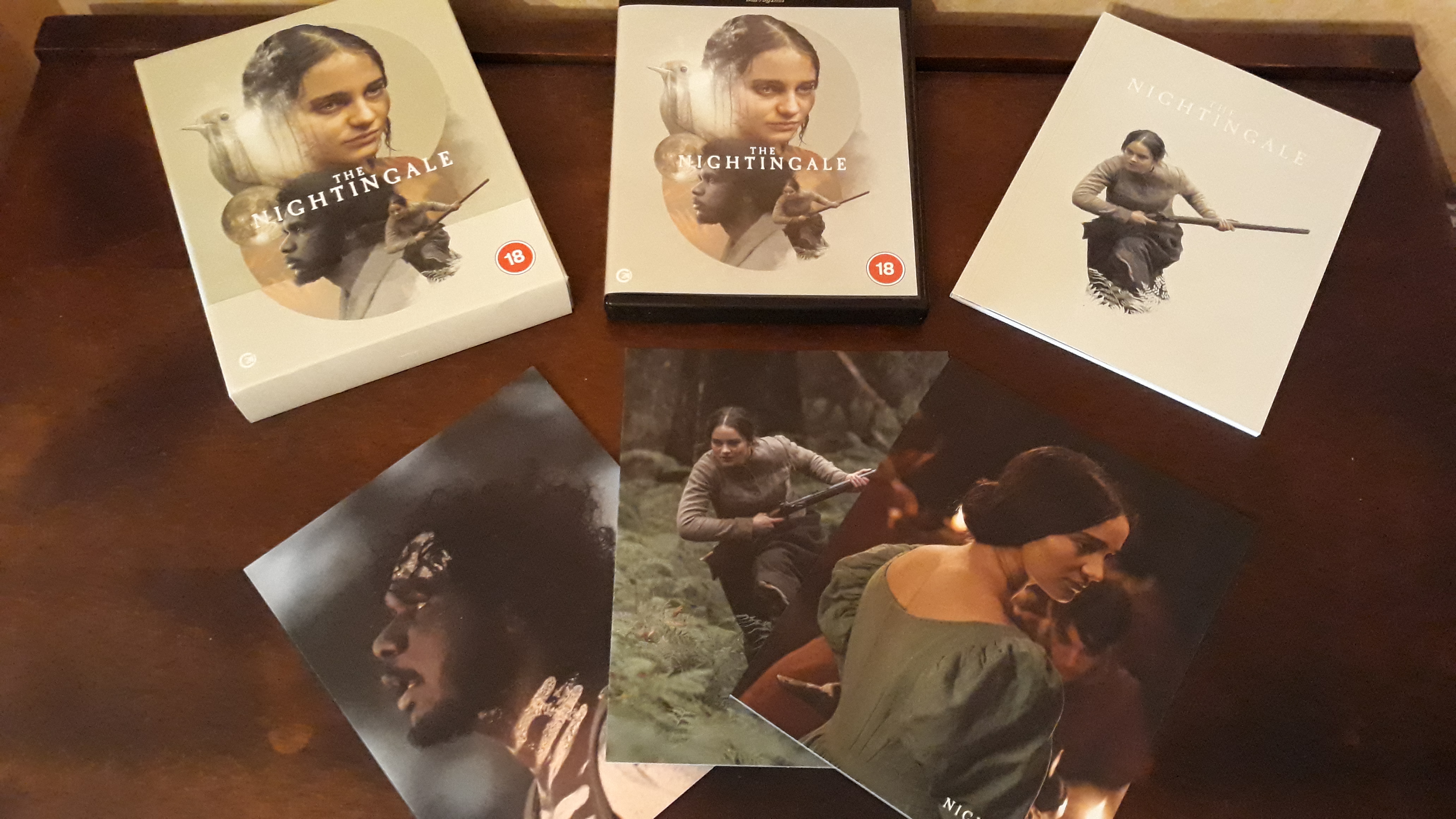 Do you feel this content is inappropriate or infringes upon your rights? Click here to report it, or see our DMCA policy.
Aisling FranciosiBaykali GanambarrJennifer KentSecond Sight FilmsThe Nightingale