THE CALL Interview: Tobin Bell on His Latest Film and the Legacy of Alan Parker

American character actor Tobin Bell is, of course, a true horror star after appearing throughout the entire Saw franchise as the antagonist John Kramer, aka Jigsaw.

More recently, Bell has worked on other movies of this genre, including the Mexican production Belzebuth, directed by Emilio Portes, and The Call, which just hit theaters and drive-ins in the US last Friday, October 2.

Directed by Timothy Woodward Jr., The Call follows a group of teenagers who hold a grudge against an old lady, Edith Cranston (Lin Shaye), who’s apparently a witch and the unpunished responsible party for the disappearance years ago of a local girl, the sister of one of the teen protagonists. The new kid on the block, Chris (Chester Rushing), soon joins the “tradition” of harassing Edith, unaware of the consequences that their unkind actions will have.

The main scenario is established by Edith’s husband, Edward (Bell): each one of the four youngsters will receive a lot of money if they manage to sustain a telephone call with Edith for just one minute. What’s the catch? At this point, Edith has already committed suicide and lies buried together with a telephone.

The Call mixes paranormal and physiological horror, and has a few other surprises in store. Its release presented the opportunity to speak with Bell about other stuff as well, such as the evolution of James Wan and the legacy of the late, great Alan Parker.

ScreenAnarchy: What got you interested in the script of THE CALL?

Tobin Bell: The very long scene in the house.

In this case there’s a scene in the house that is a very long scene. I looked at that scene and I could see what a challenge would be to make it look natural and not just a protracted monologue. I took the job because I love challenges and I though that scene was very challenging, to create the proper physical logic... because acting is doing, it’s not about the words, it’s about what’s going on. That’s the simplest answer I can give you, I took it because there was a very specific challenge within the film, it was my job to try to make as real as I could. 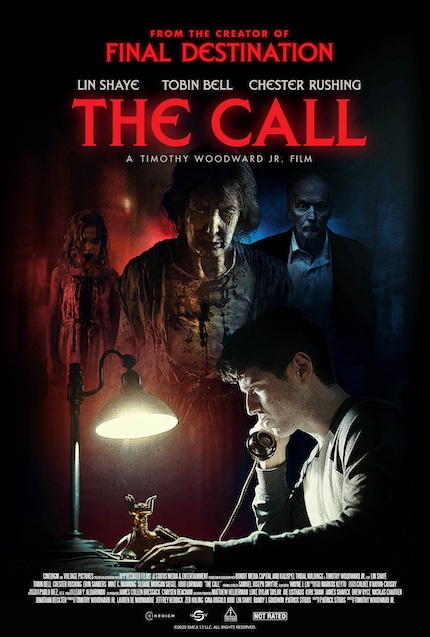 Your character sets the rules for the youngsters. I saw a bit of SAW in the sense that they’re also entering a game and they don’t know what’s really going on. Did you feel that connection with SAW and Jigsaw?

Obviously I could see why somebody would think that.

No, there was no relationship between Edward Cranston and John Kramer. It never even occurred to me, what occurred to me was to have a man who loved his wife and still wanted to be connected to her and communicate with her and would do whatever that they had determined ahead of time to make that happen.

I can understand why you would make that connection but that didn’t occur to me at all, beyond the nous in it. I develop each character completely seperately and use very particular techniques to do that. From a fuctional point of view, there was no connection, but I can understand why that popped into your head.

THE CALL is basically paranormal and psychological horror but there’s also something mundane about it, it has real issues that might connect with people. Do you think that horror, beyond the jump scares and so on, needs that human connection?

How was the experience of working with Lin Shaye?

Lin connects, she’s an actress who connects, she brings humanity to what she does no matter how edgy the role is that’s she’s playing. She brings this sense of depth to the character. That’s always a delight for another actor who cares about that and being able to connect with the person that I’m working with is tremendously important to me and the camera sees it. I think we were able to create something simple but intense with this. 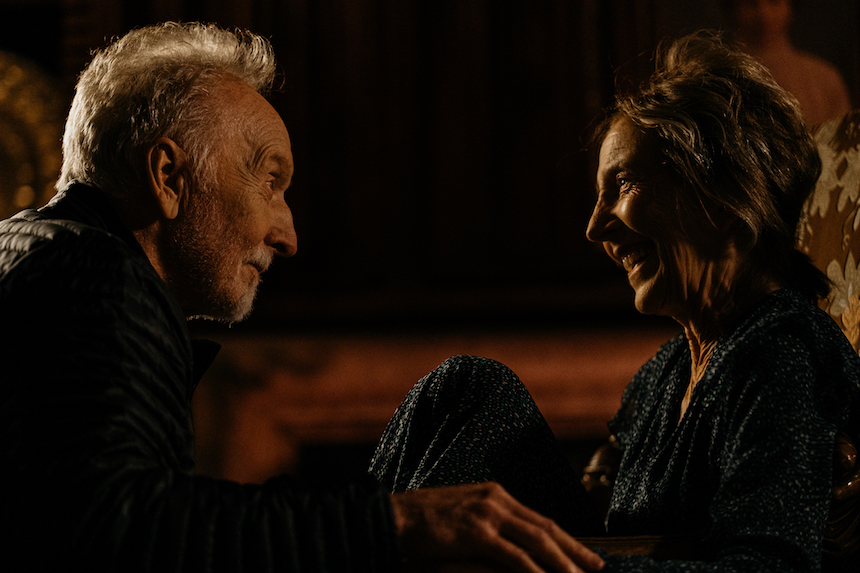 You worked with James Wan 16 years ago on his first feature [SAW] and now he’s one of the biggest directors in Hollywood. What do you think about his evolution?

I’m delighted, it’s one of those wonderful Hollywood stories, where a guy comes from a distant land and makes one small movie. He comes here with a dream and a 10-minute short film and he makes a relatively low-budget movie that takes off and it’s very sucessful and he moves on successfully. The testament to James is talent, he has gone from making Saw, a $1 million dollar film shot on a stage, to films of $60 million dollars, big budgets, big crews, special effects, you name it. So it’s a testament to James’ talent and abilities.

You worked with Alan Parker on MISSISSIPPI BURNING. He passed away this year so how do you feel about his legacy as a filmmaker?

Amazing. Alan came from making commercials, he’s British, he was knighted before he passed away. I think he‘s one of the truly great directors in filmmaking. He’s an Englishman who was fascinated by American history and made multiple films about the history of this country. I feel honored to have had an opportunity to be directed by Alan Parker.

More about The Call