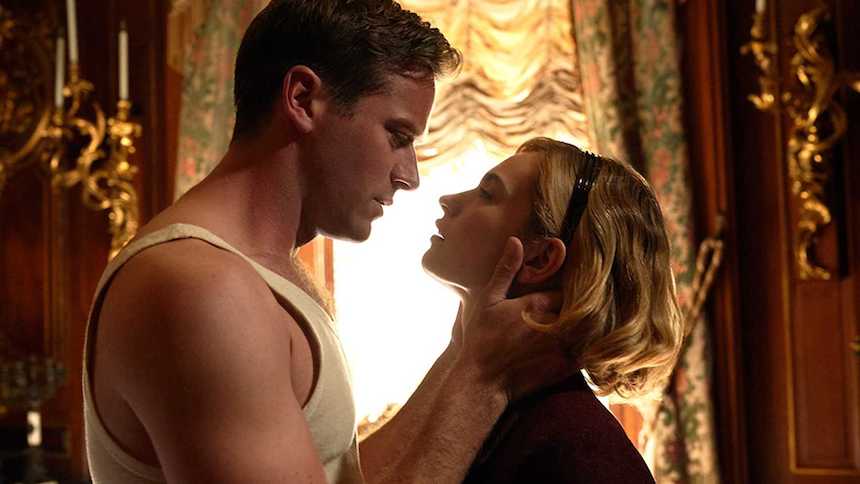 Though more than deserving (an understatement, surely), Alfred Hitchcock (North by Northwest, Vertigo, Rear Window, Shadow of a Doubt) never won an Academy Award for Best Director. But his first American film for uber-producer David O. Selznick, Rebecca, the first adaptation of Daphne du Maurier’s (My Cousin Rachel, Jamaica Inn) bestselling, 1938 novel, won two Oscars, one for Best Cinematography, and the other, more importantly, for Best Picture in 1940. As the producer, Selznick picked up the Oscar and kept it at his home, but without Hitchcock and the Hitchcock Touch (wit, sophistication, visual style), Rebecca likely would have become a commercial success given the novel’s popularity, but maybe not an artistic or aesthetic one with a stellar and steadily growing reputation as one of Hitchcock’s finest contributions to classical American cinema.

Any remake — or to be more accurate, any re-adaptation of du Maurier’s novel — would have to contend with the long shadow cast by its 80-year-old predecessor. This is an obstacle any non-masochistic director, even one as talented or well-respected as indie auteur Ben Wheatley (High Rise, A Field in England, The Kill List), would naturally sidestep or avoid unless they could take a new adaptation in completely original or novel directions, unencumbered by the demands or the concerns of typically risk-averse producers or to be blunt, want to move into mainstream filmmaking. Unfortunately, Wheatley, making the jump to mid-budget, studio fare like the new adaptation of Rebecca has all but neutered his outré filmmaking instincts.

Slickly, competently, if ultimately anonymously, made, the new adaptation scripted by Jane Goldman, Joe Shrapnel, and Anna Waterhouse covers familiar territory, initially focusing on the unnamed protagonist (Lily James), a twenty-something Englishwoman of few means and even fewer prospects. Orphaned at a young age, the future second Mrs. De Winter meets her future husband, Maxim De Winter, an imperious, temperamental, recently widowed aristocrat while working in Monte Carlo. She is a personal companion to Mrs. Van Hopper (Ann Dowd), an older woman of some means and social position who treats the future second Mrs. De Winter with mildly concealed contempt simply because she can.

Once figuratively — and later, literally — swept off her feet by Maxim, the future second Mrs. De Winter agrees to his spontaneous marriage proposal. After all, he represents everything a woman in pre-WWII England couldn’t possibly achieve on her own: wealth, status, and power. Du Maurier pointedly didn’t give her protagonist a name beyond Mrs. De Winter: without a name, she’s all but invisible in a rigid, inflexible class and caste system. Once she’s married, everything she has and represents belongs to her husband’s name and what he represents in that inflexible society. And given her pre-marriage status, leaving the marriage by divorce (frowned upon at the time) or simply abandonment isn’t really an option. In du Maurier’s view, marriage functions as a figurative prison.

After Mrs. De Winter arrives at the family estate, Manderley, everything changes, and not for the better. Maxim turns surly and distant, losing his temper with little or no provocation while the second Mrs. De Winter finds herself at constant odds with the Arctic-cold Mrs. Danvers (Kristin Scott Thomas), the estate’s longtime housekeeper and the first Mrs. De Winter’s (the Rebecca of the title) confidante, friend, and object of obsession, if not outright desire. (The lesbian connotations of du Maurier's novel are made more explicit here.) Between Maxim’s repeated bouts of emotional vacancy — Hammer, often a passive, recessive performer, but aside from a dodgy English accent, perfect cast here — and Mrs. Danvers overt attempts to demean, humiliate, and on occasion, gaslight the second Mrs. De Winter, the protagonist’s stay at Manderley becomes increasingly unpleasant for her and by extension, viewers as well.

Rebecca all but climaxes at an ill-conceived masquerade ball, but du Maurier still had plenty of twists, turns, and switchbacks left in her plot-heavy arsenal. These include multiple, borderline lurid revelations about the first Mrs. Winter, Maxim’s possible involvement in her demise, and the second Mrs. De Winter’s transformation from a passive receptacle for Mrs. Danvers' hatred to an active, junior-level detective keen on discovering the truth about Rebecca and possibly saving her marriage in the process. While necessary from one perspective, each revelation becomes more melodramatic and less emotionally resonant than the last. But at least Rebecca remains visually engaging throughout its two-hour running time thanks to Wheatley’s assured, if overly measured, direction, Sarah Greenwood’s sumptuous, period-specific production design, Julian Day’s eye-catching costumes, and Laurie Rose’s textured, color-rich cinematography.

Minus one or two dream sequences that border on the hallucinogenic or psychedelic, Rebecca rarely feels like a Ben Wheatley film. It’s more than polished enough to serve as proof of Wheatley’s facility with bigger budgets and straightforward, dramatic storytelling, but the new adaptation of Rebecca never feels essential. It feels like a slightly different, color version of an over-familiar tale (because it is).

Rebecca is available to stream on Netflix.