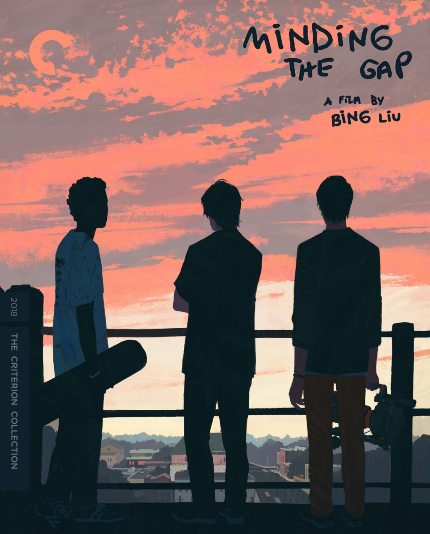 Just when you thought it was safe to spend your hard-earned money on food, clothing, and housing, here come more reasons from The Criterion Collection to question your choice of employment.

In January 2021, the company that specializes in presenting high-toned feature films from around the world will release four strikingly different entrees. Kicking it off is Rolling Thunder Revue: A Bob Dylan Story by Martin Scorsese, the title telling fans of Dylan and/or Scorsese everything they need to know before making a purchasing decision. (Note of interest: it includes a new interview with Scorsese.)

Next up is a deceptively affecting film that may be of particular appeal to people who enjoy stories about people who are just coming of age and dealing with all that adolescent angst while also rolling around on skateboard(s), Bing Liu's doc Minding the Gap.

Those who anticipate a post-holiday seasonal requirement for "a harrowing Christian allegory set in wartime Belarus," as described by Criterion, may be well satisfied and/or excoriated by Larisa Shepitko's The Ascent.

Finally, this world was not enough for Luis Bunuel, so before he departed for a better place, his final three films -- The Discreet Charm of the Bourgeoisie, The Phantom of Liberty, and That Obscure Object of Desire -- filled to overflowing with "non-sequitur surrealism and cutting satire," again per the gifted folks at Criterion, where you can discover more information about these and other fine objects deserving of home-video veneration.

Do you feel this content is inappropriate or infringes upon your rights? Click here to report it, or see our DMCA policy.
Bob DylanCriterionCriterion CollectionLuis BunuelMartin ScorseseSoviet UnionSpain