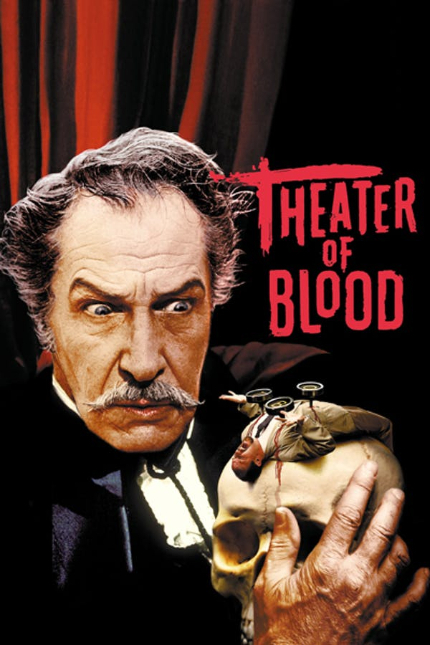 "I will kill you when I am ready. Be it next week, next month, perhaps next year. But first, I'm going to make you suffer in the same way you made me suffer!"

Theater of Blood (1973)
Now available to stream on Shudder and also on The Criterion Channel.

Nearing the end of an illustrious run as a leading man in the cinema, Vincent Price invariably found some aspect of a character that only he could bring to life.

Born and raised in the American Midwest (near St. Louis, Missouri), Price graduated from Yale University and then moved to London to further his education. Drawn to the theater, he began his stage career in 1934 and made his film debut in Service de Luxe (1938), which led to several villainous roles, including the horror films Tower of London (1939) and The Invisible Man Returns (1940, available to stream free on Peacock), before he broke out in Otto Preminger's bombshell picture Laura (1944).

His first starring performance came in Sam Fuller's startling Western The Baron of Arizona (1950, available to stream on The Criterion Channel.) He established himself firmly as a leading man in horror films with his eye-opening turns in House of Wax (1953), The Fly (1958) and House on Haunted Hill (1959).

Vincent Price's collaborations with director Roger Corman on the filmmaker's so-called 'Poe Cyclc' of films cemented the actor's reputation as a master of horror. Featured in the lead role in seven of the eight films between 1960 and 1965, Price commands the screen every time he makes an appearance. Corman himself was reaching for his creative heights as a director, and the films are grandly entertaining for anyone with a taste for the ghoulish and macabre.

(Of the eight films, The Fall of the House of Usher, The Masque of the Red Death, and Tomb of Ligeia are all now streaming on Shudder, representing entries #1, #7, and #8; if you only have time for one, I'd pick #7 for its amazing colors, and Price giving a very strong performance.)

(Of the other films in the Corman/Poe Cycle, Pit and the Pendulum, Premature Burial, and Tales of Terror, are all now streaming on Amazon Prime Video, representing entries #2, #3, and #4, with my favorite being #4. The Raven and Haunted Palace, entries #5 and #6, are only available as VOD rentals.)

During the 1960s, Price also starred in such notable titles as The Last Man on Earth (1964), the first and best adaptation of the Richard Matheson novella I Am Legend. He also made frequent appearances on U.S. television, widening his profile, which was further broadened by his starring role in comic fluff like Dr. Goldfoot and the Bikini Machine (1965).

This era of Price's career included horror titles The Oblong Box, Scream and Scream Again, Cry of the Banshee, The Abominable Dr. Phibes, Dr. Phibes Rises Again, and Madhouse, most of which are available to stream on Amazon Prime Video, but I elected to start with Theater of Blood (1973), which I believe I saw a few years after its theatrical release on broadcast television.

Meant as a macabre comedy, Price stars as Edward Lionheart, an actor who has built his long stage career solely around his interpretation of Shakespearean roles. Apparently driven to suicide by the failure of critics to appreciate his genius by recognizing him with an annual award, he returns from the dead to murder them, one by one, dramatically recreating death scenes from the Bard's plays.

The idea itself, cooked up by producers Stanley Mann and John Kohn, is fabulous. It's wonderful to listen to Price's enactment of snippets from Shakespeare as he makes crackling pronouncements of death sentences upon the unappreciative critics with grand theatrical flourishes. (Side note: While making the film, Price met co-star Coral Browne; they married the following year.)

It's also easy to read the character's denunciation of dunderheaded critics as reflecting the actor's own feelings about being pigeonholed into horror movies that were not always worthy of his talents. Diana Rigg clearly takes great relish in portraying a variety of costumed characters in support of the great Lionheart, the words rolling off her tongue with vim and vigor.

The film itself, sadly, is somewhat lackluster when neither Price nor Rigg are on screen, following a police investigation led by the befuddled Milo O'Shea, a reliable actor who doesn't have much to do here except steadily remind that he was capable of much more. Screenwriter Anthony Greville-Bell did, though, come up with a number of elaborate murder scenes which, themselves, become the co-stars, furnishing fitting support for Price and Rigg, as directed by Douglas Hickox (Brannigan, 1975).

Looking back, Theater of Blood was a forerunner of the slasher films that would take hold in U.S. cinema after John Carpenter's Halloween (1978). Price's character engineers the deaths and influences other to carry out his evil commands, largely through force of personality, which differentiates it from a prototypical slasher film. But the variety of the murders themselves are strikingly reminiscent of the murder-scenes that became the raison d'etre of far too many sequels and rip-offs in the 80s.

Speaking of force of personality, Vincent Price definitely had a powerful screen presence and the more I watch (and re-watch) his past performances, the more I miss him as an actor and personality. 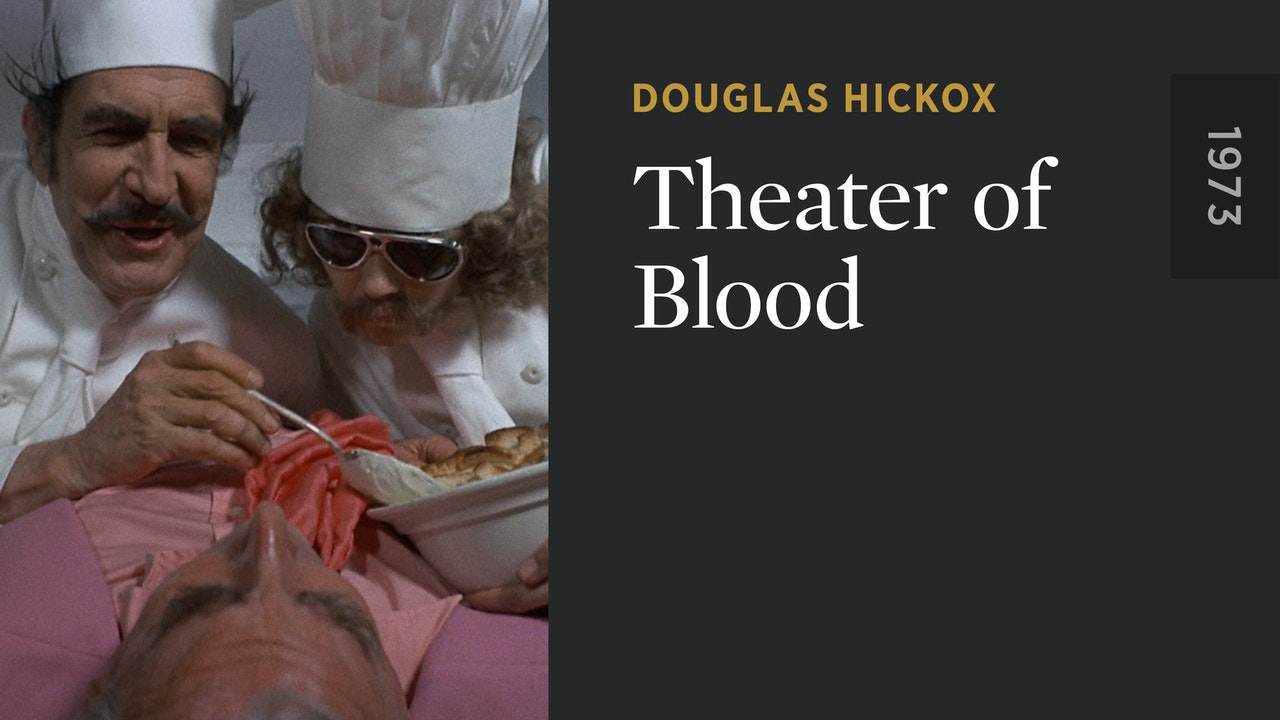 Do you feel this content is inappropriate or infringes upon your rights? Click here to report it, or see our DMCA policy.
Diana RiggDouglas HickoxShudderThe Criterion ChannelUKVincent Price