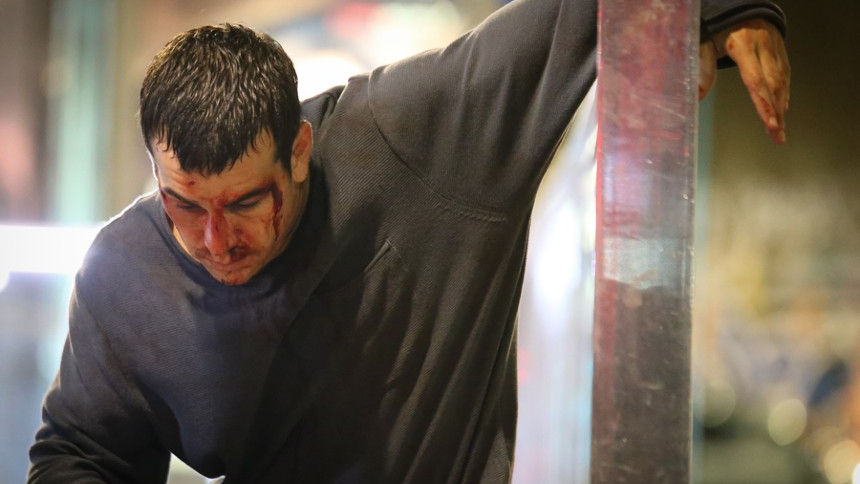 Set to screen at the upcoming Sitges International Film Festival, David Victori's No matarás (English title: Cross the Line) stars Spanish actor Mario Casas, who is well-known among his fans for his lead performances, especially in romantic dramas and on various television shows, and he continues to show up in very interesting supporting roles, such as films by Alex de la Iglesia (Witching and Bitching, The Bar).

Thus, it's not surprising that the trailer initially appears to be for a hard-edged romantic. Then it quickly develops into a much more desperate kind of thing, which is of much greater interest for genre fans. According to the official synopsis:

"Dani doesn't exist for himself, but only to take care of his ailing father. When he dies, Dani not only buys a ticket to travel around the world, but he first lets himself get swept away by Mila on a night that is so dark, he might not be able to go on his trip.

"David Victori, for whom Ridley Scott produced his short film Zero, turns Mario Casas into a man who has never harmed a fly, at least not until he finds himself caught up in a frantic spiral of sex, drugs and violence."

Elisabeth Larena also stars. Check out the trailer below.

Do you feel this content is inappropriate or infringes upon your rights? Click here to report it, or see our DMCA policy.
David VictoriElisabeth LarenaMario CasasSpain

More about Cross the Line