Michelle Jenner leads the voice cast in an anime adaptation of Laura Gallego's popular YA book, now streaming on Netflix. 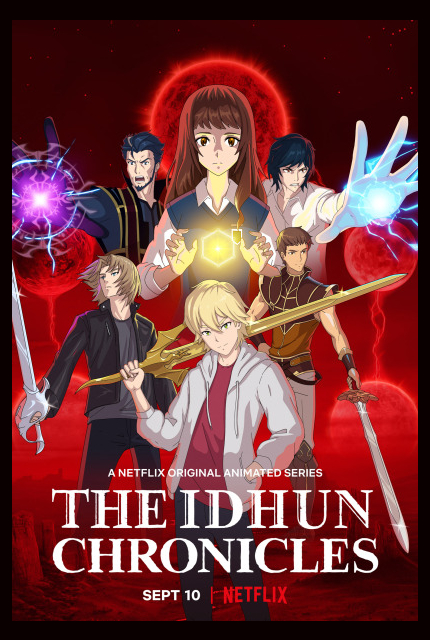 Ahead of the Fall 2020 anime season, the first chapter of a new Spanish-language series has already kicked up controversy among fans.

First published in 2004, Laura Gallego's Memories of Idhún. La Resistencia kicked off a trilogy of fantasy novels that became immensely popular. Following three primary characters -- Victoria, Jack and Christian -- the books are set in a world called Idhún, where magic reigns the day and dragons threaten an eternal night.

The books serve as source material for the first Spanish-produced anime series from Netflix, The Idhun Chronicles. The series debuted on September 10 and fits squarely inside Netflix's strategy to attract creative content from everywhere, most of it available to most of its worldwide audience.

Even before the series debuted, however, it managed to kick up some controversy among fans in Spain, according to CBR.com, because Netflix replaced the original voice actors with actors with little to no experience in voice performances, leaning on actors from the uber-popular, Spanish-produced live-action series Elite. The notable exception comes in the person of Michelle Jenner, who voices the leading role of Victoria and is quite experienced in voice acting. (She may also be familiar to ScreenAnarchy readers from her performance in Nacho Vigalando's Extraterrestrial (2011).)

As a person of mixed heritage (half-Irish, half-Mexican) but only limited fluency in Spanish as spoken here in the southwestern U.S., I can't comment on the voice acting, specifically, though in general it sounded a bit flat at times, again with the exception of Jenner's work, who made me think that her character is older than her age in the series.

The animation itself, though, is quite good and easily draws the viewer into the story, which starts with an opening sequence that engages the mind and eye, also serving to introduce Jack. To rescue him from a situation that threatens his life, Jack is transported magically to a world that is located somewhere between Earth and another planet where Evil dwells. Here is where Jack meets Victoria who, like him, has been transplanted to the planet called Idhun, for reasons that she does not yet fully understand.

Self-rated TV-14, the series is aimed at young people in that age group, as it features themes and content that may be disturbing for viewers younger than that, though, of course, your children and your choices may vary. Having only five episodes (each less than 30 minutes) seems to make everything move faster and makes it easy to binge, but all the episodes remain logical and easy to follow from a narrative viewpoint.

It's filled with fantasy adventures featuring human characters, as well as more magical beings and creatures, and it's consistently diverting and entertaining. I'd welcome more seasons, based on the author's other two books, but Netflix has not yet announced if any more episodes will be produced.

Read more about the production of the series at Variety.