Even though Lloyd Kaufman, co-founder of Troma Entertainment and director/star of #ShakespearesShitstorm, has a new movie to promote, his mind is always on the problems that American independent cinema has faced for years.

“The independents in America don’t have any help from the government, in fact the big guys get the help because there are all these tax loopholes, millions and millions of dollars of tax loopholes to encourage Sony and Rupert Murdoch and those folks, but not to encourage Troma or any other independents. Unless you’re very, very politically correct, that means you got to make a movie about the coal miners or something, which I’m not too interested in right now”, stated the filmmaker at a round table organized by the Fantasia International Film Festival.

With #ShakespearesShitstorm it’s clear that political correctness will never be part of the DNA of the creators of The Toxic Avenger and Tromeo and Juliet. Based on William Shakespeare's The Tempest, the film is a whirlwind of mutants, gore, sex, drugs, shit (obviously) and irreverent social satire. On this occasion, it pokes fun precisely at the “wokes” and the “social justice warriors”, who nowadays have taken social media to preach morality and “cancel” those who don’t think like them. 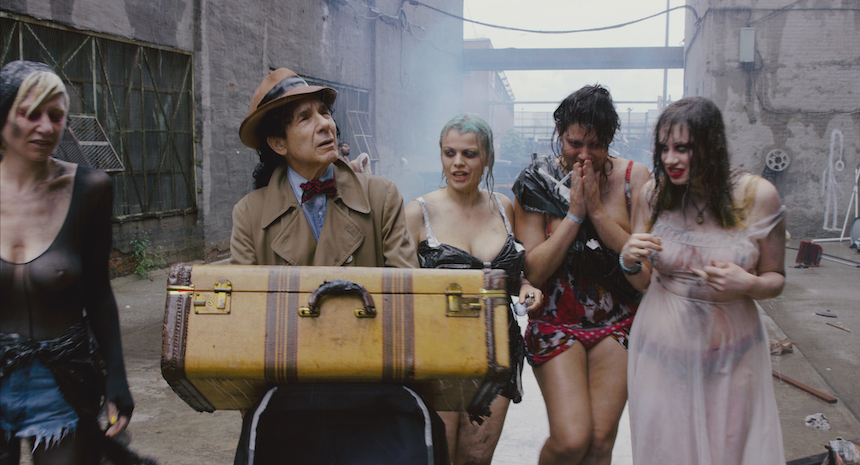 “I know enough about Shakespeare, he would love #ShakespearesShitstorm, without a doubt. Almost all these guys have been blacklisted or censored. We are living in an age in the United States where we have free speech as long as we don’t say anything”, revealed Kaufman.

The "independent thought" that Kaufman supports continues to face an unequal battle against the Hollywood machine that produces multimillion dollar movies, which are naturally less and less risky, in order to satisfy a mass audience. According to Kaufman, “the worst part, and I’ve written seven books all of which discuss this theme, is the media conglomerates, which are now owned by phone companies or electrical parts makers like Sony. They’re not movie companies, they’re not art, it’s a business, it’s a business of committees. Then there are very few artists who can leave their mark on the movies.”

“The rules that used to protect the public in the United States from monopoly have all been done away with. The big guys have been able to gobble up competition because they own and control the theaters. And now they will get rid of net neutrality on the Internet. There will be no more free and democratic Internet. The price will go up and the giant conglomerates will have the right to slow down your art, which they call ‘content.’ It’s a disgusting term. Meanwhile AT&T, the owners of Warner Bros., will go fast on the superhighway for the elites”, added Kaufman. 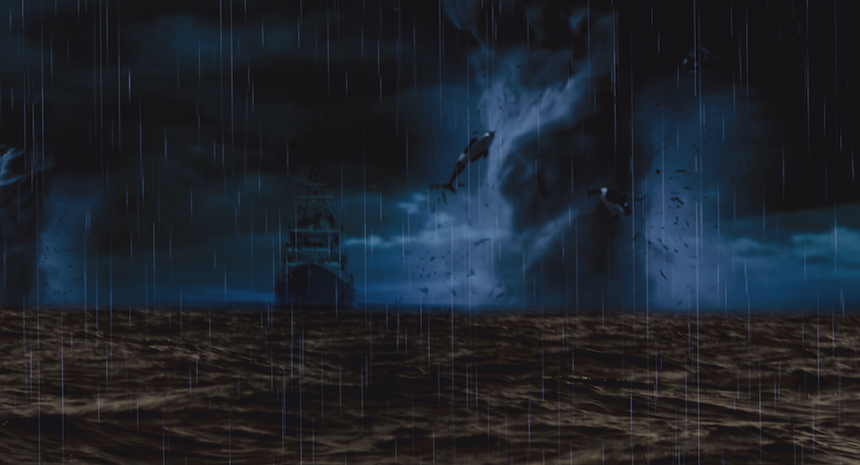 Despite this complicated outlook, Troma is celebrating 46 years of filmmaking in a big way, with the premiere of their best film since Poultrygeist: Night of the Chicken Dead and a solid fan base. They have been key to the longevity of the company. “The making of the film was very challenging, it’s a $50 million dollar movie made for less than half a million US dollars. We also had to film in Albania for eight days. It was very, very difficult.

"But everyone on the movie was a fan, they were very enthusiastic about working on something that they truly believed in, it wasn’t a job for them, it was art. They were paid but it was art, and they were paid about 10% of what they normally would get. It was a very devoted group, they paid their way to go to New York to shoot and Albania too, we had people from Iceland, England, France, Japan and Canada. #ShakespearesShitstorm is, without a doubt, the most interesting film that I have directed”, he remarked categorically.

Kaufman is aware that today it's "virtually imposible to start a real independent studio that performs all the functions that Troma does.” Still, it's impossible for Troma's leader not to care about young aspiring filmmakers, to whom he always offers advice in a sincere way: “With the digital world you can make a movie for less money. In fact we have young producers right now, Mercedes The Muse is making a movie for under $25,000 dollars. Also Heidi Moore, she made her movie for Troma, that’s $50,000 bucks maybe. So you can make your own movie for $5,000 dollars”, and he added that:

“The problem is how do you live off your art? You can have a real job, do something good for humanity. You can be a nurse or a teacher. Do what Troma does: distribute yourself and after maybe a few years you’ll have enough movies that bring you revenue so you can be a full-time filmmaker. We have millions of fans and it’s mainly personal contacts, doing what anyone can do. You can go to the conventions, sell your stuff, have fun and build up a fan base.”

Do you feel this content is inappropriate or infringes upon your rights? Click here to report it, or see our DMCA policy.
Fantasia 2020Fantasia FestHeidi MooreLloyd KaufmanMercedes The MusePoultrygeist: Night of the Chicken DeadShakespeares ShitstormThe Toxic AvengerTromeo and Juliet