PRECARIOUS Trailer Teases Fantasy, Adventure and Something That Is Quite Unique 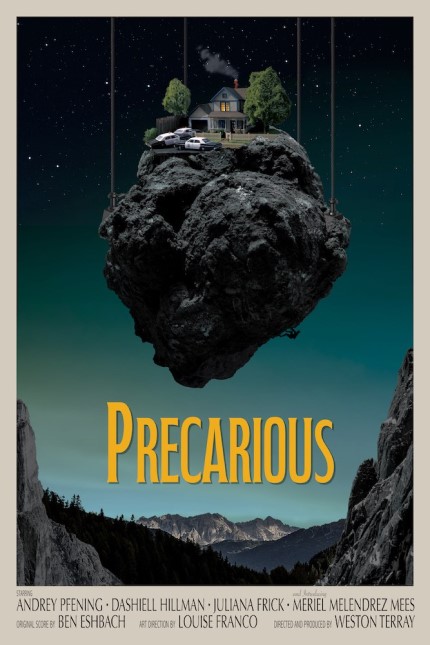 Something quite unique appears to be unfolding in the first Precarious trailer: a wild imagination.

The trailer, which can be watched on the film's official site, looks absolutely splendid and is quite intriguing. Directed by Weston Terray, cast members include Andrey Pfening, Dashiell Hillman, Juliana Frick, and Meriel Melendrez Mees. The film debuted at Fantasporto earlier this year, and this is how it was described:

"Henry travels to a small town to run an errand for his rock collector father. The task quickly grows into a sprawling adventure that catches the attention of the wealthy heiress Ruby and the ambitious newspaper reporter Clark. A fable set in the 60's, built like an imaginary a dark fairy tale. An original [first] feature of the director. "

Anton Bitel, who has contributed to this site in the past, had this to say, in part, in his review for Projected Figures: "Weird, haunting and very beautiful, Precarious offers up a doll's house of unusual exploits and ingenious escapes, all unfolding on a narrow but accommodating scale."

Visit the official site to watch the video, and keep this film on your radar. Precarious is already booked to play at the upcoming Revelation Perth International Film Festival (virtual edition) and tickets will be available for that screening to viewers in Australia on July 8.

I'm hoping it will pop up at more festivals worldwide, of course, so more of us can see it for ourselves.