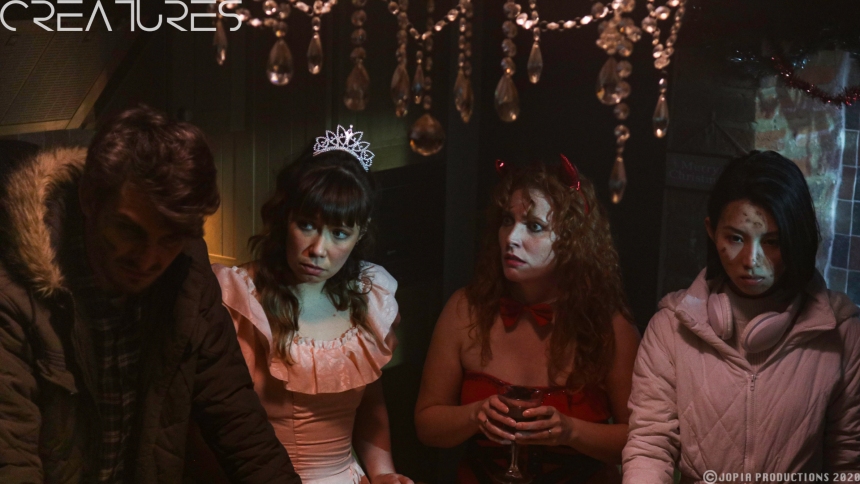 Pitched somewhere in the broad territory between intriguing and risible, a new teaser trailer for the forthcoming Creatures describes itself as an "alien puppet' movie.

The video itself doesn't showcase any obvious, puppet-looking creatures, but the scenes depicted suggest that lunacy -- and wild imagination -- may be afoot. Now in post-production, the official synopsis sets forth the goal: "A group of astronomy students get more than they bargained for after finding an injured alien who is being targeted by a group of bloodthirsty alien creatures."

Shot in the UK just before lockdown began in February 2020, the Christmas-themed feature reportedly mixes practical and visual FX. Tony Jopia is directing, with the intention of delivering "a non-stop action, sci-horror comedy packed with badass nasty aliens."

More information is available at the official Facebook page. Watch the teaser trailer below.