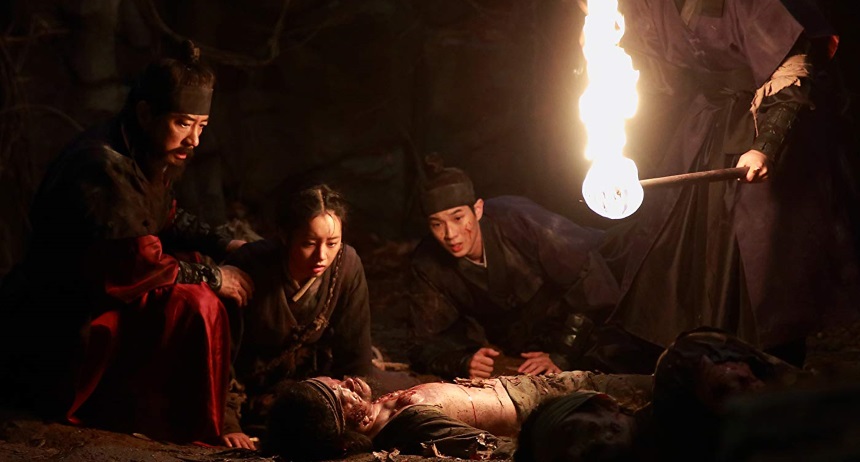 Several entries were added to the sub-sub-genre of Korean history-slash-horror films in 2018 (and there's even a Korean historical zombie series, Kingdom, on Netflix). The Imagine Film Festival showed one of these early in 2019: Korean director Huh Jong-ho's historical action thriller Monstrum. I saw it and liked it, so here is my review.

That's easier said than done, though, as a large part of the story deals with the question of whether or not there is actually a monster in the film, and I feel loath to spoil that part of the story for interested newcomers. So how to best approach this? Let's start by saying Monstrum is very silly, very gory, and as long as you put your brain on "entertainment mode" and don't expect this to be remotely as good as Bong Joon-ho's The Host, you'll have a swell time. There are fights, explosions, and there are even a fart joke or two thrown in. Now I'll give a spoiler-light set-up of what the film is about, and after that I'll give a spoiler warning, to be able to discuss things from the last two thirds without having to chew my tongue all the time. Originally published in May 2019, in connection with the Imagine Film Festival. The film is now streaming on Shudder; A SHUDDER ORIGINAL (Also available on Shudder Canada and Shudder UK).