Now Streaming: THE HOLLOW Returns, More Mysterious Than Ever 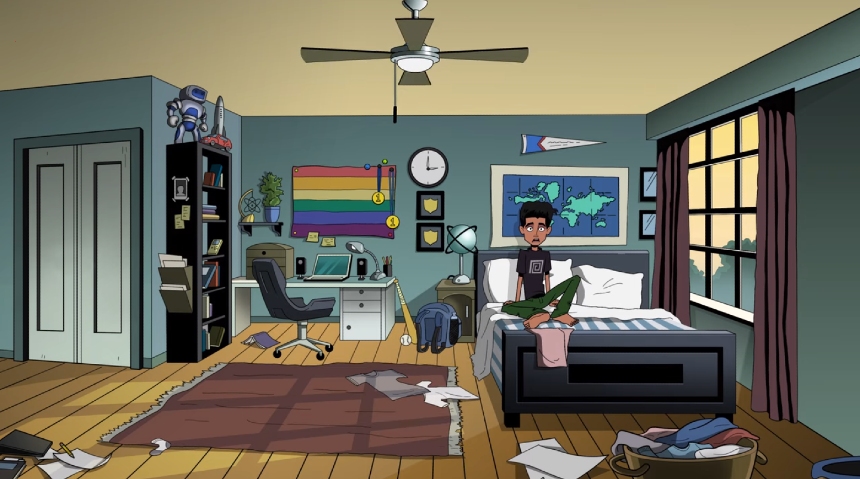 I've said it before and I'll say it again: the leading characters are far more intelligent than I have ever been.

The Hollow
Now streaming on Netflix.

If you've been rooting around in Netflix, looking for something that kids can watch and adults can enjoy too, the second season of the animated series may just fit the bill.

The first season of 10 episodes debuted about two years ago on the streaming service and left me with a a very favorable impression. As I wrote at the time, "Slap Happy Cartoons is the company behind the series; they identify the show as being aimed at kids aged 8-12. I guess I'm just a big kid at heart, because I thoroughly enjoyed 99% of this animated series."

This applies to the new season as well, which allows one to jump into it without having watched the first season. It's a big mystery show, in that it primarily follows young friends who are transported into a game -- granted, a familiar premise -- and then prompts them to think their way out of the situations in which they find themselves.

It is positive and educational for young people, in that it encourages them to think for themselves and to be kind to others. In the new season, the series maintains its generally light tone, even while the small group encounters life-threatening perils on a daily basis. They seem to have been transported back to their "real lives," but it's not long before their suspicions about the true nature of reality are proven to be real, if that makes any kind of sense.

For adults, it's lively and smart and funny, plus it features nearly-continuous action scenes. You don't necessarily need to stay glued in your chair, watching every moment, in order to follow it, but it bears resemblance to snacks that are nutritious, yet still fun to eat.

Summing up: Deliciously energetic and -- horrors! -- sneaky smart about the lessons it shares, without ever becoming overbearing.

Do you feel this content is inappropriate or infringes upon your rights? Click here to report it, or see our DMCA policy.
Adrian PetriwAshleigh BellConnor ParnellMark HildrethNetflixSlap Happy CartoonsUS