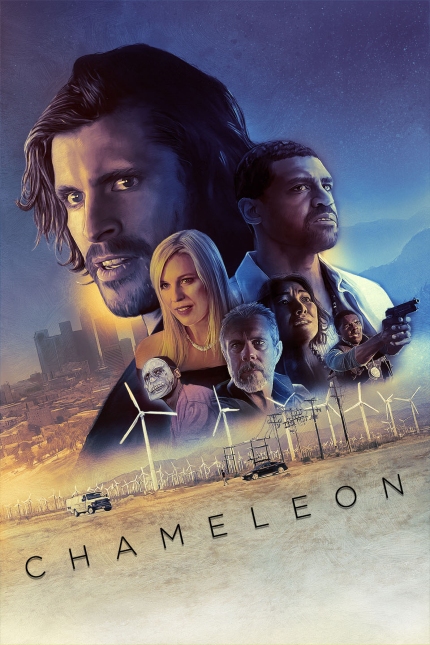 When was the last time you got a good haircut? (No, I am not channeling my father.)

In the suggestive, somewhat mysterious new trailer for Chameleon, we see someone cutting his own hair in a mirror. (Why didn't I ever think of that?) Given the title of the film, it's easy to presume that this character is not doing his own grooming because he just can't take the ungainly accumulation of hair on his head.

No, he is definitely disreputable in some way, a thought that is confirmed in the balance of the trailer, and also in the official synopsis:

"Chameleon tells the story of two ex-cons who scam L.A. trophy wives and their rich older husbands. Recently released ex-con Patrick is unable to find a legitimate opportunity to get ahead and stumbles back into a life of crime when unpredictable Dolph, whom he owes for protection while in prison, pays him a visit.

"Patrick and Dolph begin a series of scams that involve seducing and kidnapping Los Angeles trophy wives in order to extort money from their wealthy husbands. But their latest victim, Rebecca, is not who she seems. Rebecca threatens to ruin everything just when Patrick has had a change of heart and is ready to call it quits."

Enjoy the trailer below, which dips and dukes its way through a sunny landscape that is filled with shadowy people. Perhaps you'll get some tips for cutting your own hair? Or, per chance, inspiration for your own crime spree? We have a few still below as well; click to embiggen. More information is available at the official site.