Australian RELIC Heads for U.S. Release in a Dark Summer 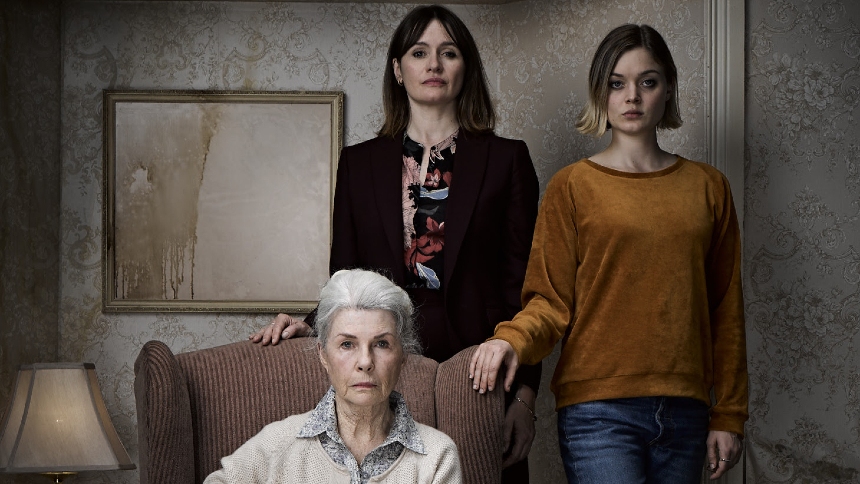 Releasing a horror film during the summertime may sound counter-intuitive, but actually it sounds quite fitting for Relic, an Australian dramatic thriller.

Promising "a fresh and terrifying twist on the notorious haunted-house tale," Relic stars Emily Mortimer and Bella Heathcote as Kay and Sam, respectively, a mother and her daughter who rush home after Edna (Robyn Nevin), Kay's mother (and Sam's grandmother, of course) inexplicably disappears. Then, Kay and Sam find "clues of her increasing dementia scattered around the house in her absence."

That's a heart-stopper right there, especially for those of us who have personal experience with dear loved ones and "increasing dementia" -- no jokes here, just sadness. But, as the official synopsis continues, more mysteries await.

"After Edna returns just as mysteriously as she disappeared, Kay's concern that her mother seems unwilling or unable to say where she's been clashes with Sam's unabashed enthusiasm to have her grandma back.

"As Edna's behavior turns increasingly volatile, both begin to sense that an insidious presence in the house might be taking control of her. All three generations of women are brought together through trauma and a powerful sense of strength and loyalty to face the ultimate fear together."

Even if you don't have personal experience with someone suffering from dementia, I'm sure you can sense the potential for horror in those words. And Emily Mortimer and Bella Heathcote definitely have the goods, by which I mean the capacity to unleash all kinds of terror through their reactions to terrible things happening.

Directed by Natalie Erika James, Relic debuted at the Sundance Film Festival in January 2019. IFC Midnight will release the film on July 10, 2020 in theaters (obviously, only if available) and also On Demand / Digital Rental. No official trailer yet, but I'm hoping one emerges soon so it can wreck my spring as well as my upcoming summer.

Do you feel this content is inappropriate or infringes upon your rights? Click here to report it, or see our DMCA policy.
AustraliaBella HeathcoteEmily MortimerIFC MidnightNatalie Erika JamesRobyn Nevin