Friday One Sheet: A PATIENT MAN

Kevin Ward's dramatic indie thriller, A Patient Man, is getting a direct download release next week, and a VOD bow in February, after a short stint on the festival circuit in 2019. By way of a press release, this lovely key art, on brand with a saturated 2019 orange, caught my eye.

What pleases me about this poster is that is a story in three panels: Bicycle commuter boards train. Obviously, it is one of the core elements of the film. But what makes it stand out is that most people, at least many in the suburbs where I reside, would not think to catch a train with a bicycle. And why is the subject of a film about this? Many questions for the casually alert viewer. Unfortunately, few cinema lobbies will display this poster, its release is predominately digital.

Perhaps its precise drawing, and triptych framing, no credit block, no pull quotes, no festival laurels, no fuss, will draw the eye via a phone, tablet or home cinema streaming screen. 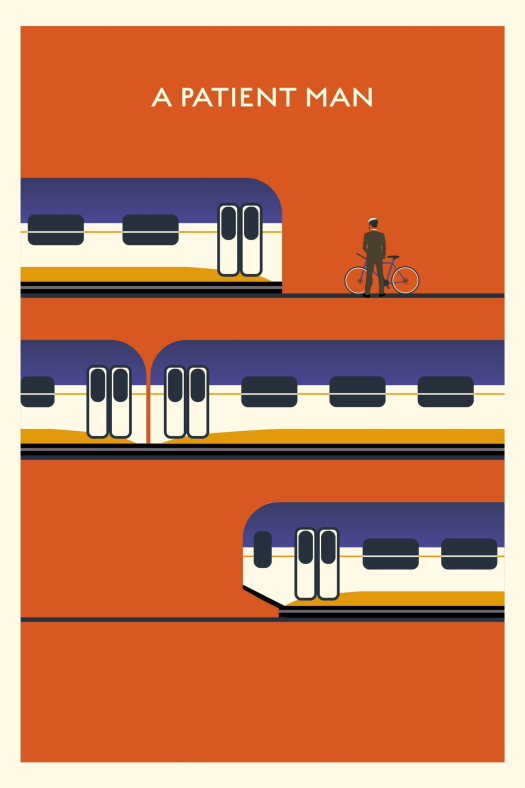