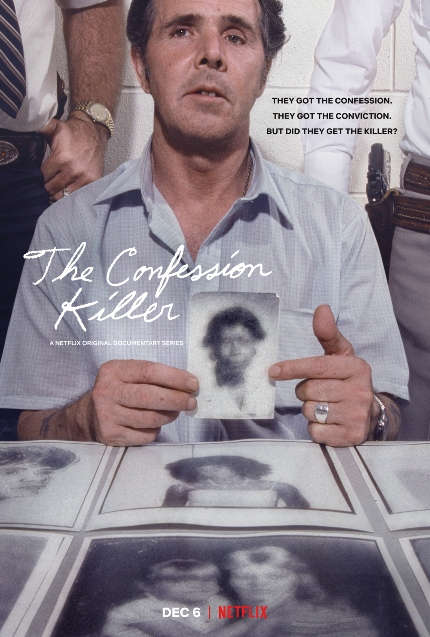 Once upon a time, the name itself struck a disquieting note across the nation.

Quentin Tarantino's 60s fantasy Once Upon a Time ... in Hollywood and its portrayal of Sharon Tate reminded me of the multitude of murderers and their victims that I've seen in movies over the years. In particular, since I was born and raised in Los Angeles, I started thinking about the real-life Hillside Strangler murders, committed by two men who terrorized Los Angeles with their serial killings in the late 70s.

Beyond Los Angeles memories, it also made me start thinking about John McNaughton's Henry: Portrait of a Serial Killer, which I had shoved into the basement of my brain, reserved for especially chilling books and movies and TV shows that I regret ever experiencing first-hand. McNaughton's masterful direction and Michael Rooker's haunting performance as a serial killer, loosely based on the real-life Henry Lee Lucas, gave me nightmares several months after I saw it.

All these memories came flooding back as I watched The Confession Killer, a new documentary series on Netflix. Directed by Robert Kenner (Food Inc.) and Taki Oldham, the five-episode series flies by as it builds its case.

Convicted of second-degree murder in the death of his mother in 1960, Henry Lee Lucas served ten years in prison before being released. In 1983, he came under suspicion in the death of an elderly woman, and then confessed to the murder of that woman as well as his former 15-year-old female companion. In open court, he claimed that he had killed more than 100 women on a multi-state crime spree over a period of about eight years, which thrust him into nationwide notoriety.

In prison, Lucas confessed to more murders, which drew investigators from across the country to visit him in Texas, seeking to "clear" long-unsolved homicides. ("Clear" is different than "solve," as the series explains.) Some families who had suffered for years could, perhaps, find solace and closure in the knowledge that the killer of their loved ones had been identified, even though only a relatively small number on confessions led to trial. Eventually, Lucas was convicted for the murder of 11 people.

By 1985, however, doubts began to be raised by family members who claimed that key details in some of Lucas' confessions were not accurate. Journalists began to investigate further, despite reluctance on the part of some law enforcement officials to cooperate, and their published findings cast a large shadow over Lucas' claims, as well as law enforcement's readiness to accept them without conducting thorough investigations.

Clear-eyed, logical, empathetic and compelling, the doc series considers the questions that have been raised over the years with an eye on the victims' families. As noted in the opening moments of the first episode, if Henry Lee Lucas did not commit all the hundreds of murders that he claimed -- and the series makes the case that he absolutely did not -- then who did?

The implications are broad and disquieting. Really, the possibility that the killers of hundreds of people walked free without any consequences for their murderous actions is outrageous and disgusting. Where is justice when you need it?

Summing up: The compelling series lays out a disturbing case of justice gone wrong.

Do you feel this content is inappropriate or infringes upon your rights? Click here to report it, or see our DMCA policy.
documentaryHenry Lee LucasNetflixRobert KennerTaki Oldham