STAR WARS THE RISE OF SKYWALKER: The Final Trailer is Here, That Charge of The Light Brigade Though 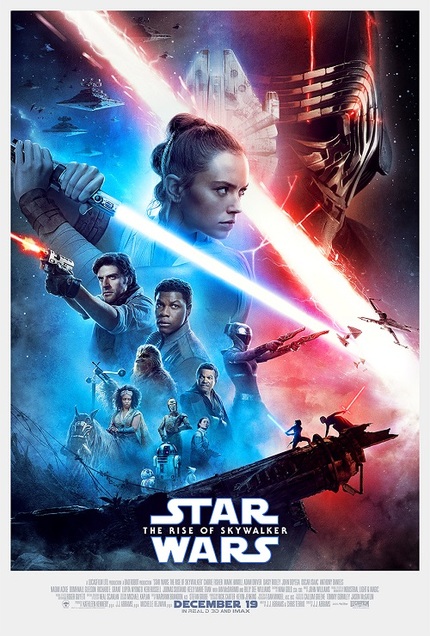 Some day we will find out who in Lucasfilm or Disney has an equestrian fetish.

In the meantime the final trailer for Star Wars The Rise of Skywalker premired last night during halftime of Monday Night Football and swiftly followed up online.

What do we think? What do we see? Well, looks like Rey is training on Endor when she trips up an old rebel fighter helmet in that opening sprint through a forest. Rose appears to be helping with some sort of evacuation which could lead into that very nice shot of that transport grazing the tree tops. Looks like C3-P0 is going to wire himself into some network and sacrifice himself for the cause. There are a couple amazing spaceship shots. Those shots of the Tie Fighters heading towards that iceberg thingy or the Star Destroyer rising out of the ground or some ice could only be topped by that other one of the Millenium Falcon dropping into that deep focused shot of a giant fuck off Rebel fleet.

Then there are the horses.

I was there. I was with it. Right up to that point. Then it had to reel me back in and I do not know if it did. Frigging horses on the deck of a Star Destroyer. Okay then. Whatever you say.

More about Star Wars The Rise of Skywalker