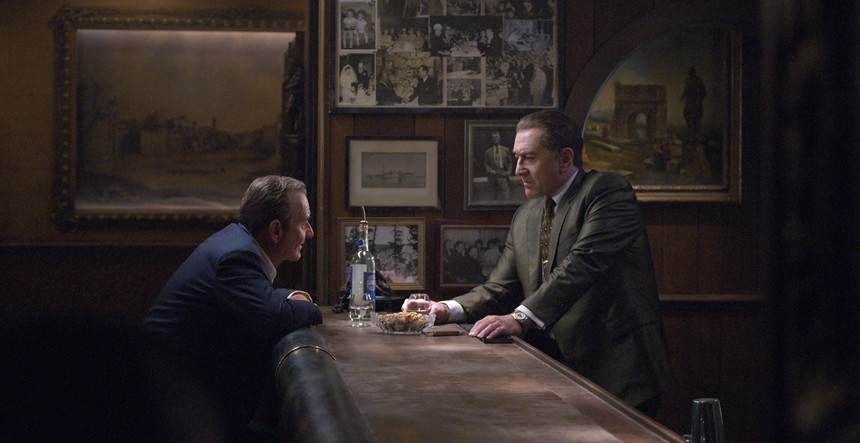 OK, so just when we thought Morelia Film Festival was reclaiming their title as Mexico’s top film festival – because they announced the visit of acting titan Robert Redford after presenting a terrific program, with highlights like The Lighthouse and Portrait of a Lady on Fire – the Los Cabos International Film Festival revealed just about the biggest news in the entire year, as far as national film festivals go.

The highly anticipated The Irishman, master Martin Scorsese’s long-gestating three-and-a-half-hour gangster epic, is set for Los Cabos’ opening night on Wednesday November 13, certainly one of the few chances to watch it on the big screen before it goes to Netflix worldwide on November 27. It will be the Latin American premiere of Scorsese’s latest, which was hailed as a true masterpiece after its world premiere at the New York Film Festival back in late September.

Based on the book I Heard You Paint Houses, which tackles the life of war veteran and mobster Frank “the Irishman” Sheeran, including his relationship with labor union leader Jimmy Hoffa, The Irishman has what is arguably one of the greatest cast of the entire decade: Robert De Niro and Joe Pesci worked again with Scorsese after many years (1995’s Casino is their previous collaboration), while the great Al Pacino was directed by Marty for the first time ever. Aside of that killer main trio of actors, we have Harvey Keitel, Anna Paquin, Ray Romano, Bobby Cannavale, Kathrine Narducci, Jesse Plemons and Stephen Graham. Amazing, indeed.

Los Cabos’ fantastic announcement also confirmed that De Niro himself, one of the greatest actors of all time, will be at the Mexican festival to present The Irishman. In the past De Niro has visited Mexico to promote his restaurants, but never for a film festival, which makes this news particularly exciting.

I think this is enough to make a trip to Los Cabos worthwhile, but we have yet to discover the festival’s full program; aside of The Irishman, so far we only know that Ira Sachs will be the “spotlight director” and that the festival will present three of his films: his latest Frankie as well as Love Is Strange and Keep the Lights On. So stay tuned for more news and Screen Anarchy’s coverage from Los Cabos (to be celebrated from November 13 to 17).

Do you feel this content is inappropriate or infringes upon your rights? Click here to report it, or see our DMCA policy.
Al PacinoJoe PesciLos Cabos 2019Los Cabos International Film FestivalMartin ScorseseRobert De NiroThe Irishman