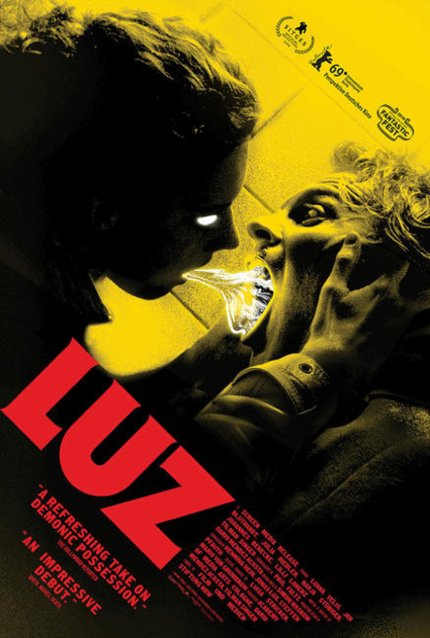 In 2018, at the Berlin Film festival and then later at Fantasia, a wildly sophisticated student film by the name of Luz, flabbergasted moviegoers and blew some minds.

The story of a demon attempting to possess 'the girl that got away' by way of police hypnosis/interrogation session is equal parts Dario Argento, Christopher Boe, and Apichatpong Weerasethakul, but wholly its own, demented thing. It is difficult to believe it was a student project, and the result was a quite successful run on the festival circuit, and a domestic theatrical release that begins on July 19.

It was some time ago, and well past midnight in a cluttered back office with a kitchen on the Concordia University campus in Montreal, when I met up with director Tilman Singer and his production designer and producer Dario Mendez Acosta. We were generously provided a bottle of thick, dark Nova Scotia Rum, and we jammered at each other about school, cinema and the things we love, in a gentle frenzy of drunken camaraderie.